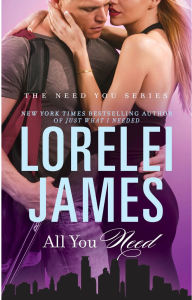 All You Need; The Need You Series (Series)
by Lorelei James (Author)

Lorelei never fails to leave me with a huge book hangover. Her mastery of the written word creates believable characters that wrap around your heart, nestle in, and take up residence. She is the queen of love stories.

Axl “The Hammer” Hammerquist is supposed to turn his image around, according to his new agent. There is only one little snag. A hot little snag, Annika Lund. She just happened to be the kindling to his fire, not exactly what he had in mind to tame his wild image, but his agent had other ideas. Annika, aka Attila, seemed to ignite everything inside him and practically melted the ice he skated upon for a living. Maybe he could trust her with his secrets and they could actually speak the same language for once.

Annika Lund, termed the Iron Princess, is a hard-ass business woman who typically dominated the business world, yet when she came face to face with one Swedish hockey player, Ax-hell Hammerquist, she seemed to lose her mind. Unable to say no to his agent’s request to be set up as his fake girlfriend she finds herself in the one place she has a hard time wearing her iron facade. Axl works his way under her skin as their fake relationship takes on more meaning to them both. Before they both know it they are in too deep speaking a common language, love, but can they survive the fallout of their fake relationship to make things real?

Meet up with the entire Lund family for catch up and potential meddling. Also see glimpses into potential family members where future novels may arise. (At least a huge fan can always hope.) A sure thing, Jensen Lund is up next, in When I Need You, releasing this summer, July 2017. 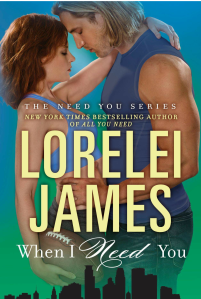 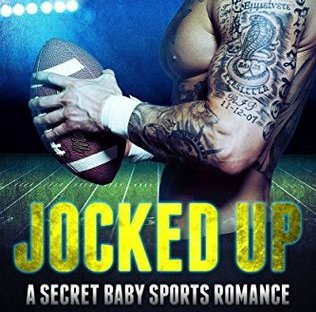 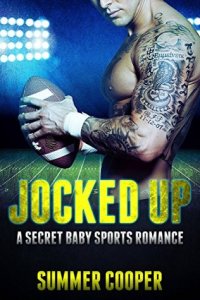 Jocked Up begins with Bethany Amberson, a single mother, who’s made it on her own and seems content with her life that is until Drake Saterlee returns home for a visit. You instantly know that this is a man she never cares to see again, ever. There is some mystery surrounding the circumstances of their previous relationship for awhile, but the backstory fills in as the plot moves along. Once Bethany finally agrees to go out with Drake, the reunion date is probably my favorite part of the book. It is quite funny as she prepares for her date, there is no way she is going to allow Drake back into her life, much less her panties, so dressing practically like a nun is his punishment.

This is a second chances HEA book where the hero has to make a decision if family comes before his career and the heroine must decide if pride comes before her ultimate happiness.

Jocked Up moves from first POV in Bethany’s thoughts to third POV when Drake interjects. The switch in point of view is also a first for me, but was easy enough to follow along once I realized what the author was doing.

Overall, the storyline is good and the characters are likeable, although there were a few plot holes and some conclusions that were assumed by the characters where suddenly all seemed right. If Summer had taken just a bit more time to fill in the holes I think this would be an excellent 5 star read as her writing style is easy to follow.

Summer Cooper is a new author read for me.