Jeffrey is a single father raising two girls on his own ever since his wife passed away. Doing the best he can, his main goal is to not mess his children up, or at least any worse than losing their mother already has. Meeting Gina and her nephews while on a cruise was probably the worst thing he ever could have done. Not only is one of her nephews making out with his teenage daughter, his youngest daughter says she’s going to marry the savage five year old. Oh no, not on his watch. His daughters are going to live with him until they are at least thirty. And when he meets Gina, he begins to understand why the boys are so out of control, she barely looks over age herself, and she’s a sex therapist to boot! Nope, nope, nope. No matter how attractive Jeffrey finds the little sprite, he refuses to give in to his urges. Even when she prescribes him all the orgasms he can handle on a prescription note no less.

Gina has a certain type of man she sleeps with. She doesn’t date because she doesn’t do relationships, but she does like sex. When she meets Jeffrey while on the cruise, she can’t explain why she’s pulled to him because he does not fit into her type at all, but when she gets an itch, she needs to scratch it. She never expected to feel the pull over and over again, but she also wasn’t one to deny scratching her itch. When she begins to feel things for the man who fell out of her doppelbanger zone she doesn’t understand how to back out of a non-relationship when she technically isn’t in one, but sort of is. Maybe it’s just gas and whatever she’s feeling will go away. Maybe she just needs to get back out there again and go back to her regular dopplebanger diet, but what happens when all you want is a cranky, single dad who doesn’t seem to want you back?

LOL funny! Dopplebanger contained so many comical moments I did begin to wonder if they really happened either to the author or to someone she knew. Practically every moment on the page that the heroines spent with children, and there were numerous pages that contained these very moments, were riddled with adorable laughter. The little ones especially would have made me want to hide under a rock with the “no filter” stuff that pops out of their mouths, but since they are not my children it is literally the funniest stuff to read, ever.

The laughs don’t stop there. Jeffrey is comical in his overly protective “dad” ways, even in the moments he spends with Gina. Their instant dislike for each other, yet hot chemistry making for a hate-love relationship that will singe the pages is sneaky in the way Heather Orgeron suddenly gives us feelings for two people who shouldn’t have feelings for each other. That was never part of the plan. Too bad things don’t always go according to plan.

Dopplebanger is a fun, LOL read filled with a lot of heart. 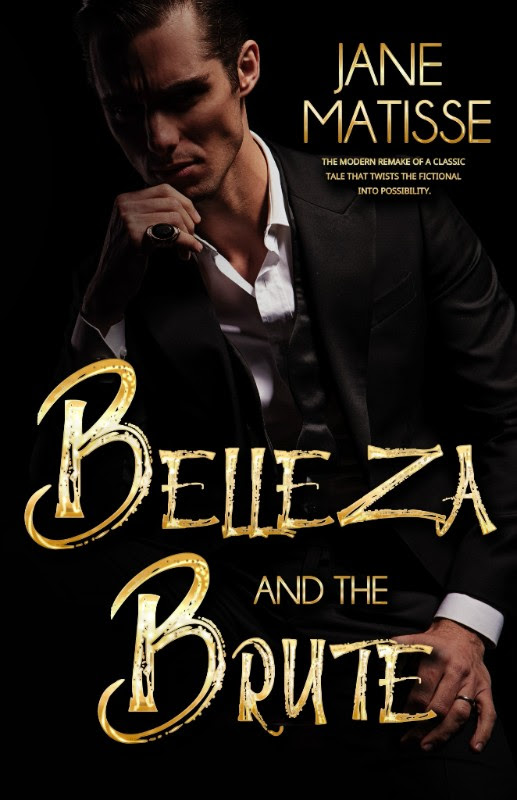 The modern remake of a classic tale that twists the fictional into possibility.

When two lost souls are brought together in an unlikely circumstance, it’ll take more to scare this feisty beauty away from a domineering beast. A story of love, loss, and learning to accept when life gives you a second chance.

Elena Salazar has taken care of her gambling-addicted brother since her parents’ death. When he calls her late one night asking for help, she’s thrown into Tristan Mercier’s life and is at his mercy. Unable to pay her brother’s debt, a contract is signed: she will live and work for Tristan for six months while her brother is sent to rehab.

Tristan Mercier is scarred, both physically and emotionally. He lost his happily ever after five years earlier in a fire that nearly took his life. He’s broken and bitter, but with Elena’s arrival, things are changing, and the feelings he thought long buried begin to resurface.

Can this brute open his heart to give his belleza a chance?

Jane Matisse is a professional introvert who began reading romance novels at the age of thirteen. She graduated with a BA in English Literature in 2014 and has been working hard ever since to put her degree to good use. Although it took her two years to finally finish her very first rough draft, she is thrilled to have recently released her debut The Blogger and the Hunk.

Matisse loves all things Jane Austen, will choose tea over coffee any day, is a Phantom of the Opera aficionado, and has been an avid book blogger since 2013. She currently lives in SoCal with her family and three fur babies: Max, Thumper, and Percy.