We dare you not to fall for Mark & Emmie!
Loyal Subjects by Eva Charles releases June 14th!!

KEEP READING FOR AN EXCERPT! 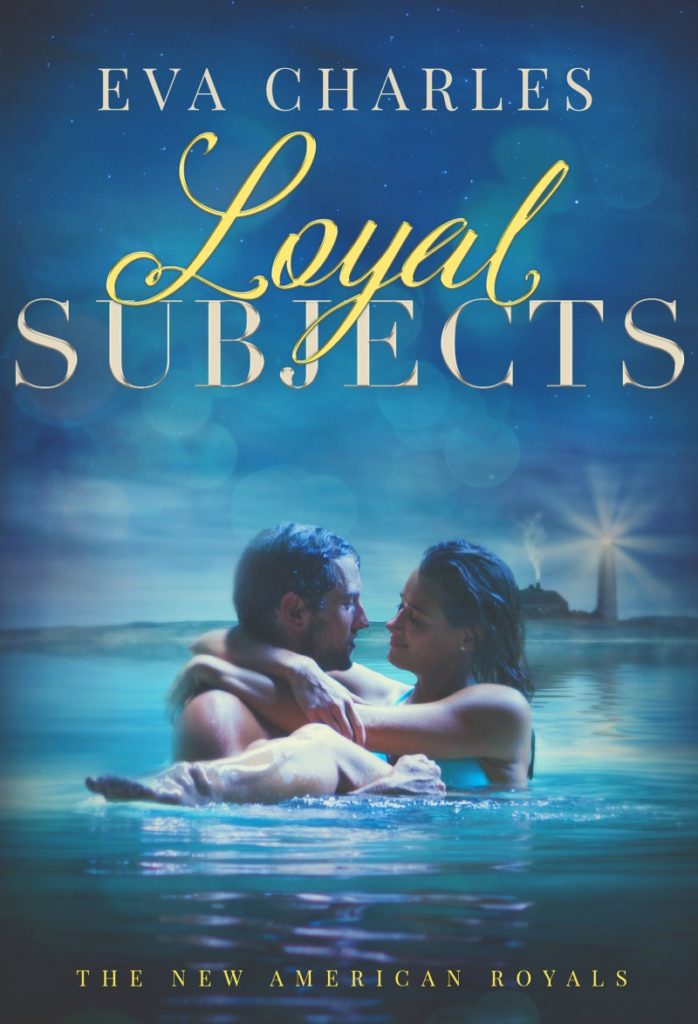 Emmie Landon is off-limits. She has a young son, works with my brother Jake, and lugs around enough baggage to fill an entire football stadium. But I can’t resist her long, shapely legs and thick, soft curls, begging to be wrapped around my hands.

Mark Harrington is too-everything. Too good looking, too funny, too charming, too brutally honest, too impulsive. He’s accustomed to getting his way, and never afraid to throw down the gauntlet. So what if I can’t stop thinking about his devilish blue eyes and his lip-smacking happy trail?

**Despite being volume five in The New American Royals Series, Loyal Subjects may be read and enjoyed as a standalone contemporary romance.** 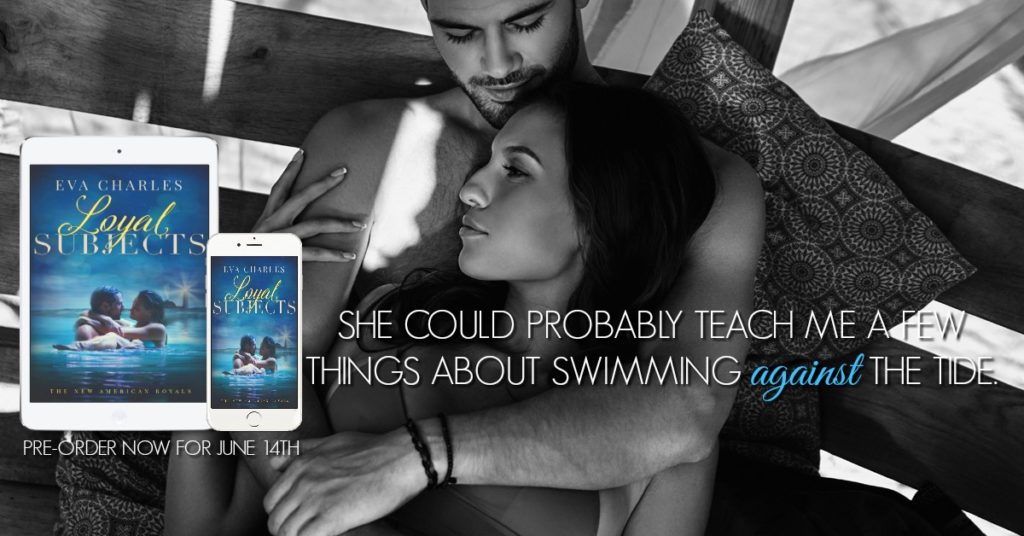 DIVE IN TO THE STORY!

I pulled her against me, and ran my hand up and down her back. “Emmie, I am so sorry.”

After a minute, she jerked away, patting her chest, right below her neckline. “My necklace. It’s gone.”

I remembered something snapping in my fingers when I grabbed her. “I’ll find it.” When we were kids, we spent hours tossing small objects, usually a Saint Anthony medal on a chain—don’t tell my grandmother—into the pool and then scouring the pool floor for them.

After about ten minutes of searching in the area where she’d gone down, I came up with the necklace, and dropped it in her palm.

“Thank you,” she murmured.

“I’m glad we found it. It looks like an antique.”

She nodded. “I don’t think it’s particularly valuable, but I’ve had it for a long time.”

She shook her head. “No. It belonged to Mrs. Rose, my last foster mother. Before she went into the nursing home, she gave it to me. She didn’t need it anymore. Told me to hang onto it for as long as I could, but not to be afraid to sell it if I was hungry.” The lump in my throat grew with every word.

“You grew up in foster care?”

Emmie gulped a few breaths. “Uh-huh.” She nodded, white-knuckling the side of the pool. “It’s not a secret. Not really. But Teddy doesn’t know much about it. He wouldn’t understand. I don’t want to frighten him. And Jake. Jake doesn’t know. I…I shouldn’t have said anything.” She rambled nervously.

I lifted her chin, forcing her to meet my eyes. “I won’t say a word. Not a single word to anyone.” She didn’t seem convinced. “But I hope growing up in foster care isn’t something you’re ashamed of, Emmie. You shouldn’t be embarrassed about it.”

She laughed. A small, anxious laugh with an almost delirious quality about it. Any second, I expected to see fat tears roll down her cheeks. Not happy tears.

I reached for her arm, but she jerked it away before I could touch her.

“Maybe you were right. We don’t need to do this tonight. The swimming lesson can wait for another time.”

She swiped her mouth with the back of her hand. “I made you uncomfortable.”

“You, who’s comfortable with anyone, anywhere. Imagine what it does to other people—the ones who are more socially awkward. Get in touch with that feeling, Mark. The one in the pit of your stomach. The one that made you squirm. What is it? Repulsion? Pity?”

“Then what is it?” she asked, so quietly her voice was nearly drowned out by the crash of waves in the distance. “Do you see, now, why I don’t talk about it?”

I chewed the corner of my bottom lip. The very last thing I wanted to do right now was give her a swim lesson. I had a feeling Emily Landon learned to breathe underwater, years ago. She could probably teach me a few things about swimming against the tide.

I wanted to know more about her life. But I’d gotten all she was giving up tonight. That was for damn sure.

Leave it alone. Leave her alone.

But I wanted more. I wanted to hold her. Comfort her. Cradle her against my chest while she told me about the little girl who’d grown up in foster care, and about the young woman who became a widow long before her time. I wanted to know everything. Everything. That’s what I wanted. 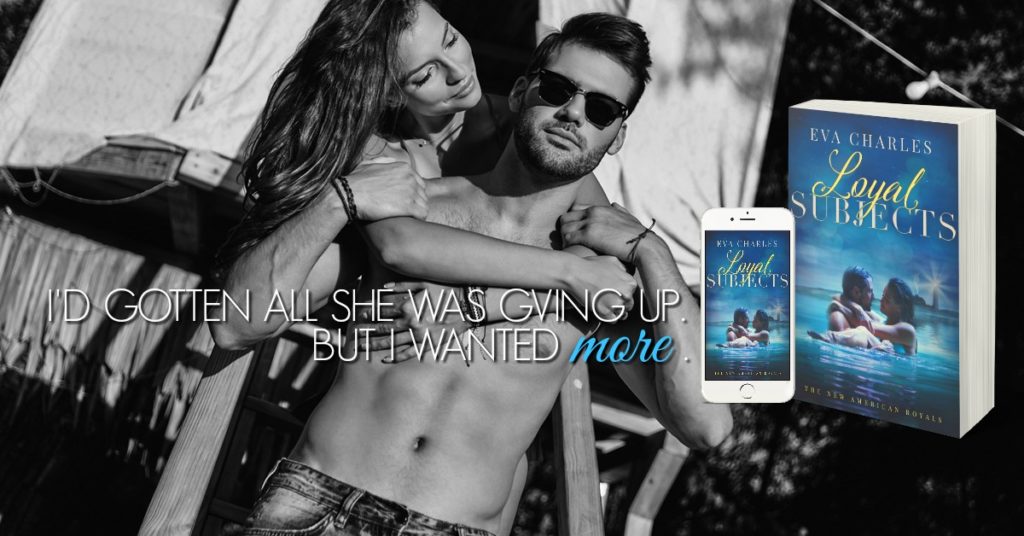 After being a confirmed city-girl for more than thirty-five years, Eva moved to beautiful Western Massachusetts in 2014. There, she found herself living in the woods with no job, no friends (unless you count the turkey, deer, and coyote roaming the backyard), and no children underfoot, wondering what on earth she’d been thinking. But as it turned out, it was the perfect setting to take all those yarns spinning in her head and weave them into romantic tales.