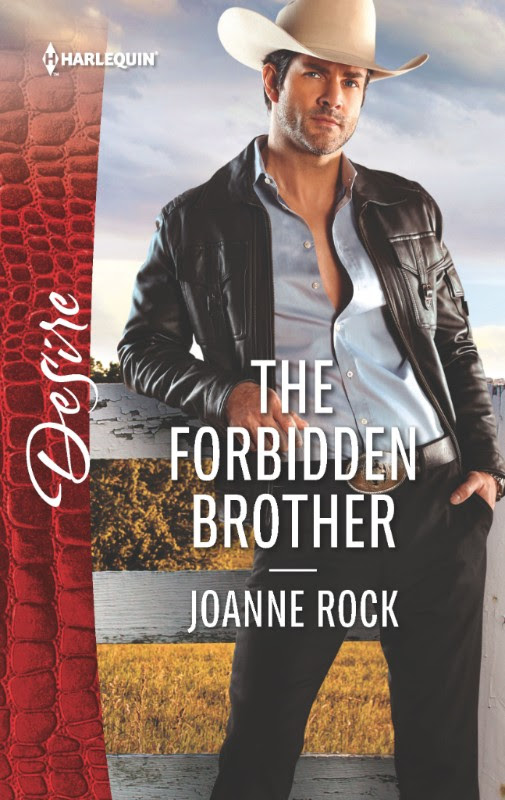 A night of passion and mistaken identity means unmistakable consequences…

Jillian Ross craves adventure. And she gets it, when her new career as a movie location scout leads her to the ranch owned by the wealthy Wyoming McNeills. A close encounter with the playboy McNeill causes havoc—since it’s actually his reclusive twin, Cody, she’s fallen for! Now she’s pregnant—and still can’t get enough of her reluctant rancher. Is this adventure just beginning?

“You’ve improved my Saturday night a whole lot, too.” He liked the feel of her, his hand warming the cool skin through the thin blouse she wore. “It’s been a long time since I’ve thought about anything outside of work.”
Her eyebrows lifted. “Leading me to wonder what you could be thinking about right now.” Her lips curved. “Admiring the Wrangler’s decor? Or maybe remembering how much you like a good George Jones tune?”
He laughed appreciatively. “I do respect a bar that still plays a classic. But the vinyl upholstery in the booths isn’t doing much for me in the decor department.” His gaze skated over her features; he was looking forward to making her blush again. “And I was thinking about you more than anything else.”
His directness might have caught her off guard. She nibbled her lower lip briefly before meeting his eyes. “I haven’t been the center of anyone’s attention in…a long time.”
There was a story there. He heard it in her voice. Saw it in her eyes.
“You aren’t involved with someone else?” He needed to be sure before he let this go on any longer. But his pulse was already thrumming. “I don’t see a ring, but I have to ask.”
“I am very much unattached.” She shook her head, red curls catching the overhead light as she moved. “What about you? No one waiting at home?”
“The only ones who might be missing my presence right now are a couple of rowdy shepherds back at my ranch who would have preferred the night off.” He swayed with her. Her knee brushed his now and again in a way that fired right through him. “But no girlfriend. No wife.”
He respected that she asked, even though she was clearly feeling the same spark as him. And now that those formalities had been cleared away, he could simply enjoy the moment. The completely unexpected pleasure of having a beautiful stranger in his arms. He didn’t want to let go of her now. He wanted to take her outside into the fresh, rain-cleaned night and kiss her. See if she tasted as good as he imagined.
“The stars are aligning for us so far, aren’t they?” She peered up at him with something like wonder in her eyes.
He couldn’t remember a woman ever looking at him quite like that. As if he was the answer to a question. An answer that pleased her.
“It feels that way.” He didn’t want to scare her off with empty pickup lines, or come across as some lowlife playing games with a woman in a bar. But as the music shifted again—this time to an even slower, modern country love song—Cody wondered if he could convince her to let the spark between them run wild. To follow the heat wherever it led. “And since the stars aligning would be a first for me, I wonder if can ask you just one thing.”
He halted them in the middle of the floor, now that the two-step was done. Bringing her fractionally closer, he swayed to the slower tempo in a barely moving lovers’ dance.
She followed him seamlessly, her gaze never straying from his. She was fully focused on him. Framed by dusky brown lashes, those green-gold eyes reminded him of new grass and spring.
“Sure. Ask away.” Her voice had a sweet-sultry quality that made him want to listen to her speak more.
“Don’t you ever wish you could forget about the expectations of the world around you and just…choose your own adventure?” He remembered books like that when he’d been a kid, where you could test out different endings to a story.
For someone who’d always taken the safe route in real life, he had liked the option of seeing how another choice played out. At least in a book. Cody couldn’t do that with ranching. Or his family. But he could take a chance here. Tonight.
Her lashes swept down for a long moment, hiding her expression. But when she tilted a glance up at him again, there was a new curiosity there.
“Are you asking to share an adventure with me?” She sounded disbelieving. But maybe a little intrigued.
“I suppose I am.” He would never have made such an outrageous suggestion to a local—a woman who knew him or his family. But she had “tourist” and “temporary” written all over her. Surely there couldn’t be any harm in drawing out the flirtation? “What would you say to throwing away the rule book for a little longer?”
He let go of her hand for a moment to tip her chin higher, to see her face in the dim overhead light of the dance floor. Feminine interest flickered in her eyes. He inhaled as she released a pent-up breath. He could almost taste her in the space of silence between them.
Then he leaned closer to press his cause. “Choose me tonight.”

…The music from the jukebox drifted in through the open door. The rest of the world was close, but not close enough to see what was happening in here. He paused near her, took off his Stetson and settled it on a wrought-iron hook beside the door. She could see his eyes better now that the brim wasn’t casting a shadow. Jillian let her satchel fall to the floor with a soft thud. Her eyes remained on Carson. The stranger she knew.
Then his hand was cupping her face, tilting her chin. Her eyelids fell, the sensations coming so fast and fierce she needed to focus simply on what she was feeling.
His kiss chased off any reservations she might have had, providing instant clarity about what she wanted. Desire shot through her; it felt like going up too fast in an elevator. Her knees almost buckled, and her whole body was seized with dizzying sensations. She reached to steady herself against him and ended up molded to the hard expanse of his muscles, from her hips to her breasts.
Her instincts took over. Winding her arms around his neck, she sought a closer connection.
For a moment, he kissed her harder. Deeper. She sucked air into her lungs in hard pants when he finally angled back, breaking the kiss to study her.
“Are you okay with this?” he asked, his thumbs stroking lazy circles on her shoulders through the thin fabric of her blouse.
She wanted more than a kiss, she knew now. Much, much more.
“Better than okay.” She laid her palm on his cheek. Willed him to understand what she needed.
Connection. Affirmation. Him.
His jaw flexed; his breathing was as labored as hers. Then he backed her into the wall and she vaguely registered the rough brick against her spine for a moment before he hooked an arm under her hips and hefted her higher. The action slid her along the rigid length of—
Oh. My.
She ran her fingers through his thick dark hair, clearing a path to his ear so she could whisper, “Don’t stop.”

There is a giveaway for 2 of Joanne’s McNeill Magnates stories plus a Texas Cattleman’s Club book, and a sticky note calendar to keep you organized. (1 winner, US only)