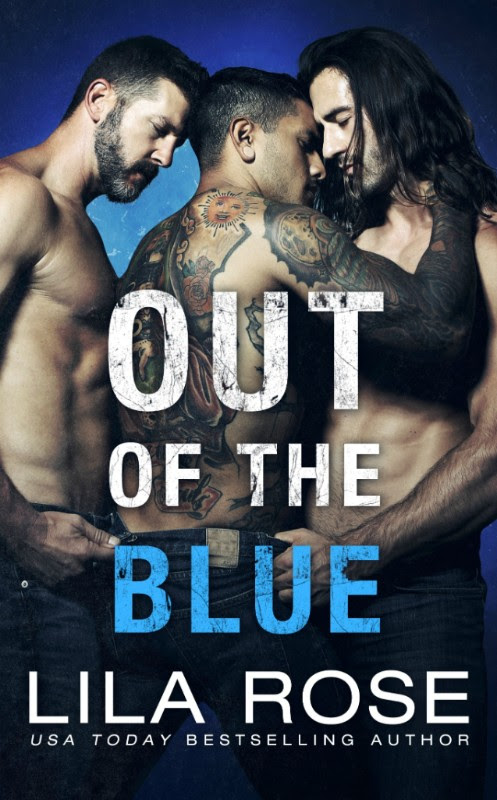 At forty, Lan Davis is looking for his damned picket fence and 2.5 kids. What he doesn’t expect is instead of a wife in the picture, his mind keeps conjuring up images of two men. One, his partner in the force, who is as straight as they came, the other an ex, who he’d hurt but never forgot.

After an incident leaves Lan injured, the two men rally around him… only maybe they shouldn’t have. It seems a medicated Lan is a truthful one.

Parker Wilding is pissed at the world. His anger builds when his partner refuses medical care after an attack. Instead, Lan entrusts his neighbour to take care of him—a guy Parker doesn’t trust. While he’s aware they share a history, when the past is revealed, the truth shocks the hell out of him.

Being emotionally crushed ten years ago, Easton Ravel hoped he would never have to see the man who broke him again. Hope is a fickle b*itch. And now he’s not sure how to handle being face-to-face with the man he once loved. Add in the mix the annoying, testy Parker, and Easton finds his limits are pushed.

Just not in the way he thought they would be.

What happens next sure does come out of the blue.

Lila was born in Brisbane Australia, her step-dad was in the Army which caused them to move around a lot. They finally settled in country Victoria, Australia. Being the youngest of four children she admits she was spoilt a bit. Even drove her mum crazy when she refused to eat meat at a young age.

Now, Lila lives with her husband and two children.

She started writing in 2013 and self-published the first of the Hawks MC: Ballarat Charter series- Holding Out. Since then, she has published eleven other titles, which range from erotica, humorous romance, YA and paranormal.