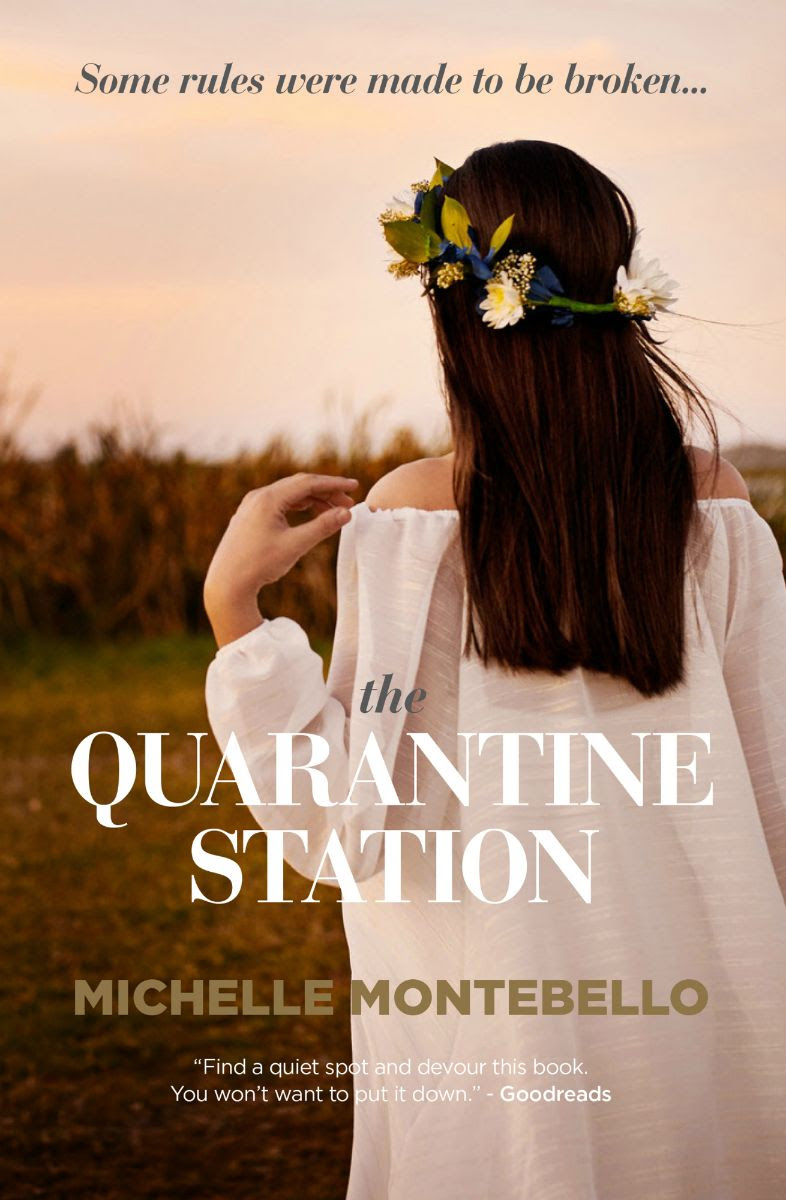 1918 … When Londoner, Rose Porter, arrives on the shores of Sydney with little more than her suitcase, she is forced to take a job as a parlourmaid at the mysterious North Head Quarantine Station. It’s a place of turmoil, segregated classes and strict rules concerning employee fraternisation.

But as Rose soon learns, some rules were made to be broken.

2019 … Over a century later, Emma Wilcott lives a secluded life in Sydney. Still reeling from a devastating loss, her one-hundred-year-old grandmother, Gwendoline, is all she has left. Suffering the early stages of dementia, Gwendoline’s long-term memories take her wandering at night and Emma realises she is searching for something or someone from her past.

Emma’s investigation leads her to the Quarantine Station where she meets Matt, the station carpenter, and together they begin to unravel a mystery so compelling it has the power to change lives, the power to change everything Emma ever knew about herself.

Michelle Montebello is a writer from Sydney, Australia where she lives with her husband and two young children. She is the author of the bestselling Belle Series which earned her 2018’s Best New Author in the AusRom Today Reader’s Choice Awards, as well as a finalist for Book of the Year for Interwoven and Author of the Year.
The Quarantine Station is her fourth novel, a standalone historical romance.
Michelle has a keen passion for reading, writing and travel. 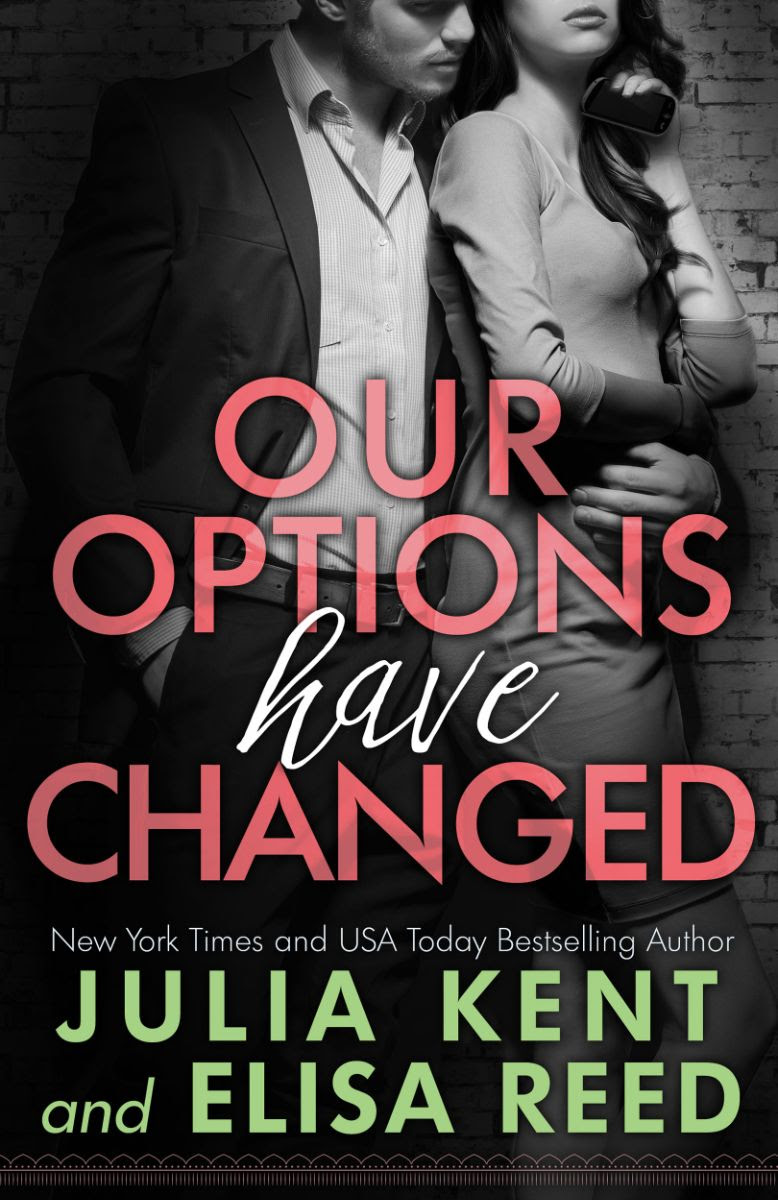 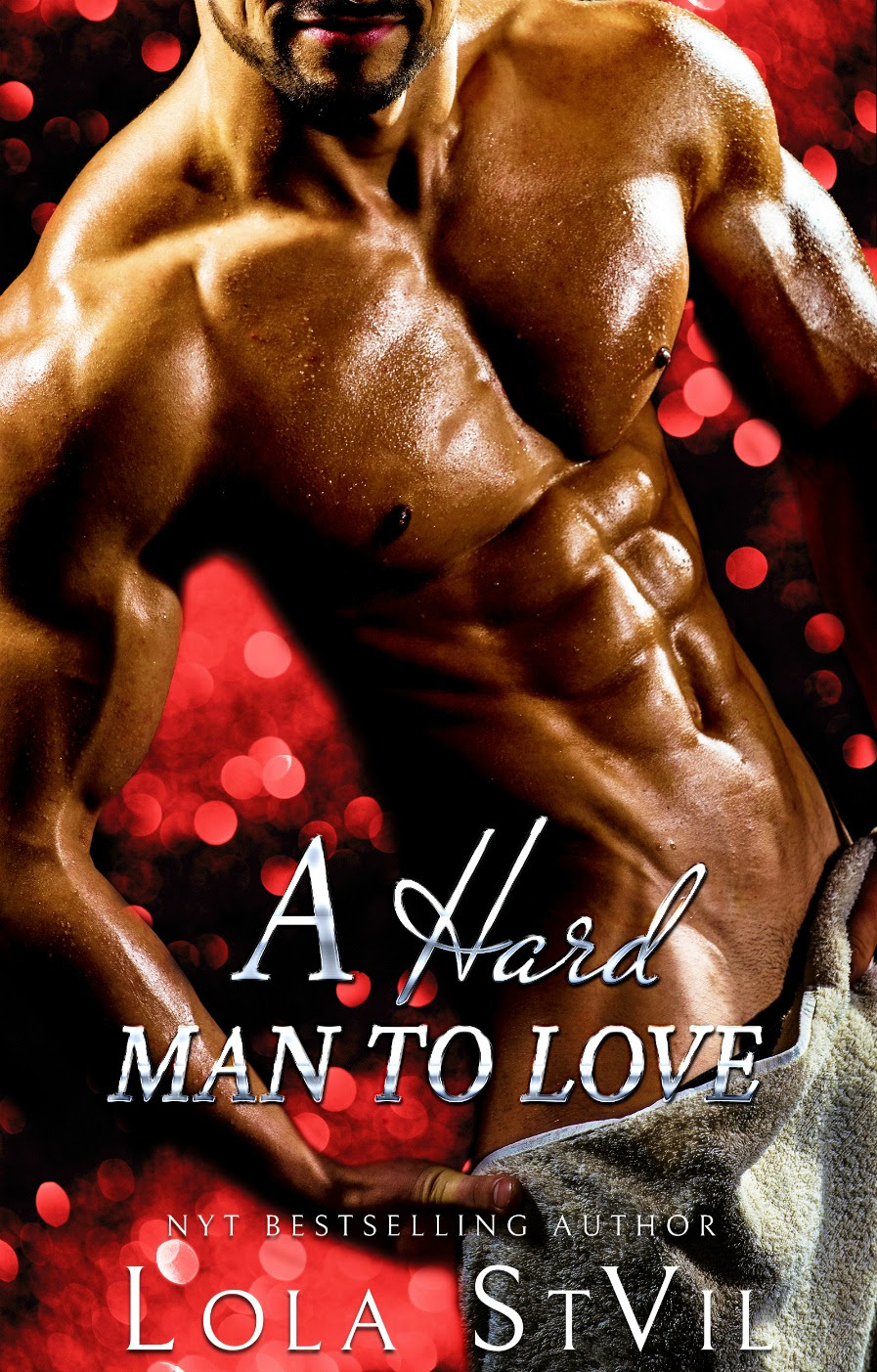 Rex Holden is fresh off a seven-year prison sentence. He finds a gig as a mechanic; tending to a fleet of cars for a wealthy family. Their youngest daughter, Ava Walsh, has just come home from boarding school. She’s eager to tempt the new ex-con working for her Dad. But Rex isn’t like the boys at school. He’s all man. He sees what he wants and he takes it. Ava thought she was done with classes but schools back in session.

Lesson one:  Never tempt an Alpha.

Please note: This is a sexy, safe, short story. It’s also a stand alone, HEA. If you like getting dirty, you’ve come to the right place.

PURCHASE LINKS – only 99c and free in Kindle Unlimited!!

#1 When Daddy Wasn’t Looking – only 99c and FREE in Kindle Unlimited!!

Lola StVil is a New York Times and USA Today bestselling author who writes Fantasy in addition to Contemporary romance. She has written over a dozen books and loves taking her readers on an emotional roller coaster ride. She is currently living in California and enjoys staying in touch with her readers.

There is a giveaway for a $25 Barnes & Noble gift card + a $25 Amazon gift card (2 winners, one US only winner; one international winner) 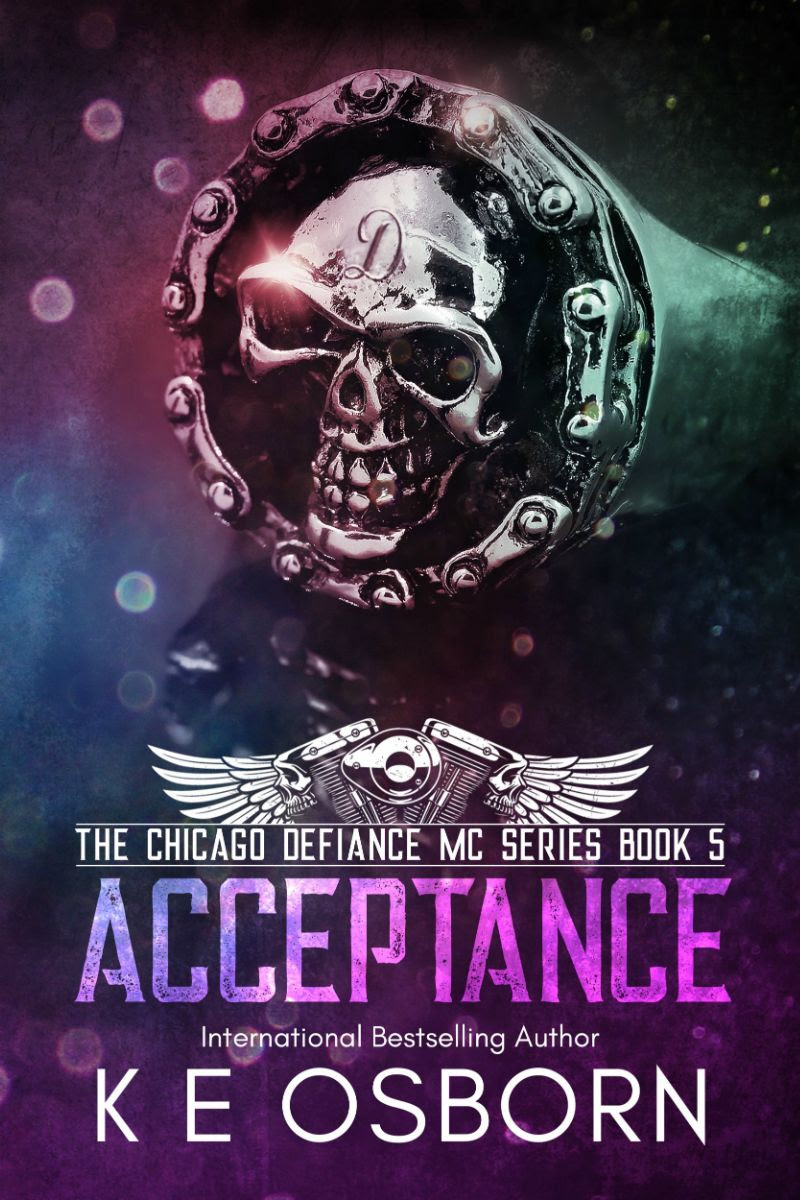 My past—violently haunts my dreams.
My present—belongs to an MC. My brothers, my support, my family, my life.

But what if you left someone behind?
You failed them.
And set in motion a series of events no one could have predicted.
But in deserting him, you found her.
A constant. A guiding light. A connection that can’t possibly not be right.
Or is it?
This story isn’t just two souls finding their connection—it’s lust, treachery, misery, and brutality.

But will I be able to gain my acceptance?

Australian author K E Osborn was born and raised in Adelaide, South Australia. With a background in graphic design and a flair for all things creative, she felt compelled to write the story brewing in her mind.

Writing gives her life purpose. It makes her feel, laugh, cry, and get completely enveloped with the characters and their story lines. She feels completely at home when writing and wouldn’t consider doing anything else. 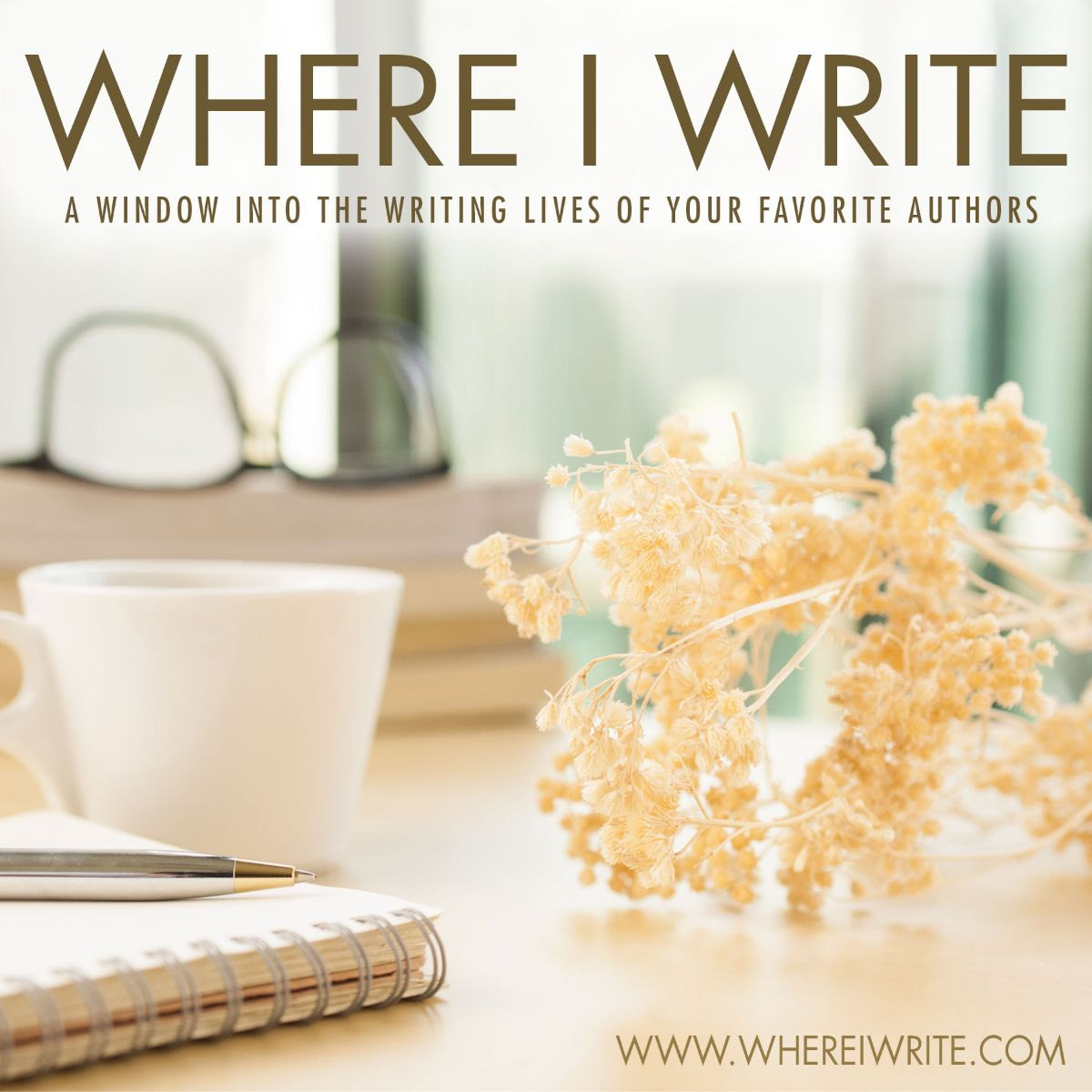 “Where I Write” is a new window into the writing lives of your favorite authors. Whether they prefer noisy coffee-houses or quiet offices, discover where acclaimed authors spin their stories and craft their characters. With this glimpse of the surroundings in which writers work and think hard, be inspired to celebrate your own creative space.

There are 3 giveaways for gift boxes including signed paperbacks and special treats (3 winners, open internationally)

Carly Phillips, Mari Carr and Katie Ashley are each giving away a HUGE gift box including signed paperbacks and special treats. Make sure you enter all 3 rafflecopters.

I saw her first.
Blonde. Gorgeous. Feisty.
I was smitten.

But it didn’t matter because she chose him and he was my best friend and roommate. I’d never be able to compete with that, so I pushed her away instead. It was easy when she lived hours away, and I didn’t have to see her every day, but then she moved in with us.
Now, I’m screwed.

To her singing in the shower every morning, dancing in the kitchen while she makes coffee, and doing yoga in our living room, I can’t stop thinking about her in all the wrong ways. She’s not mine and never will be, but that doesn’t stop me from wanting to push her against a wall and claim her mouth.

She’s constantly on me for making messes, bringing chicks home every weekend, and being a smartass when their PDA gets on my nerves. Considering neither of them know how I feel, it’s not fair for the way I act toward them. I should move out so I can get over her for good; however, the selfish part of me can’t let go.

But then the unthinkable happens…
When my best friend dies in a motorcycle accident, the two of us are left to grieve our loss together. Instead of pushing her away, I pull her closer.

Just as we come to terms with our new reality, she finds out she’s pregnant with his baby.
And I’m left to make the hardest decision of my life…

*BABY MINE is an angsty, emotional, slow-burn romance wrapped up in a heartbreakingly delicious love story. It’s book 1 in the Hunter & Lennon duet and must be read first.*

Book 2 in the Hunter & Lennon Duet

Brooke Cumberland & Lyra Parish are a duo of romance authors who teamed up to write under the USA Today Bestselling pseudonym, Kennedy Fox. They share a love of You’ve Got Mail and The Holiday. When they aren’t bonding over romantic comedies, they like to brainstorm new book ideas. One day, they decided to collaborate and have some fun creating new characters that’ll make your lady bits tingle and your heart melt. If you enjoy romance stories with sexy, tattooed alpha males and smart, independent women, then a Kennedy Fox book is for you!

Keep up with all their social media platforms for updates & info!

On March 6th, AJ and Evan will be through.
The only question is: will it be together or forever?

The Dissolution of Unrequited by Len Webster is just weeks away!!
ADD IT TO YOUR TBR → http://bit.ly/2B1QXrK

Every concept has a state of dissolution … even between best friends.

The theory: To find herself and pursue her dreams of completing her Ph.D.
The solution: Walk away from the love that hurt her the most, and put herself first.
The results: A life changing choice between her heart and her future.
The dissolution: … of unrequited as AJ and Evan know it.

Len Webster is a romance-loving Melburnian with dreams of finding her version of ‘The One.’ But until that moment happens, she writes. Having just graduated with her BBusCom from Monash University, Len is now busy writing her next romance about how a boy met a girl, and how they fell completely and hopelessly in love.

She is also not a certified explorer, but she’s working on it.

Live-in nanny? What could go wrong?

Remington Key: I left the Navy, scored a billion in tech, got married, and had a baby. I did everything by the book. Happily ever after, right?

Fast-forward four years, and I’m alone, raising my daughter, caring for my mother-in-law, and trying to keep my stuff together. How did this happen?

I was clearly drunk the night I offered a gorgeous girl in a bar $500 a day to be my live-in nanny. Or maybe it was my dick talking.

So what if I’ve been alone since forever? I’m focused on launching my new business, not bedding the sexy siren who sleeps down the hall.

At least that’s what I keep reminding myself…

Ruby Banks: Remington Key is distant, brooding, and ridiculously sexy. And when he scoops up his adorable four-year-old daughter Lillie and blows raspberries on her tummy while she squeals with delight, my ovaries literally explode.

Bumping into him at our local pub that night slightly drunk and overly frustrated was a total accident. He needed help, and it was the Christian thing to help a man in need. Right?

Only, Remington Key does not make me feel very Christ-like… No matter how committed I am to being a responsible employee.
(A small-town STAND-ALONE CONTEMPORARY Romantic Comedy. This is Ruby and Remi’s hilariously adorable love story.)

★ ADD it on Goodreads

★ Get an ALERT when it goes LIVE:

Tia Louise is the USA Today best-selling, award-winning author of When We Touch, the “Bright Lights,” “One to Hold,” and “Dirty Players” series, and co-author of the #4 Amazon bestseller The Last Guy.

After being a teacher, a book editor, a journalist, and finally a magazine editor, she started writing love stories and never stopped.

Louise lives in the Midwest with her trophy husband, two teenage geniuses, and one grumpy cat.

Books on ALL Retailers: