Sassy Mia wasn’t about to walk into her enemies office without the proper ammunition especially when she was personally requested to deliver Max Milton’s lunch. This was also knowing she’d be delivering his lunch to him dressed in a catsuit. Nope, she wasn’t going to take that challenge lightly.

With the help of her friends she decided to use the very handbook that Max wrote, no less, the one that launched him into star/billionaire status. She twisted those very steps from The Max Hilton Playbook: Ten Golden Rules for Picking Up the Hottest Girl in the Room and used them to decimate Max. Really she just wants to serve him a piece of his own humble sandwich. Make him feel like all of the women who have suffered because of his book. Their past history where he was a real jerk may also have something to do with it but really it’s about getting retribution for all women, oh and the lunch/catsuit thing. The only problem was when the steps began to cause feelings. Nasty thing those feelings are, especially when dealing with the enemy.

Max Hilton was a child prodigy, musically speaking, but he walked away from it all and wrote a book about how to score women. Not only did it earn him millions of dollars, but it also helped him launch a successful business career that moved him into the billionaire category. Confidence is key and basically everything Max touched turned to gold. Everything except getting the girl he wanted. The inspiration for the book he wrote. Little did he know it would come back to haunt him. Strange thing when an old high school crush turns up and serves you lunch, you might develop feelings, but will those feelings finally be returned?

With each step it’s fun to watch Mia put her own spin on Max’s steps. Their interaction really is the best part. Overall, the story was entertaining, without getting bogged down in lots of drama. 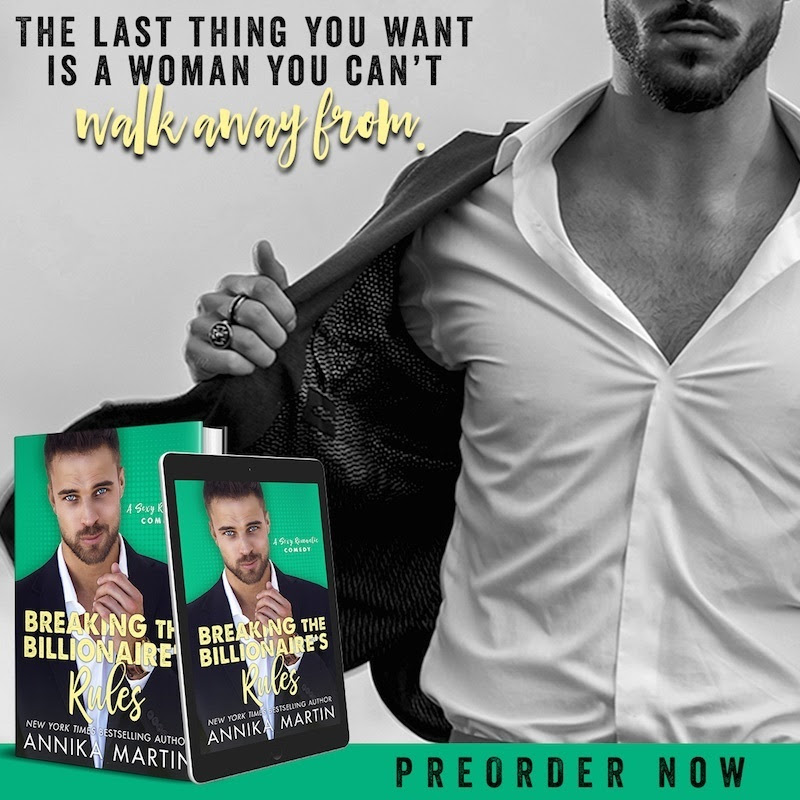 What He Never Knew; What He Doesn’t Know #3 (Series)
by Kandi Steiner (Author)

Unlike a lot of readers, I did not read the What He Doesn’t Know duet leading into this book and I actually think I’m grateful for that.

Let me explain. Before I purchase anything I always read reviews; first because I find them helpful, second for the pure enjoyment of reading ones that are witty or insightful or for information on assembly. Have you ever noticed that assembly manuals are almost worthless when you buy something that requires lots of parts and tools? You actually have better luck finding information on YouTube or by reading reviews than by reading the manual that came with your new product. Yes, I read the manuals too. I basically read everything.

Anway…after I sat and wrote my review for What He Never Knew, yes, I actually hand write my reviews first before retyping them. FYI, they drastically change by the time it lands here, but at least by hand writing them first it helps me gather my thoughts.

So, as I was saying, I went to post my review on Goodreads and saw there was a duet prior to this book (I actually didn’t know that). When I began reading the book, I suspected there might have been a story leading into this one, but honestly Kandi Steiner never once made me pause and question what was going on. She wove a beautiful, yet heartbreaking story about two broken people and the foundation was all there. Her tragic story about Reese and Sarah drew me in right from the beginning and so many times I wondered if healing was what they needed from each other instead of falling in love.  It was magic to watch their scars heal up and then when Reese and Sarah reached the tipping point when they were actually ready to make that next step. It wasn’t rushed or strained, it was actually quite lovely, so perfectly right, I would say Kandi Steiner is the queen of crafting a difficult story into beautiful moments.

For those who didn’t read the duet, like myself, know Reese does open up and tell his story in this book. So reading the duet prior to this one isn’t a requirement. What He Never Knew is a complete standalone.

Reese Walker is a broken man, in love with a woman he can never have. A married woman. His best friends sister. She’s having a family, she’s happy and she has moved on. Reese wakes up, goes to work, sees her, loves her from afar, goes home to an empty house, goes to sleeps, next day repeat. He hasn’t moved on. What’s the point. He’s already met the woman he was supposed to love and she doesn’t love him back, he might as well resign himself to that knowledge and know his life is what it is.

“I’ve never been one to gravitate toward the things that were best for me in my life.”-Reese Walker

As for Sarah, I will warn, if you suffer from PTSD and are triggered by by the mention of rape in any form this book may not be for you. Now Kandi Steiner doesn’t go into detail by any means, but the aftermath, the fallout, the guilt, the emotional trauma, everything that goes hand in hand with the horrible act is there written in black and white. I have never been through such a life changing event, but Steiner put me there empathically, emotionally, physically. I ached for Sarah everytime she relieved it.

Her abuse, along with an injury caused from her abuser, sets her back on her journey to becoming a concert pianist. She seeks out Reese Walker to mentor her on the road to play at Carnegie Hall. A lofty goal, but one she’s had her entire life. Sarah is very talented, but she has a huge emotional hurdle to jump. She has to learn to love the piano again and not associate the thing she loves with the abuse she received.

Reese has given up hope, looking at himself as a washed up old man teaching to children who have loftier dreams than himself. However, Sarah looks at him with great potential and constantly reminds him that he is never too old to dream. On the other hand, Sarah who has been told her entire life she is never good enough, is filled with fire and loves proving people wrong. It is this tenacity that Reese discovers and admires in her. He knows she has the willpower to make it to New York now he just has to get her to believe in herself and find her passion to play once again.

These two passionate people made me ache for their pain. Artists in general are known for their deep wells of self-torture and that’s typically when they create the most beautiful and artistic pieces. Know this book will rip you to shreds, the music, at times, may sound harsh, but in the end Kandi Steiner creates a gorgeous, well orchestrated symphony.

“We’re artists. We’re musicians. We’re…We’re not destined to run from our misery, we’re destined to bathe in it – and to somehow find a way to make it beautiful.” Reese Walker 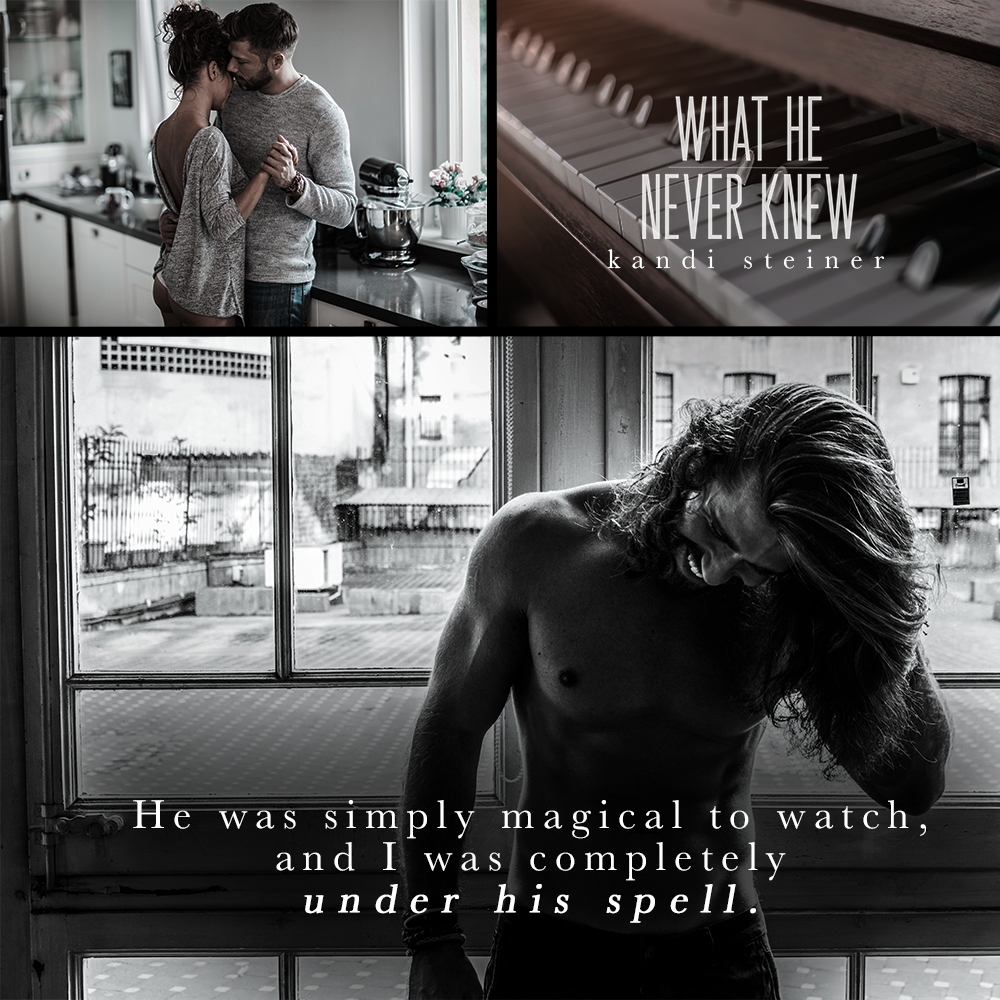