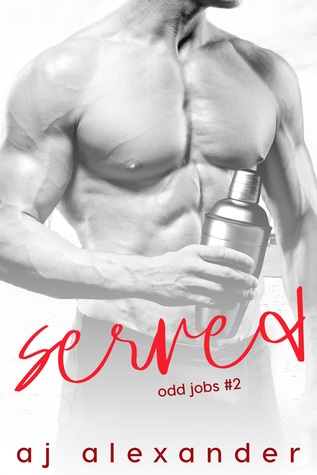 A slow burn served up in the second Odd Jobs book. Finally worth the wait when the fire sizzles!

Wyatt and Heather have been playing the relationship dance for years. Heather has been waiting for Wyatt to make the first move, while Wyatt has just been holding back. It has nothing to do with not being attracted to the beautiful woman, instead he feels Heather is way out of his league.

Heather is constantly torn by Wyatt’s hot and cold signals. As long as she’s wanted the man she can’t get a specific read on him, and she finally gets tired of waiting for him to make the first move. Taking things into her own hands she’s ready to take their relationship to the next level and get the man she wants. Wyatt.

Afraid of messing things up they each dance around each other instead of being honest and just forthcoming. They may never find out if they will actually work if they don’t take the time to actually break down the others armor and take the other one seriously.

Lots of catch up with Addison and Cole from Odd Jobs #1. Where Stay was the salt, Served was the sugar. A nice combo read.