Another hit for Lisa B. Kamps! The strong women and men Lisa creates are a one click buy for me. I love the action, the suspense, and the hard men who fall for their strong women.

Daryl “Zeus” Anderson, a former army ranger, gets contacted from his former CO. A favor called in, one he assumes might be an easy job, Daryl has no idea it would involve helping his daughter. A woman he’s already met. A woman he hasn’t stopped thinking about for the past three months. A woman whom he had a one night stand with and had no idea was related to his former commanding officer. It was one night filled with passion and no last names. Tangled up in something Daryl doesn’t quite understand because his CO didn’t explain and Kelsey doesn’t trust him enough to give him details, Daryl jumps in because he promised to help her and he knows if the roles were reversed his CO would have done the same. Setting aside whatever feelings he has for her, because Kelsey got under his skin three months ago and never left, Daryl agrees to complete his mission and then finally let her go. Without trust he knows they will never be more no matter how much he would like it to be more.

Kelsey Davis has been on the run for over three years. She hasn’t been able to trust or rely on anyone in a very long time. The one night she spent with Daryl was foolish, but one she indulged in feeling free for the first time in almost three years. Now three months after that blissful night when he shows up unexpectedly at her deserted hideaway saying he’s there to help she still isn’t sure who to trust. There is no way he could have found her cabin without help, but his appearance has her rattled. She never expected to see him again, even though she knows he is someone who could help end her nightmare, it’s why she originally went to see him months ago. Not to sleep with him, but seek his help. Knowing whom to trust has never been her strong suit, but perhaps it’s time to take a leap of faith. If there wasn’t so much at steak she would go all in, but there is so much at risk and there is more than just herself to consider.

Even more so with The Guardian, I got to know more about the other team members and now I’m extra curious to read the other team members stories. I seriously cannot wait to read more about this world. I love that each book is a standalone, there is no continuous villain, or overall arc that I need to keep up with, I can jump in at any time, not that I plan to, but I’m already looking forward to the next one, but if you are just reading about the Cover Six Security team for the first time you won’t have trouble jumping in.

The other thing I love about Lisa’s writing is the strong women she writes. They are emotionally and mentally tough. Although I’m sure some would argue that they would have to be to deal with the hard men they are getting entangled with, but more than that they are strong in their own ways. For instance, TR in Mac’s book was a journalist, which is a tough job, but when she was captured she put up a tough fight and wasn’t giving in. She was full of grit and spunk (yes, she had her own anxiety issues, but she was also full of badassery). Kelsey also was extremely tough. This woman was on the run for three years living on next to nothing. She walked away from her family, her job, her entire life to escape a monster. That is an emotional toughness not many of us can begin to fathom.  So, yes, I love the characters that Lisa writes and I’m really looking forward to reading more of them in the future. 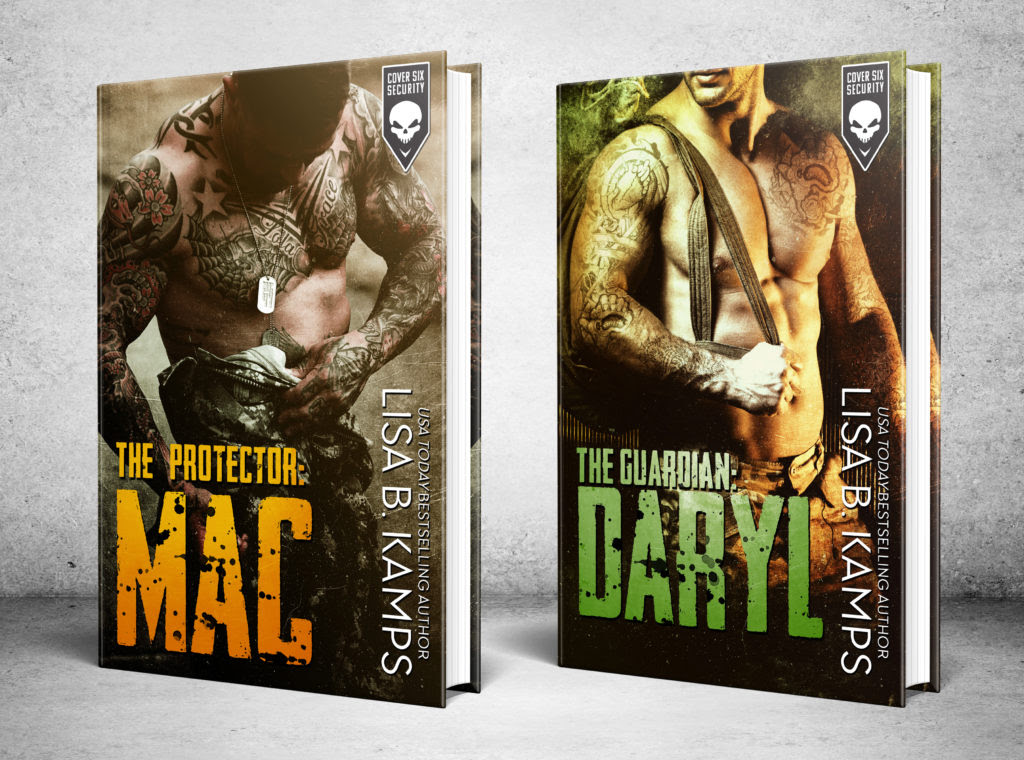 Start the series today with MAC!

1 thought on “Review – The Guardian: Daryl by Lisa B. Kamps”