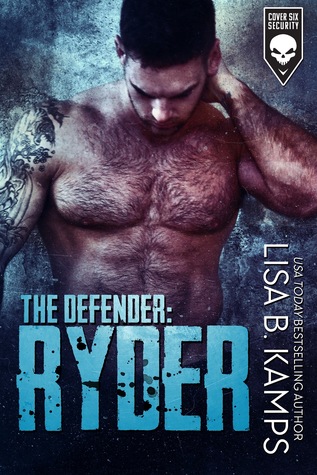 I love Lisa’s writing! She draws me in to where I was sitting right on the remote island with everyone else; I was walking through the inky-pitch blackness of a cave (basically scared out of my mind because I hate the dark), but seriously she pulls you there (wherever there may be) and you are surrounded by every nuance and I LOVE it! This is what draws me back, time and again, not to mention the amazing characters, but her writing is the best!

Hannah Montgomery, is Ryder’s sister’s best friend, whom work on humanitarian projects that take them around the world. This is nothing new, but the call that Ryder receives from his sister, Allison, stating she is in a life and death situation and he better come quick leaves little room for negotiation in his mind. Ryder and Ninja board a plane and travel to a remote island to help because she’s his sister and that is what family does. What he is not prepared for is the the sight of Hannah given it’s been twelve years since he’s been around her and basically he tries very hard to keep his distance. When he left for the army he left behind her broken heart and hasn’t been back, but being stuck on a remote island isn’t going to make staying away very easy, especially if there is danger involved.

Hannah has had a thing for Ryder pretty much since she met him back in elementary school. Even when he broke her heart they day he left for the army she has never stopped wanting him. So when he shows up on the remote island to answer Allison’s call, Hannah decides to take a chance and spend the little time with the only man who has ever called to her. She knows it’s only for a brief time, but she’s willing to take that chance. It’s better than having nothing at all, she already knows what the last twelve years have been like so she decides to jump in with both feet. It’s now or never and now seems pretty good. She’s never been one to hesitate, so why start now.

With danger and suspicion all around them, it’s hard to get to know each other and whom they’ve become as an adult, but even with the brief time they do get both Ryder and Hannah respect and enjoy each other’s company immensely. However, when things go sideways, Ryder turns to what he knows best and Hannah is right by his side, helping Ryder every step of they way. They are a fierce duo when they work as a team, but can they make it out alive to see if they could have a future?

The main focus is on Boomer and Hannah, but with this being a remote island, there is a small hint to Ninja and Allison in this book, but both swear nothing happens. However there is a lot of chemistry between the two, so I’m hoping at some point there will be a story about them. I’m crossing my fingers and toes.

THE DEFENDER: RYDER by Lisa B. Kamps releases on May 8th!