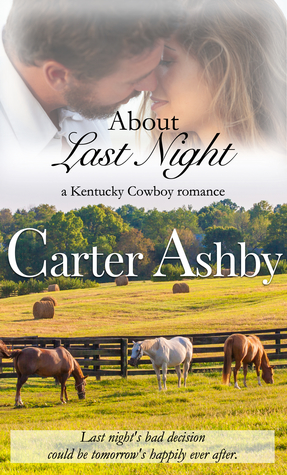 A slow burning romance that brings a widower and a divorcée together in a mix that sheds new light on sharing grief and growing together through it.

Loss is loss, but when one spouse loses his permanently his spouse is forever placed on a pedestal, but when the other loses a spouse through divorce by unsavory means you tend to place that ex-spouse in the gutter. Can you still build a relationship through a shared concept of loss?

Cooper Dean is a man still grieving his dead wife, Kirsten, while still struggling how to be a single father of two young children. How do you move forward when you’ve lost everything? Cooper’s made mistakes, he’s made a lot of them, but he’s trying to move forward and make amends, mostly because he wants to be a better man for Tessa. He’s finally met someone since he lost Kirsten that makes him want to pull his head out of his a** and finally get his life together. The tough part is he’s having a hard time moving on from the memories of his dead wife. How can he possibly have a future with Tessa when he can’t seem to move out of the past?

Tessa has been hurt by her cheating ex, but she’s finally ready to move on. It wasn’t exactly the smartest thing to jump into the arms of her younger neighbor, Cooper, but she was a little tipsy the night it happened. Since then he seems to have set his sights on her and hasn’t let up. Her past hurts and his past manwhorish ways don’t exactly instill confidence in building a future with Cooper, but his relentless pursuit makes it difficult to say no. However, when his past continues to haunt him she may not have a choice in the matter of having anything more than just a few nights to remember.

How do two people come to grips with their different loses when trying to move forward in a new relationship? A new relationship is difficult enough but trying to understand where each is mentally coming from, really understanding each other’s loss, just adds to that budding relationship while navigating through new feelings.

About Last Night is a really good story about overcoming grief and loss.

1 thought on “Review – About Last Night by Carter Ashby”