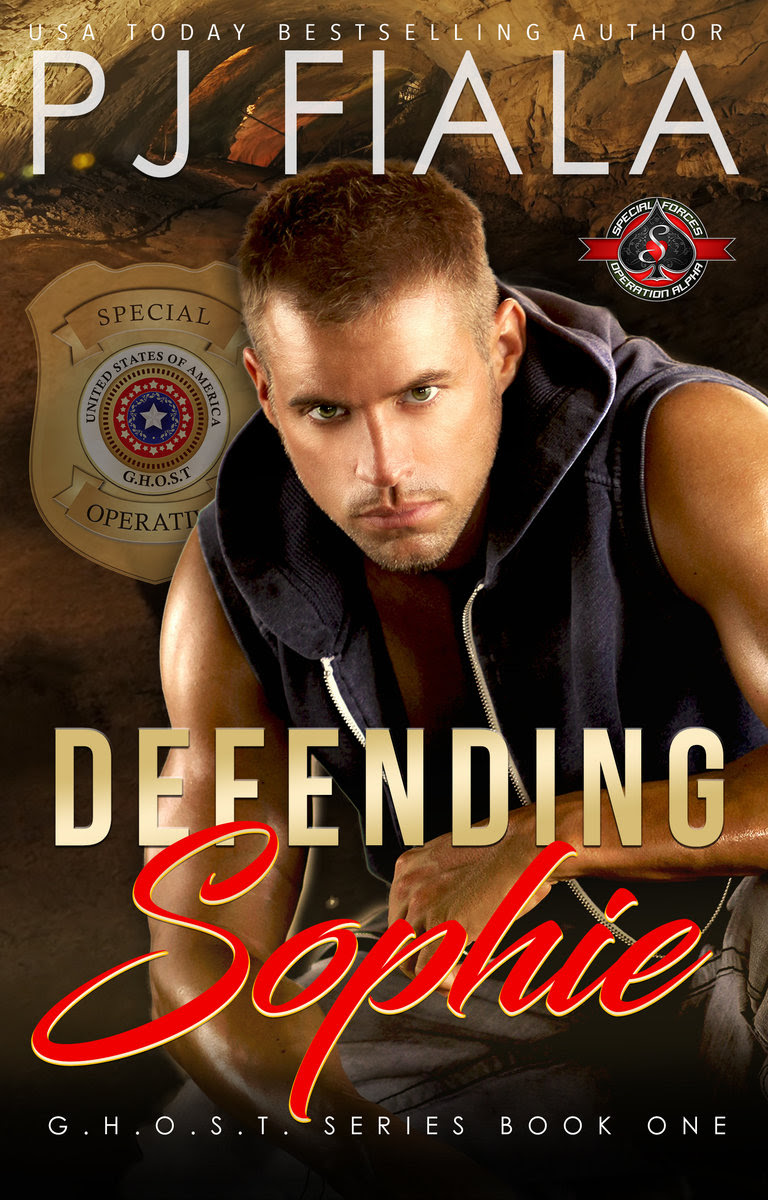 Accused of murder and on the run, Sophie must turn to the one man she could never have.

Investigating her friend’s suspicious death, Sophie’s only source of information turns up dead – and she’s the prime suspect. Forced into hiding, she turns to her brother’s best friend to help keep her alive, clear her name, and find the killer before she becomes the next victim.

Gaige has longed for Sophie for years, and he’d do anything to keep her safe, but details of the investigation aren’t adding up. Mounting doubts have him questioning her story, even as his heart insists she’s telling the truth. The only thing he knows for sure is he’ll do anything to prove her innocence, but will it cost him his career?

Looking over her shoulder, Sophie exited the little gas station just outside of Riverton, California through the back of the store and opened the package that held a burner phone. Pulling Gaige Vicker’s phone number from her front jean pocket, written on a crumpled piece of a discarded newspaper she’d dug out of the dumpster at her apartment complex, she quickly tapped the numbers into the phone. She regretted having to dismantle and toss her brand new cell phone, but she knew they’d be able to track her with it and she just couldn’t take the chance.

Throwing Gaige’s number into a nearby garbage can so no one would connect them should she be captured, she quickly made her way across the quiet street and ducked between a large boxwood hedge and a wooden fence. Pressing her back to the warm wood, her eyes ever vigilant to her surroundings, she remained wary. Her heart was still pounding hard from her run through the woods. That bastard who was chasing her told her not to talk to another person about what she knew, her time was up. Swallowing the bile that threatened to rise at the thought of how close she’d come to dying today, she inhaled slowly. By the third ring her heart began racing. “Come on, pick up,” She mumbled into the phone.

“Vickers.” Her hand flew to cover her mouth as a sob almost escaped. Ducking down further behind the hedge, she whispered, “Gaige? Oh, Gaige, it’s Sophie. I’m in trouble and you’re the only one who can help me.”

Taking a deep breath to regain her composure, she held her breath as she waited for him to respond. “Sophie Turner?”

“Yes.” She hated that she sounded so desperate, but she was. Glancing around to make sure no one was nearby, she swallowed before continuing. “Gaige, I’m in trouble. I need help. I’m all alone.”

“What about your friend, Kate?” Closing her eyes to stay the tears that threatened to spill, she took another deep breath. “Kate’s dead. I’m in trouble. Can you come?”

“Sophie, you need to tell me something. What are you up against? What kind of backup do I need?”

“I’m sorry.” Fighting a sob, her voice cracked. “Can you come? Can you help me?”

She heard him exhale and knew she was asking a lot of him, but she had nowhere to turn. Whispering, “please,” she heard his voice change.

“Thank you.” She broke down sobbing, but ended the call, nervous that she’d stayed put too long. Looking all around, she stepped from between the hedge and the fence heading south toward Canyon Creek. She could walk for hours, her Army training had conditioned her for that. Bonus that she wasn’t carrying a ruck sack, so she was traveling light. She’d make better time that way.

Attacked from behind, strong arms wrapped themselves around her, she felt herself falling to the ground, face first and tried to twist to land on her attacker. Not quite managing, her right shoulder took the brunt of the fall but not before her attacker managed to reach around and punch her in the jaw once, bringing stars to her eyes. She heard her phone clatter to the ground and her eyes fell on it just in time to see it slide under a nearby trashcan with wheels. Shit.

Fighting passing out, she began kicking back at her attacker and heard him grunt when she managed a good solid kick to his shin. Taking the opportunity, she threw her head back and connected with his nose. Hearing the nasty crunch, she rolled away as he howled, scrambled to her feet, and took off running. The pain slicing through her shoulder hampered her pace, but she was determined to keep going. No way she’d allow them to kill her like they killed Kate. No way in hell. The bastards.

Setting her mind to hear the music she played in her head during their long and arduous runs in the Army, she steadied her pace and refused to look back. Reaching the nearby woods, she ducked in, and carefully watched the terrain as she navigated the downed branches and stumps of trees long ago fallen. Listening for anything behind her, she finally ventured a glance and saw that she wasn’t being followed. At least not closely.

Slowing her pace to a fast walk, she looked up through the trees to see where the sun was in the sky. At 2:00 p.m., in California, the sun was just beginning its decent, toward the west, so she adjusted her direction and headed due south. The sun would still shine brightly for another five hours or so. She could realistically travel ten to twelve miles in that time. She’d done it more than once. But, she’d never been more determined than now to make time and distance.

She’d find a place to rest tonight, then she’d find a way to go back in the morning and retrieve her phone. That was the only place she had Gaige’s number and it was the only way Gaige had to reach her. Hopefully, her attacker didn’t see the phone slide to its landing place. If the grunt she’d heard from him was any indicator, he was in a fair amount of pain right now. But she wasn’t going back there to look in case he had help. That would be tomorrow’s task.

Writing has been a desire my whole life. Once I found the courage to write, life changed for me in the most profound way. Bringing stories to readers that I’d enjoy reading and creating characters that are flawed, but lovable is such a joy.

When not writing, I’m with my family doing something fun. My husband, Gene, and I are bikers and enjoy riding to new locations, meeting new people and generally enjoying this fabulous country we live in.

I come from a family of veterans. My grandfather, father, brother, two sons, and one daughter-in-law are all veterans. Needless to say, I am proud to be an American and proud of the service my amazing family has given. In trying to give back, I’ve started a foundation, Authors4Veterans, with my friend and fellow author, Stacey Joy Netzel. Our charities will rotate but will always support our military and their families.