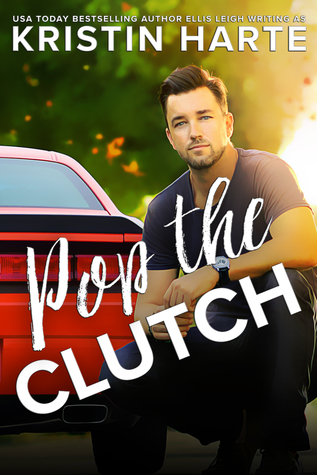 Is there anything sexier than a man who displays vulnerability, is a gentleman, but is also still a man. Easton Cole runs his own business, fixes cars, takes care of his family, loves his mother, but also holds doors, cares about the feelings of the woman he’s with and is vulnerable enough to be himself without being a macho jerk about it. To sum up…Easton Cole is the perfect book boyfriend in every way!!! Pop the Clutch is an excellent book, but Easton makes it even better. I have a major BB hangover which I’m sure I’ll be riding for days!!!

Although we hear this again and again, it’s a story like this that hammers it home in a very real way. It’s a cruel lesson to learn while still in your youth, doing nothing more than what most of the adult population is doing behind closed doors, but because you were caught on camera and that video was shared not only among your peers, but also was leaked out for the world to see, your private life is no longer private. Your life, your world forever changes. You find out very quickly who your friends are, whom you can trust, and where you can and cannot hide.

Yes, the internet lasts forever, this is a hard lesson to learn for any youth, but even more so when it wasn’t your choice to make. Violet made a mistake, one she has been running from since her senior year of high school. It isn’t until her grandmother, the woman who raised her, needs her back home. The one place she hasn’t returned to since she graduated, that Violet faces some of those dark ghosts. She has been able to outrun a lot of her past through various means, but returning to a small town where she grew up and people will recognize her is agonizingly tough.

Easton Cole grew up on the wrong side of town, and once his father picked up and abandoned their family, Easton made a promise never to be like him. Staying close to his mother and sister and building a successful business Easton is a far cry from the boy who grew up in poverty. He always had a crush on Violet, long before her fall from grace, so when she arrives back in town looking lost and alone, he remembers all too well that feeling, the looks he and his family received when standing in the welfare lines, and decides to extend a friendship branch.

It isn’t long before Violet and Easton develop into something more, but will it be enough to extend beyond the time Violet is in town taking care of her grandmother? She’s been gone for almost a decade and Violet never expected to be back home for more than a short time, she also never expected someone like Easton in her life either. He makes being back home feel comfortable, but she also knows it’s a facade. It would be so easy to stay and let him take care of her, it would also be so easy to run once again and forget being with him ever happened. At least she keeps telling herself that. How does she return to normal when she’s torn in two?

2 thoughts on “Review – Pop the Clutch by Kristin Harte”