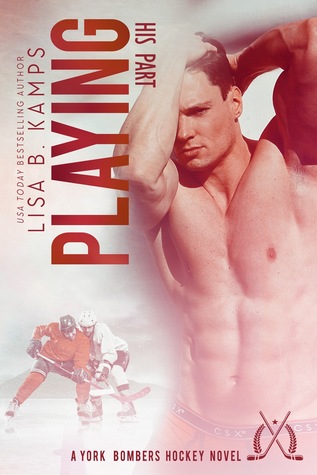 A new twist on an eloped marriage of convenience. Playing His Part really kept me on the edge of my seat, not unlike Lisa’s military books. This is the first book I’ve read in her hockey series and it can be read as a complete standalone even though it is #7 in the series. She does bring the team into the book at various points (this is a hockey team after all), and I’m sure those who have read the series will love the updates, but I didn’t feel like I was missing out by not having read the other books if you haven’t either.

The book begins during the marriage of convenience.  Natalie Kenney is in a panic of how she got to this point, basically on a whim, she ran into Ben Leach, a childhood acquaintance, while they are both in Vegas. She tells Ben the trouble she is in and he casually throws out that they should get married. Thus, how she now is standing in a chapel in Vegas about to be married.

Once the deed is done, what plagues her most, that is after Ben abandons her on their honeymoon night, is why? Honestly, as a reader it is the one question we are left with too, why?

Why would Ben ask Natalie to marry him? We understand the basic mess that Natalie has found herself in while she is in Vegas and why she would seek protection, but Ben is an enigma.

He is both hero and indifference rolled all into one. He marries Natalie and then walks away, leaving her alone, without information, and yet seems so miserable in his decisions. He also shelters his wife, looks out for her in public, and wants to take care of her basic needs. He is like a wounded animal who doesn’t know how to trust and love, but why?

I love Lisa’s writing and she never fails to draw me in. Getting down to the mystery, the suspense, and ultimately the romance is what draws me back. This was my first hockey romance and it won’t be my last. 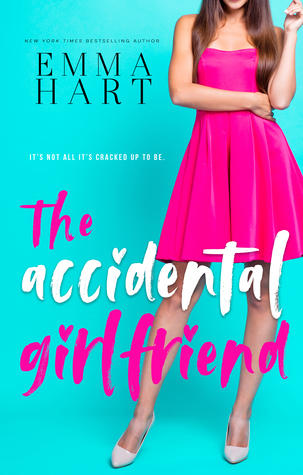 Full of wit, sarcasm, and steamy chemistry The Accidental Girlfriend is a hilarious romcom to enjoy from beginning to end.

With a snarky, silly, and unpredictable way to meet you next mate – advertising on Craigslist, neither Lauren nor Mason were exactly looking to get into a relationship.

When Lauren was all but forced by her best friends to jump back into the dating field, Lauren wrote a sarcastic ad that she never thought would be answered. She did her due diligence by placing the ad and getting her friends off her back and by writing the ad with enough sass she figured no one would ever respond.

She was only right about one of those thoughts.

Ironically it wasn’t Mason himself that answered Lauren’s advertisement looking for a fake date, but Mason’s sister. You see, Mason wasn’t looking for a date or a relationship any more than Lauren was. He was burned by his last relationship and wasn’t looking to jump into anything now or in the near future. He’d like to blame his sister, but when she points out that he could really use the fake date for his upcoming high school reunion especially since his ex is going to be there his sister has some really good points.

Backed into a corner that neither are able to get out of, Mason and Lauren go out on their fake date and end up enjoying each others company more than they ever expected. If only they were actually looking for a relationship they might actually be perfect for one another.

Can a Craigslist date really turn into something more?