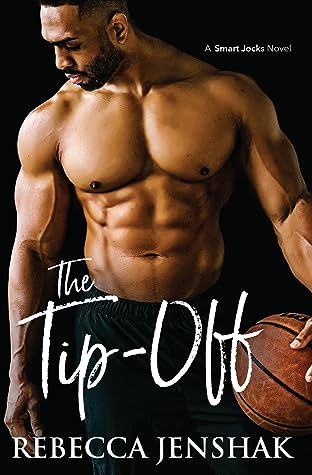 The Smart Jocks series just gets better and better!! The Tip-Off is a wonderful slow-burn novel with a perfectly matched couple. Both Gabby and Zeke are focused, in their own way, and really care about each other emotionally before jumping into something physically, which for both of these characters was absolutely perfect.

Zeke Sweets has a singular focus, basketball. His goal of reaching the NBA hasn’t allowed him for much of anything else; dating, partying, fun. Although if you asked Zeke, basketball is fun, but ask anyone else and they would beg to differ. If you found Zeke, not only would he have his headphones either draped around his neck or on his ears, he isn’t much for conversation, or he would be found with a basketball in his hands. That is until he meets Gabby.

Gabby, Blair’s best friend (you might have met her if you read prior books, but don’t worry it’s not required), also hasn’t experienced much of anything in the past few years, but for a very different reason. Her senior year of high school she was in a very serious accident which basically kept her a hermit, taking online courses to earn her degree. For her final year of college, she has not only decided to attend Valley U, but she has also created a list of things she wants to achieve before her year is over. Her self-imposed hermit status is at an end and fun Gabby is here.

Enlisting Zeke as her partner in crime, or her partner in fun, Gabby and Zeke go about marking lots of things off her list. Zeke isn’t quite sure how he becomes her volunteer, but once he gets roped in more and more he finds himself looking forward to the fun he has around her. Who knew Zeke Sweets knew how to have fun?

For a man who loved his alone time, it doesn’t take long for Zeke to soon crave his time with Gabby and the same can be said for Gabby, Zeke becomes her most important person. Their friendship builds and grows so strong, all the while their chemistry builds until neither can deny what they eventually feel.  But can they really have a future when Zeke is leaving for the NBA and Gabby is just beginning her new found freedom?

The blossoming friendship, emotional bond, and building chemistry was fantastic between Gabby and Zeke! The frequent mention of Zeke’s friends; Joel and Wes (both from the previous books), along with their girlfriends was amazing to have. The third installment to this series is excellent! 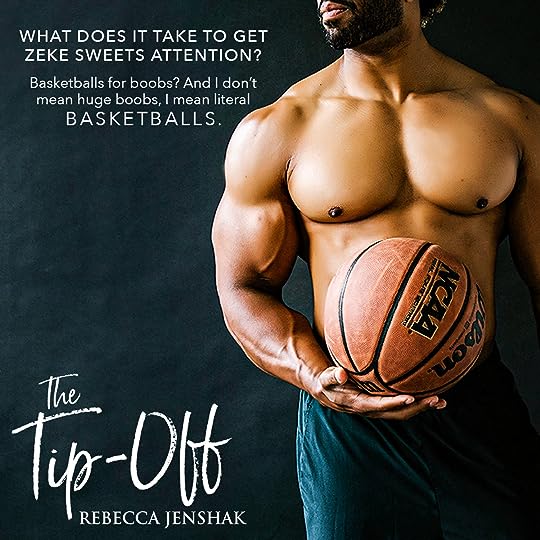 2 thoughts on “Review – The Tip-Off by Rebecca Jenshak”