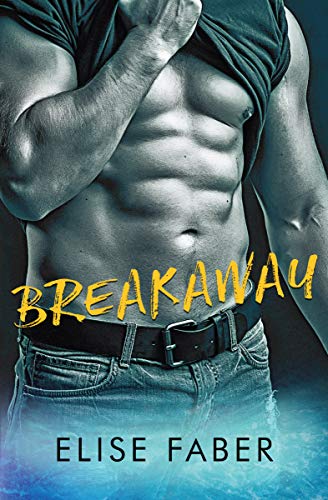 A traditional enemies-to-lovers sports romance. This is the fifth book in the series, but can be read as a complete standalone.

While Breakaway got off to a sizzling start, Blue and Anna quickly put their relationship in the penalty box. While they skated around their scorching chemistry. Their past loathing of one another made them sort out their next play before jumping back into the game.

Okay, I may have run out of hockey puns for the moment…maybe.

Seriously though…As Blue and Anna learn how to become friends, after they had one night of seriously hot “what have we done” steamy good times. Their attraction to one another never wains, it’s more of a let’s take a moment and decide if we actually like each other since I was pretty sure I wanted to junk punch you yesterday instead of this was amazing and now I want to junk ride you for the rest of my life.

Anna has been around the hockey team for awhile and knows Blue, but doesn’t really know him on a personal level and the same can be reversed about Blue knowing surface level knowledge of Anna. As they get to know one another they really do decide if there is actually something more than just a night of burning chemistry. Is Blue a player? Is Anna an ice queen? Will they ever let their guards down to reveal more?