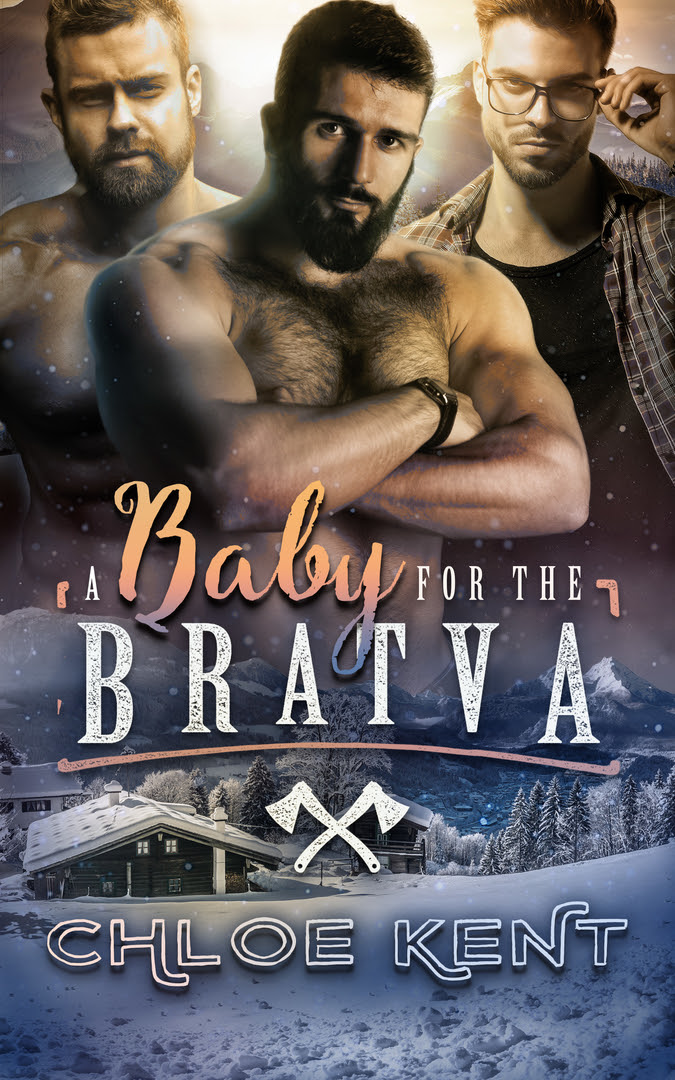 They wanted a girl quickly so they chose an orphanage where no one would ask questions.

They planned to use her until she was pregnant…

Instead they got twenty-one-year-old American Starla Anderson.

When the Russian Mafia invades the orphanage where she lives, in the middle of the night, throwing the nuns who raised her, into a petrified frenzy, it’s Starla who is chosen as the only one who could possibly survive the Bratva and their demands.

But in spite of her own fear of the three massive, glowering and scary men, Starla has to think and act fast…

With her heart thundering in her chest, her body on fire at their presence alone, she sees an opportunity, something that might help the other girls at the impoverished orphanage at a chance of a better life. She lays out her only condition.

Her body for a fee…

No one says no to the Bratva.

A Baby for the Lumberjacks – 99c for a limited time!

Chloe Kent has been hooked on romance since her teens and couldn’t wait to grow up and write her own romance novels. Her books usually feature a spirited heroine, and at least two… sometimes more incredibly hot heroes.

Her favorites pastimes include her husband, her dog, and books. Her biggest fear is running out of coffee or her imagination.

He wears suits and ties. He’ll one day inherit a fortune. He has a law degree. He shines his shoes, for God’s sake. What is she doing attracted to a guy like him? But she is. She so is.

She drives air boats on the bayou, drinks and cusses, and gives city boys in suits a hard time just for fun. Why can’t he get her out of his mind? But he can’t. He definitely can’t.

A weekend trip to Savannah for a fancy-schmancy party with his highfalutin family is the surefire way to prove that they have nothing in common but intense chemistry. And to maybe scratch this I’ve-never-wanted-anyone-like-I-want-you itch once or twice. Or five times.

But it takes only about twenty-four hours for the bayou girl and the city boy to figure out that they don’t really know much at all–about each other, or about themselves. And figuring all of this out is going to be downright crazy. “I’ve been on hold for fifteen freaking minutes, Mr. Baxter.”

Bennett grinned. She’d been on hold for four minutes. He knew because he’d been watching the time on his phone. He always kept her on hold for at least a couple. But he’d known to expect her to be dramatic about it no matter how long it was. Kennedy Landry wasn’t really the patiently-wait-on-hold type of woman. Kennedy Landry was, however, the type of woman that made a man want to take what tiny semblance of control he could find and grab onto it like it was a lifeboat in the midst of a hurricane.

Kennedy Landry was absolutely like a hurricane, and she’d already pulled him under and drowned him in lust and amusement and fascination and…

Shit, he was half in love with her, and if the only way he had to remind her that she didn’t always have the upper hand in every single one of their interactions was to make her wait on hold on the phone for a few minutes then yeah, he’d do it.

“Well, I’ve been waiting for the reports from last week since Monday,” he told her. “Seems waiting is something we should both get used to.” It was Thursday. She always made him wait until Friday for the reports she was supposed to send on Tuesday.

In part because that meant he’d call her about those reports on Wednesday and they’d fight-flirt for a few minutes. Something they both enjoyed far more than really made sense.

In part because her sending him the reports was ridiculous. He didn’t really need them—he was just curious—and she knew it.

She hated sending the reports, but only because it meant that she was answering to him on some level. She didn’t like that because she didn’t have him wrapped around her little finger like she did every other man she dealt with on a regular basis.

As far as she knew.

Bennett had been very careful not to let on just how tightly wrapped he already was.

“This call could be about an emergency,” she said in a bored voice that indicated: one, it was not an emergency, and two, she was trying really hard to sound bored and not like she was gritting her teeth.

Bennett loved that he rubbed her the wrong way. It only took about ten minutes around Kennedy to figure out that she ran the show with the men in her life. The only daughter and granddaughter in a family of outdoorsy, hardworking, loud-cussing, Louisiana born-and-bred men, Kennedy not only kept up with them on the hardworking and cussing thing, but she got away with murder. Her oldest brother, Sawyer, tried to make her toe the line, but even he was a sap for his baby sister, and it was rare that Kennedy didn’t get her way.

She knew how to handle blue-collar Cajun men, that was for sure.

Well, he was Cajun, on his mother’s side. But she’d married into money—a lot of money—very much on purpose and had long ago given up things like crawfish sucking and cursing in French. She had married into a white-collar, British-descended family in Savannah, neck-deep in politics and law and class and wealth and snobbery, while Kennedy had been neck-deep in, well, the Louisiana bayou. And everything that went along with that.

Bennett loved the bayou. And everything that went along with that.

Especially the sassy, goth-dressing, impossible-to-impress Cajun girl who thought that the fact he couldn’t fix a transmission, butcher an alligator, or bait a hook was downright embarrassing.

“If it was an emergency, you would have hung up and called back. Over and over again. Leaving progressively more and more threatening messages about what you were going to do to me when you did finally get a hold of me,” he told her, signing off on the bottom of the letter he’d just finished and moving it to the side.

“I would never do that,” she said.

“No?” When she did finally send him reports, it was always in folders that were named things like I’m Not Your Fucking Secretary and If You Ask Me to Get You Coffee It Will Definitely Have Turtle Shit in It.

His entire body reacted to that. He cleared his throat. “I would definitely—”

Bennett paused. Then groaned. He knew her grandfather. Leo Landry was a great guy. Funny, down-to-earth, honest, loyal. And someone that Bennett absolutely did not ever want to see naked. Ever.

Start the series of standalones today!

New York Times and USA Today bestselling author Erin Nicholas has been writing romances almost as long as she’s been reading them. To date, she’s written over thirty sexy, contemporary novels that have been described as “toe-curling,” “enchanting,” “steamy,” and “fun.” She adores reluctant heroes, imperfect heroines, and happily ever afters. 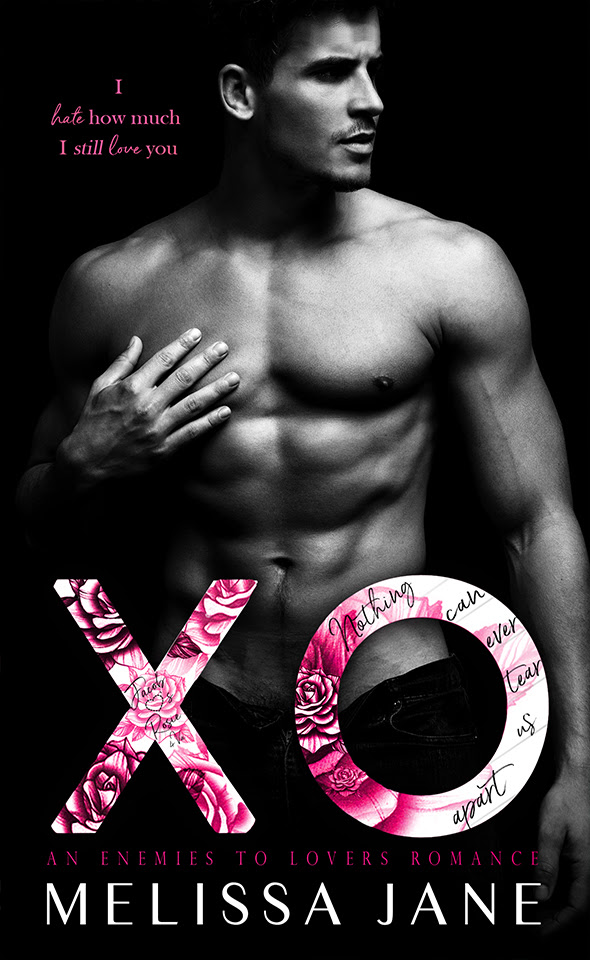 I swear to God, Jacob Lynch, if I ever see your arrogant, smug face again, I’ll ruin your manhood with a swift knee.

You were the glorified football captain, the heartthrob, the most popular boy in school and yet suddenly you vanish leaving all your horrid friends pointing the finger at me, circling like hungry vultures to see if I would break.

They just didn’t know that I already had. Daily. For months I cried for you. You. Broke. Me.

You taunted and tormented me for years until you finally convinced me to fall in love with you. You said, “Nothing can ever tear us apart.” And I believed you.

And then you left.

You. Just. Left. Right when my world fell to pieces, you lit the match and watched from afar, as what remained went up in flames.

So, if I ever do see your stupidly handsome face again, you’ll be nothing more than the boy I used to know. The boy who broke my heart and crushed my soul all in a single day.

Because Jacob Lynch… I have no more XO’s to give.

P.S. I hate how much I still love you

Melissa Jane is a writer of strong Alpha’s and feisty heroines. Her love for action and romance means she puts her characters through some epic adventures and compromising situations, all with a healthy dose of uncontrollable passion.
Residing on the beautiful beachy Gold Coast in Australia, Melissa enjoys the year-round sunshine with her gorgeous husband and even more gorgeous furbaby, Pocket-the-Yorkie.
When she’s not working, you’ll often find her with a glass (ahem…bottle) of Sauvignon in hand, seeking out adventure with her just-as-crazy friends. 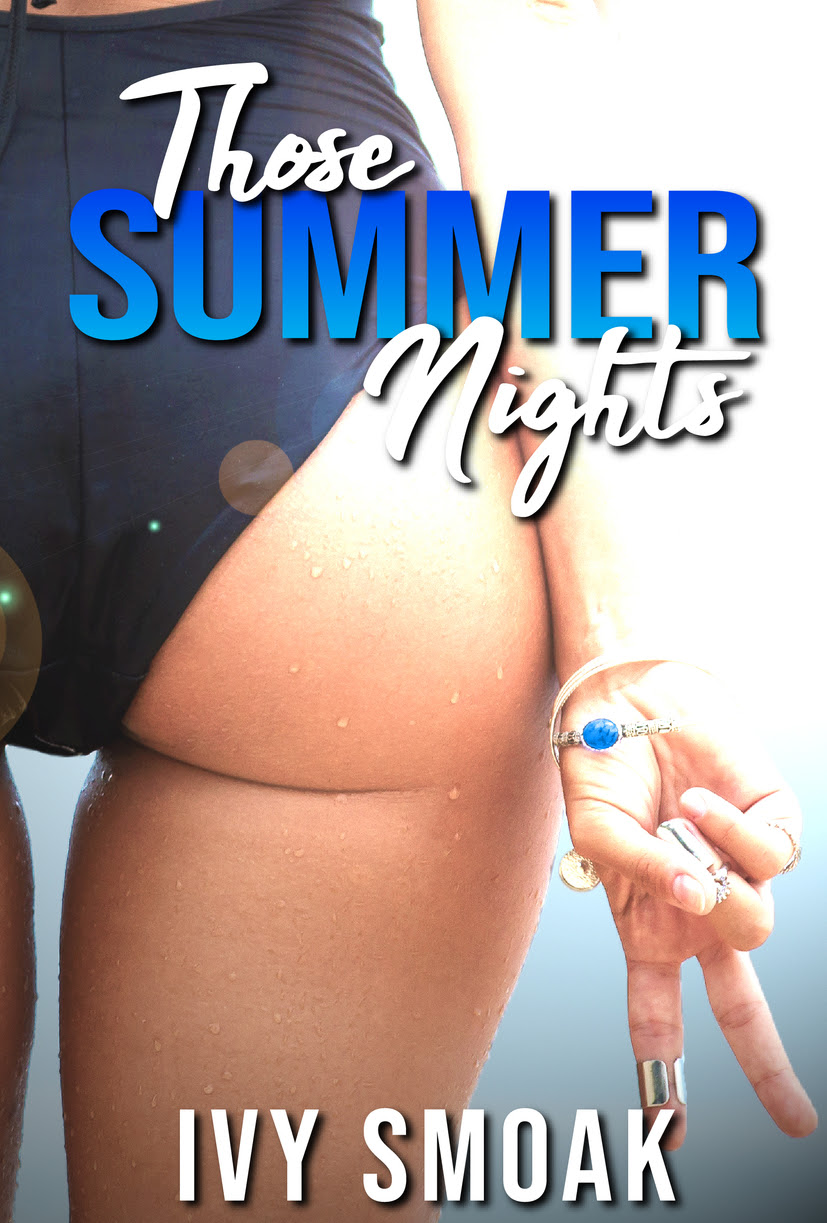 The easiest way to get over someone is to never see them again, right? So when my ex stomps on my heart and throws it into the ocean…I decide to spend my summer on the opposite side of the country.

And this summer is all about me. Mending my broken heart (screw all men). Figuring out what I want to do with my life (a life that thankfully does not include my ex). And trying to better myself (does eating ice cream count?).

But all of my perfect planning comes to a halt when the sexiest lifeguard in existence asks me out. I have to say no. It doesn’t matter that he’s built like a Greek god, has eyes the color of the ocean, or is hotter than a summer night. I’m going to say no, I swear. He’s going straight into the friend zone. Although, I’m pretty sure he’d be more delicious than any flavor of ice cream. Can’t I put him in the friend zone after just one taste?

*This is a standalone novel with a guaranteed Happily Ever After*

Ivy Smoak is the Amazon bestselling author of The Hunted series.

When she’s not writing, you can find her binge watching too many TV shows, taking long walks, playing outside, and generally refusing to act like an adult.

She lives with her husband in Delaware.