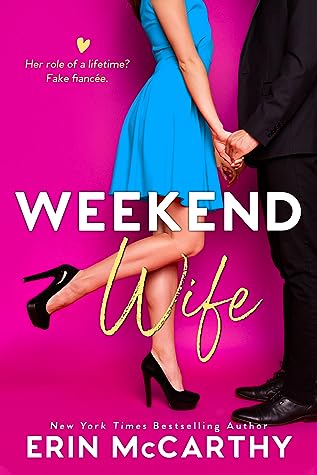 Absolutely adorable!! I dare you to get swept up in this fantastic romcom that is so perfect that once you pick it up you will not put it down until the very last page (and not laugh while doing so)!

Neither Grant nor Leah are looking for long term relationships, but a quick tumble between the sheets doesn’t sound like a bad idea. They both agree they have chemistry off the charts and after a hilarious mistaken mistress package goes awry Grant decides to ask Leah to be his fake girlfriend when his father demands he arrive with one for a long weekend away in the Hamptons.

Thankfully Leah knows how to go with the flow, she is an actress after all, but nothing prepares her for a dramatic proposal in front of his family, or the feelings that begin to grow between them. A relationship between a billionaire and a bohemian shouldn’t work in the long run, but between these two you will laugh, swoon, and most likely get a little steamy while reading.

Billionaire businessman in need of a fake fiancé…

It should be the easiest job ever for an out-of-work actress, right?

All I have to do is pose as Grant Caldwell (the Third)’s fiancé for a fancy-pants weekend in the Hamptons. Easy. Wear designer clothing and sip champagne? Don’t mind if I do. Flirting with Grant? It’s so delicious I should be paying him.

Nothing can go wrong as long as if I can just keep my hands off of him.

But that’s the hard part. And I do mean hard.

Because Grant is sexy.
And bossy.
And surprisingly sweet, a real rarity in his pretentious family.

Oops. I’m not as good at faking it as I thought. Or maybe they call this method acting. Because it’s getting harder to figure out where my character ends and I begin…

It just might be the role of a lifetime.