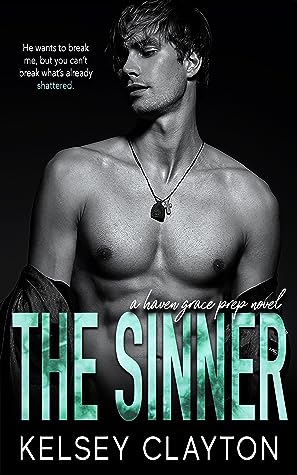 The Sinner; Haven Grace Prep #1
(A standalone within a series)

A bully romance with a bully that you will hate to love, but also love to hate. Oh boy, will you go back and forth with this twisty emotional ride. Kelsey Clayton sets up the story perfectly to when you think you cannot like Grayson for the things he’s done, she sucks you back in and tugs those emotional heartstrings so hard that you find yourself right back to where you doubted what could ever be wrong in the first place. Savannah seems a glutton for punishment, but her story will knock you to your knees and then you know no gluttony was involved.

The Sinner is like falling down a rabbit hole of twisted emotions and you do wonder if you won’t come out the otherside just a little bit bruised, but you also don’t care because you have to know what is going to happen to these two people.

This friends to enemies to lovers story is high chemistry where you watch them pour the gasoline on the fire and you just can’t take your eyes off the flames as it ignites both of them in the inferno.

When I was a kid, my best friend betrayed me in the worst way possible, ripping my family to shreds in the aftermath. She ruined my life in one fell swoop, and didn’t even have the heart to warn me.

Now, nearly a decade later, I’m back in the town I grew up in, determined to make her pay.

They say revenge is a dangerous game, but I’ve never been one to play it safe. There is nothing I’ll love more than to find her weakness and use it to destroy her. The lie she told all those years ago will be her undoing.

Savannah Montgomery may be queen of the rich and entitled, but she’s about to meet her match.

Add to your GR TBR: http://bit.ly/TheSinner-GR 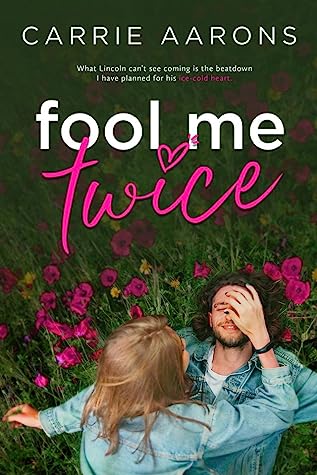 Fool Me Twice
(A standalone)

Fool Me Twice will touch on emotion possible. A reverse bully/sports romance that is very well written. Everything about this book will stick with you days after you’ve read it.

Right off the bat Fool Me Twice is emotional. A teenage girl, Henley, is in the emotional depth of having just lost her best friend to cancer. The heavy weight of what she is feeling right at the moment sets off why she carries the vendetta for the remainder of the book and it’s a good reminder, even when you question why Henley would continue such a path. She isn’t a bad person, she is wrapped up in grief and grief will ultimately make you do some crazy things.

In a romance industry that is saturated with bully romances, I loved that Carrie Aarons reversed this idea and gave us a female bully. Henley sets out to destroy Lincoln, that is her main purpose. She may use different tactics than a male bully would, but honestly, as a female character, that is the point. Women are different and luring men in to whatever purpose and catching them is an entirely different process then men would use. For instance, there is a conversation between Lincoln’s friends about how frustrating women are (Lincoln has been trying to figure out why Henley is so hard to pin down – which is her ploy) and all of these men are talking about how to win women over which is a classic conversation in itself, especially when one of his friends misquotes the common phrase “men are from Mercury and women are from Venus”.  He thinks Mercury is closer to Venus so Mars already doesn’t makes sense to him so why compare planets to people. You see what I’m getting at? Lincoln is baffled by Henley just as much as his friends don’t understand women. Yes, this book is funny on top of pulling at your emotional heartstrings. You will fall in love with Lincoln along with falling in love with Henley (the girl who you might want to hate).

Even though Henley is cast as the bully, she is loveable and is hurting from losing her best friend. While she is there to break Lincoln’s heart, she isn’t really malicious about it. Their relationship is one that grows organically and Henley constantly has talks to herself about what a potential bitch she might be for what her ultimate goal is. So, like I said, while I call this a reverse bully romance, because ultimately the end result is the same, you also side with her some of the time. Like any good bully romance I did question the bully a lot…you might even want to throw your book across the room and just so you have time to  process her evil plans. Oh, yeah, that’s when you know the story is that good, right!

Lincoln and Henley are wonderful characters and their friends round out the book to make this a full, rich story. You will really love this book from beginning to end, no doubts about it.

When my best friend died of cancer just before her eighteenth birthday, she left her coveted bucket list to me.

The things she already crossed off? Skinny dipping, going to Paris, completing the local hot wing challenge, road tripping to the ocean, and sending out a message in a bottle.

So, it falls on me to finish it for her, to honor her memory. In the next year, it’s my mission to:

Most are doable, some terrify me, and then there is the last item on the list. When the raven-haired football god dumped my best friend during senior year of high school, she was devastated. The jerk with charm for days found out she was sick, and betrayed her in the worst way possible.

But he doesn’t know me, I went to school a town over. Now, to fulfill my promise, I’m the newest freshman on the campus where he is the big man. If there is one thing, aside from cheap beer, that a jock can’t pass up, it’s a shiny new girl.

So when I catch his eye, play hard to get, and then fall into his bed, I know my scheme is working to perfection. But what Lincoln can’t see coming is the beatdown I have planned for his ice-cold heart.

Unfortunately, what I never saw coming was the one he had planned for mine.

Brix by Brooke O’Brien is LIVE! Grab it today!!

Brix Ward is a Grade A prick.

He’s arrogant, spoiled, and self-centered. As the lead singer of A Rebels Havoc, he’s used to women falling over themselves for a chance to tame the wild bad boy.⠀

I still remember the boy I grew up with. The one who went out of his way to make my life a living hell. I did my best to avoid him at all costs.⠀

Imagine my surprise when our parents announced they had eloped, then left me to live with my new stepbrother. Alone.⠀⠀

Now, no matter what I do, there’s no escaping him. He’s always there, tempting me, provoking me. Every moment of every day. The more we’re around each other, the more the heat between us begins to rise.⠀

If he thinks he can hurt me again, he’s dead wrong.

I won’t let him be the one to destroy me, even if it breaks my heart.

Brooke O’Brien is giving away a signed paperback copy of Brix and a bunch of goodies.

Brooke O’Brien is the author of the Heart’s Compass series and the Tattered Heart duet. Her upcoming release, BRIX, a stepbrother/bully romance, is set to release on February 28th, 2020.

Growing up Brooke always had a love of writing; she started out writing poetry when she was young and began journaling her thoughts as she grew older. Diving headfirst into a good book has always been therapeutic for her. Now her two passions have collided.

Brooke believes you can cure any bad day with chocolate or by going on a long drive with the windows down and the music turned up! She’s found that’s when her characters talk to her the most! If she’s not reading or writing, you’ll probably find her spending time with her family and friends, watching Hawkeye football or NBA basketball, going to the movies, or collecting signed paperbacks.