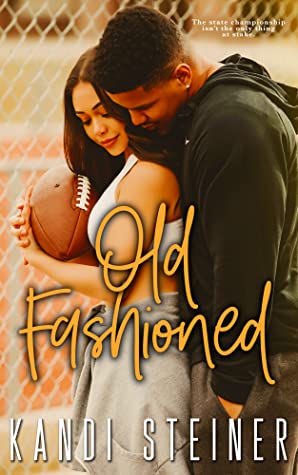 Old Fashioned; Becker Brothers #4
(A standalone within a series)

The final Becker Brother is finally here and while Jordan has always been the quietest and stoic brother of the four, he is also the best one to finish out the series.

Jordan Becker is a man of few words, but everyone knows that when he does offer them up you listen. As a high school football coach who has won the last two championship seasons, there is a lot of pressure on him to bring home the title again. It’s always a challenge with students graduating and new students coming on the team, but as a coach that is his job, but his greatest challenge this year will be working with the distraction of Sydney Clark, the new female athletic trainer. It’s hard enough wrangling hormonal teenage boys around the beautiful woman, but when he finds himself thinking about her nonstop, he knows she is more than just a distraction, she is someone he wants to know better. He has always been a man of few words, but around Sydney he finds himself opening up like he never has. He wants more with her than he has with anyone else, but the only problem is she wants to keep them a secret.

Sydney Clark is fresh from a nasty divorce and working as an athletic trainer has always been her dream. When things with Jordan get heated, working with Jordan Becker becomes complicated. He isn’t exactly her boss, but he is her superior and not to mention she’s a woman working in a male dominated field, the last thing she wants is to have rumors flying around that she doesn’t deserve her job. As much as she would love to date Jordan in public, there are so many factors for keeping their relationship private. Unfortunately the longer it goes the harder it becomes to actually come clean. Can they really have a future if all they can ever do is hide?

Old Fashioned is a slow burn romance, with lots of good Becker family moments entwined, and the big family mystery finally solved. While this can be read as a standalone, you would probably enjoy Old Fashioned if you’ve read some or all of the other books, but it is not required.

The epic finale of the Becker Brothers series. Each book can be read as a stand-alone.

When I declared sports medicine as my major and every man narrowed their eyes, that saying proved true. It was true when my ex-husband decided I’d give up my career when our daughter was born. And again when I divorced the Chief of Police in our small town, and he made it painfully clear that I could leave him, but I would never be free.

Landing the job as the new athletic trainer for Stratford’s high school team is my chance to start over. And walking into a male-dominated sport and staff, I’m ready for the challenge.

I’m not ready for Jordan Becker.

The head coach of our championship winning team is a Herculean force of nature—as severe as he is determined. His icy blue eyes and permanent scowl drive the women in this town mad, and his quiet power and undeniable command conjure respect from every man.

When I join his team, I expect the doubt and anticipate the fight from him. And I get them both.

I don’t expect to form a friendship.

And I never expect to fall for him.

My breath catches when those cool eyes fall to my lips. My body comes alive when his is near. And as those lines begin to blur, every warning bell sounds.

My job, my reputation are on the line.
And my ex is around every corner, waiting to remind me of his power.

It’s a man’s world, and if I want to survive, I can never fall in love with Jordan Becker.

Even if he falls in love with me first.

Binge the series to get the full effect when Old Fashioned releases! (Old Fashioned CAN be read as a stand-alone, if you don’t want to read the other brothers)
OLD FASHIONED — Coming March 19th. 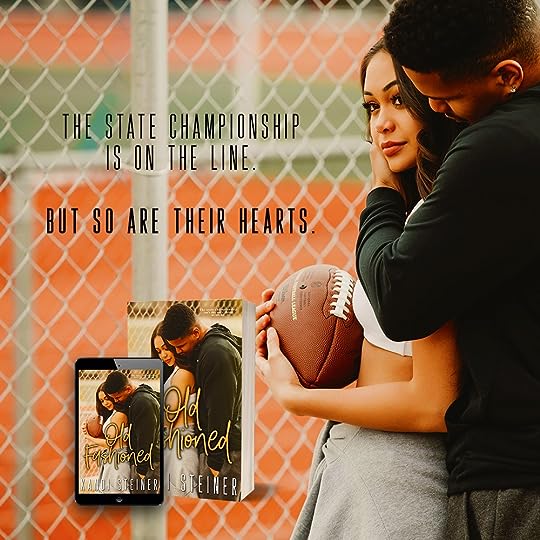