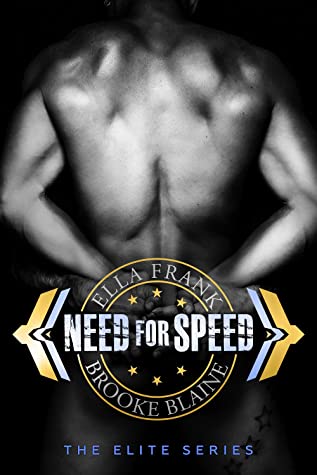 by: Ella Frank and Brooke Blaine

The high octane series continues with this steamy story between Solo and Panther. Ella and Brooke left us with a huge cliffhanger in Danger Zone and we finally find out how Panther fared when he ejected from his fighter jet. This continuation hits on a more emotional level, while still keeping the chemistry brewing between the two men. It still ends on a cliffhanger as this is just the middle portion of their story, but their ending is in sight.

Everyone has a moment in their life when they come to a fork in the road of a major life decision. Do you stay with the job you are currently working at or pursue a new one? Do you buy a new car or keep driving your current one? Is it time to move into a larger home or just make updates to where I’m living?

Even though every fighter jet pilot practices and prepares for the worst case scenario, you don’t actually think it will happen to you. When Panther has to make the split second decision to eject from his jet as he watches his jet crash into the ocean, that life or death decision changes his outlook on what is important in his own life.

Throwing the ever infalible Solo off his game when Panther begins showing him affection, Solo finds himself in new territory. What started as a way to blow off steam during this assignment is turning into more. He helps Panther heal mentally and physically and this only brings them closer, something neither one of them argue about.

Both Panther and Solo are heading into new waters and navigating what they’ve never allowed themselves to feel before it certainly can’t be any scarier than almost dying or watching someone almost die so perhaps they should go all in? With these two you know they don’t hold back much, so once they do decide it will be at full speed.

Need for Speed is the continuation of Solo and Panther’s story and should only be read after book one, Danger Zone.

MISSION RULES:
1. Kick everyone’s ass.
2. Do whatever it takes to win.
3. Do your best to distract the competition.
4. Especially when that competition is a gorgeous blue-eyed perfectionist who makes your blood run hot.

MISSION RULES:
1. Keep it safe in the air.
2. Prove you’re more than Commander Hughes’s son.
3. No distractions. Stay focused.
4. Don’t fall for your competition—especially not the rebellious heartbreaker with lips made for sinning. 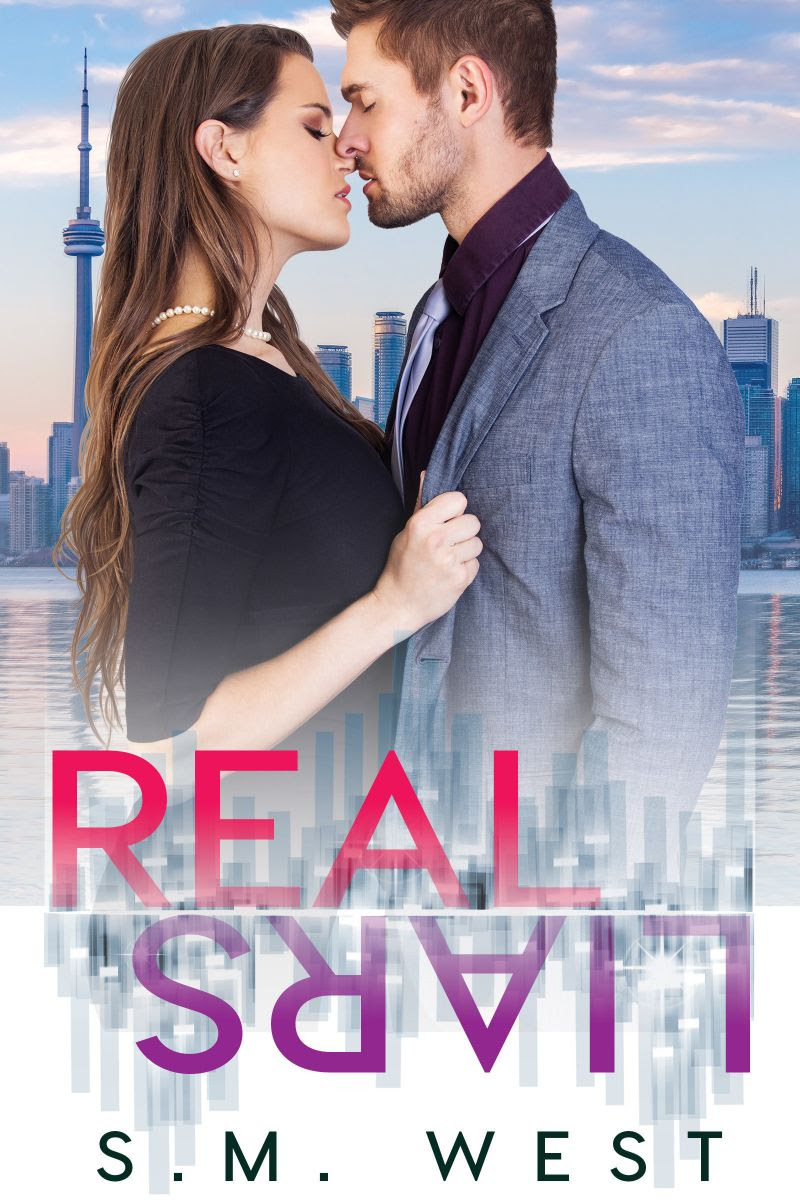 It’s a simple business deal until things get personal.

I’m one of Toronto’s most eligible bachelors and CEO of Rothwell Enterprises. I wear success like a well-tailored suit, but that doesn’t mean I’m not at the mercy of others.

My heavily guarded trust fund is all I need to take my business to new heights. But to get my hands on that money, I have only two options: wait till I’m forty or get married.

With my fortieth birthday still years away, getting married is the best short-term option. And when a woman walks into my office with a problem of her own, I see a golden opportunity for both of us to get what we want.

She needs a lawyer and I need a wife. My proposition? She pretends to be my love interest and I’ll make her legal problem go away. It’s a simple win-win situation.

If we play this right, nothing can go wrong…

At least, that’s what I thought.

S.M. West writes contemporary romance, romantic suspense, and whatever her heart desires. She’s a self-professed junkie of many things and is always planning her next adventure!

There is a giveaway for a $15 Amazon gift card 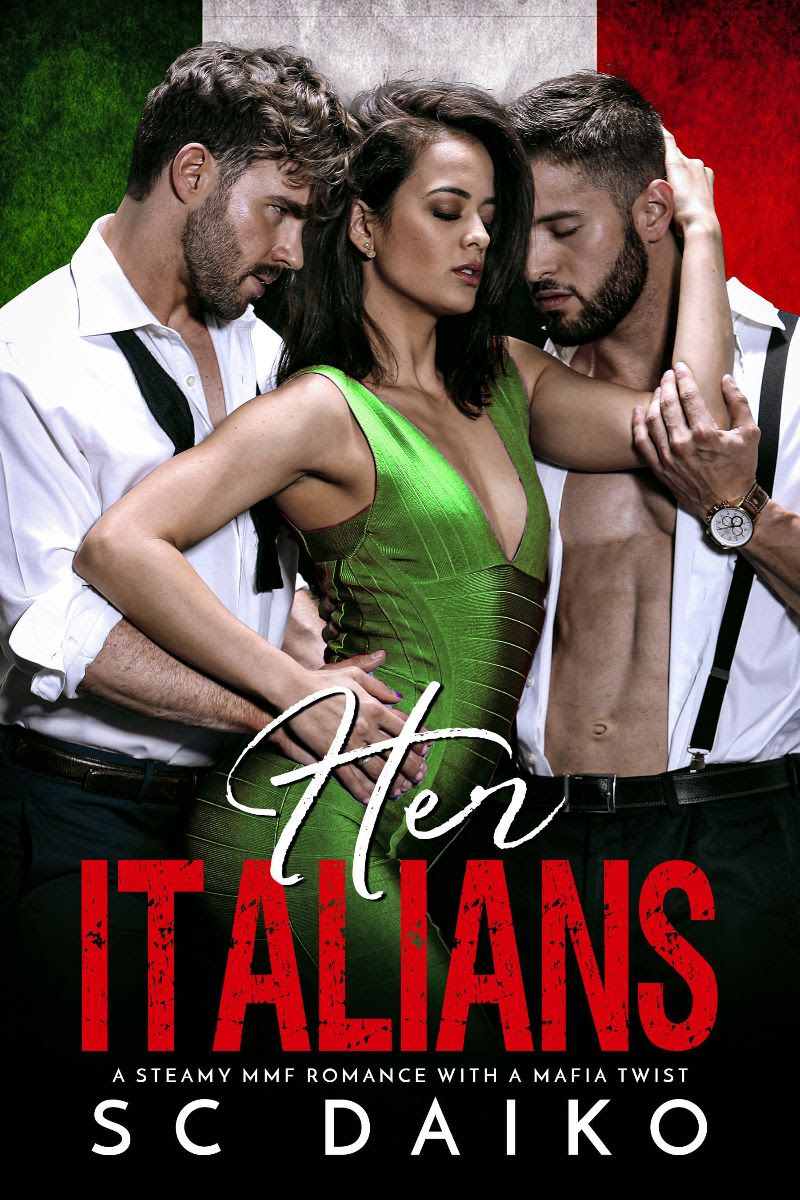 Venice, Italy.
Sumptuous, sensual, hedonistic.
I’m here to experience it all.
So, when I meet two super-hot Italians,
who want me to join in their enticing fantasies,
I have a few qualms about accepting.
After all, this is only a brief interlude in my life.
I’ll look back on it in the future as just a little fun.
In three months, I’ll return to the States and settle down.
Except, dark forces lurk beneath the murky mists of the Lagoon.
And, before too long, what started as a game has turned deadly serious.
I should run for my life before it’s too late.
But I’m already in way too deep to do that…

Every perfect rom-com has a twist that leads the heroine to her happily ever after.

Me? Somehow, in any room full of prince charmings, I always manage to find the one frog.

So this time, I’ve found my own twist. Four of my friends will each set me up. Four first dates. Four chances at my own happily-ever-after.

My brother’s best friend even offered to watch my baby while I’m out finding true love.

Only Maddox has sure grown up since I saw him last. The guy next door now looks more like the guy on a magazine cover. He’s inked and sexy. Muscular. Utterly irresistible. And… big.

Download your copy today for only 99¢ or read FREE in Kindle Unlimited!

USA Today and New York Times bestselling author Erin McCarthy sold her first book in 2002 and has since written over seventy-five novels and novellas in the romance and mystery genres. Erin has a special weakness for high-heeled boots, martinis, and Frank Sinatra. She lives with her renovation-addicted husband (he built her a bar, so it’s all good!) and their blended family of kids and rescue dogs. 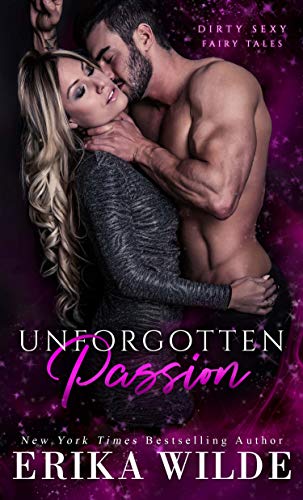 A sinful twist to the beloved classic tale of Rapunzel who was trapped in the ivory tower by her mother. The storyline was perfect for this second chance romance between Raevynn and Collin.

Raevynn is an international pop star and her mother is her controlling agent/manager. She grew up next door to Collin and the last time they saw one another was seven years ago when they were dating and it was also the night of their first and only sexual experience together. Raevynn went on to be a superstar and Collin went on to live his life working for Maddux Wilder.

This second chance romance is steamy and yet full of really great messages like forgiveness, taking care of yourself, and standing up for yourself.

I think sometimes we forget about the masks we wear at work, around others, with people we try to please, etc…Raevynn is tired, really tired of wearing a mask and always being perfect and it’s a good reminder that it’s okay to step outside and take a break from the mask you might wear. It’s okay to let go of what society wants, what others want, what your boss wants, and just remember what makes you happy.

Unforgotten Passion is a really good addition to the fairy tale series, but completely stands on its own.

A contemporary fairy tale with a dirty, sexy twist!  UNFORGOTTEN PASSION is a modern, sinfully seductive take on Rapunzel.

As a famous pop star, Raevynn Walsh has lived most of her life surrounded by fame and fortune while her every choice or decision is controlled by others. Each day she dreams of breaking free from her star-studded castle. She may be living a fantasy, but it’s not her own.

Collin Donovan can’t resist an opportunity to attend the Wilder Way Fairy Tale Ball and catch a glimpse of the sensual songstress he’d once adored but had been forced to let go. When the familiar chemistry burns bright, Raevynn turns to Collin to rescue her from her chaotic life and glamorous prison, even if only for a short while.

After escaping the guards, the two lovers unravel the lies around them and rekindle the passions they’d thought were forgotten. With their time coming quickly to an end, can they save the princess from her gilded tower or is she doomed to stay caged in the spotlight forever?

GLASS HEART SAVAGE by Lindsey Iler is #ComingApril6! Don’t miss this dark, bully romance set in the world of the privileged and depraved that will have you questioning everything you think you know about the boys at the top of the hill! Add to your TBR now!

The elite come to play on the campus of Glass Heart Academy.

My sister was their everything. I’m their nothing.

They waited three hundred and sixty-five days after her disappearance to acknowledge I’m alive.

Their wicked games should scare me.

Except they don’t know I’m not much different than her.

She’s sweet and naive. There are plenty of reasons why I should keep my distance.

Except where’s the fun in that.

I’m a boy who loves his toys and I’ve kept her on the shelf long enough.

It seems someone is determined on giving Palmer the same fate as her sister.

Problem is I’ve never been good at sharing.

{Glass Heart Savage is the first book in the Glass Heart Academy Series.}

Add to your Goodreads TBR: http://bit.ly/GHSgoodreads

To celebrate the cover reveal of Glass Heart Savage, Lindsey Iler is giving away a $50 Amazon gift card! Head to her Facebook page to enter: http://www.facebook.com/lindseyilerbooks

Lindsey Iler has had her feet planted in the state of Michigan since she was born and she still lives there with her husband and four kids.

When she’s not writing, she’s spending time with family and friends, listening to music, and reading.

Lindsey writes mature young adult/new adult romance. She falls in love with every character that pops into her head and is notorious for writing long chapters in her notes on her iPhone.

She finds inspiration from music and the people around her.

Catch Twenty-Two by Marie James is LIVE and FREE with Kindle Unlimited!

“Bully romance has never been so good…” Kristie, GR Reviewer

He can’t stand anything about her, but can’t keep his hands off of her.

I wasn’t looking for him.

With his sexy smirk and irresistible body.

I wanted nothing to do with someone like him.

So full of himself.

And losing it all.

If only for one night.

The kind of girl that gets what she wants.

When she wants it.

And I want nothing to do with her.

I’m drawn to her kindness and compassion.

She holds me when the pain won’t subside.

Catch up on the series and start reading book 1, One-Eighty, and find out why readers are loving the Westover Prep series!

The author is giving away a signed set of One-Eighty and Catch Twenty-Two and a $25 Amazon GC on her Facebook page. Stop by to enter —> http://bit.ly/MarieJamesFacebook

Marie James is a USA Today Bestselling Author of contemporary romance. She’s book boyfriend crazy, the mother of two rowdy boys, and a wife of 15+ years. She’s obsessed with tacos, otters, and FunCo Pops figures. Born, raised, and still living in central Texas, Marie spends most of her time locked away writing and reading.