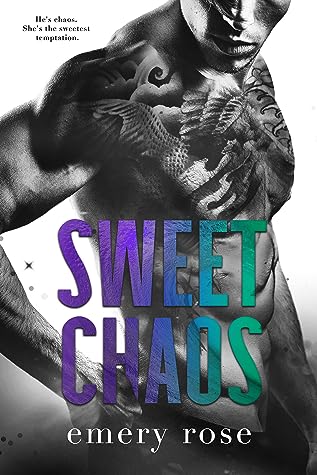 Dylan St. Clair; the brooding, mysterious, yet always has the back of his twin sister, Remy, is finally here!

This is a complete standalone, but if you read Wilder Love you probably were wondering all about Dylan and had to know his story just like I was. Dylan is the twin brother to Remy and we got glimpses of Dylan in her book and those glimpses were just juicy enough to want more!!!

Dylan and Remy were, I say loosely, were raised by a mother that lived a gypsy lifestyle. They never stayed in one place for long which led to a slew of problems. When they reached the age of sixteen they arrived in California and both Dylan and Remy decided to make a stand of finishing out their high school years in that final spot. This lead to both good and bad decisions in their lives. For Remy this lead to a lot of heartbreak (but that is her story to read) and for Dylan this did step him in the direction of becoming a self-made millionaire. A far cry from the trailer trash his life once was.

Whoever said money made you happy?

Scarlett was always second best. The second sister. Treated no better than a replacement. She was used to being overlooked. That is until Dylan came into her life. He never made her feel like a cast off, but as her sister’s ex-boyfriend she feels like a concession prize. Never measuring up to Sienna’s perfection. Even though Dylan never says anything directly she can hardly help the way she feels when it’s the way she’s been treated her entire life.

Whoever said having what you wished for will make you happy?

Dylan and Scarlett are both scarred in their own ways by their families. The old saying “the grass isn’t always greener on the other side of the fence” holds so true for the two of them. Dylan grew up scraping by. Moving from town to town with a mother that wasn’t involved in his or his sister’s lives at all. He fought against all the odds and turned his life around to make something better of himself. Scarlett on the other hand grew up in luxury in the same house her entire life. However, her life was pretty lonely. Her sister ignored her and her father and mother were cold and distant. When she refused to do what her father wanted he cut her off financially so by the time she was twenty Scarlett was living paycheck to paycheck.

Dylan and Scarlett may seem different at first glance, but are actually more alike the more you get to know them. They both hold their core values very close to their chest which, as it turns out, are both very similar. They are loyal, almost to a fault, but as much as they are stubborn, they love (in their own way) ferociously.

Their love when they first met would have been forbidden, yes, and you get to meet them both at this saucy/bantering age, but this story takes place years after that when they are both consenting adults. They are both older and wiser, which takes the forbidden age aspect away, but it does lay the sister’s ex heavy at their feet.

This couple will turn you inside out and practically break you with how deeply they care about each other and those around them. Thinking of their family, the town, and just dealing with a relationship that is new to both of them who have never dealt with one before is an adjustment. There is a lot of emotional punch in this story.

While Sweet Chaos can be read as a standalone, I do suggest reading Wilder Love to bring a deeper understanding to Dylan, he’s a real heartstring puller.

I’ve had a crush on Dylan St. Clair ever since he climbed into my bedroom window ten years ago.

I was eleven, he was seventeen.

A bad boy from the wrong side of the tracks with a chip on his shoulder and fresh bruises from his latest fight, he went on to play the starring role in all my teenage fantasies.

But I always knew he was off-limits. So, over the years I gave up wishing and hoping we could ever be together.

Until he kissed me on a cold beach one starry winter’s night.

Until he said those five words that changed everything. 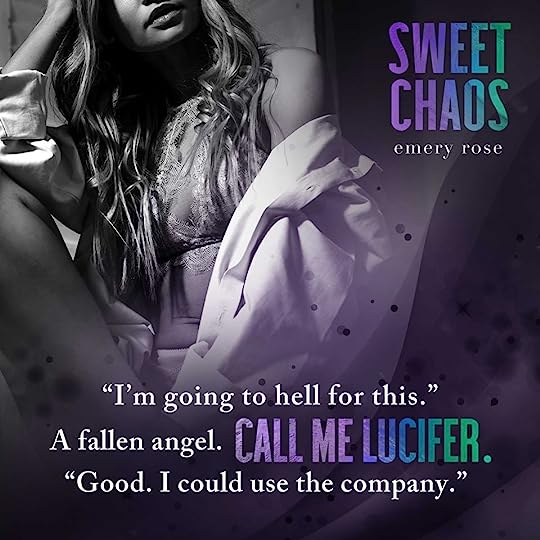