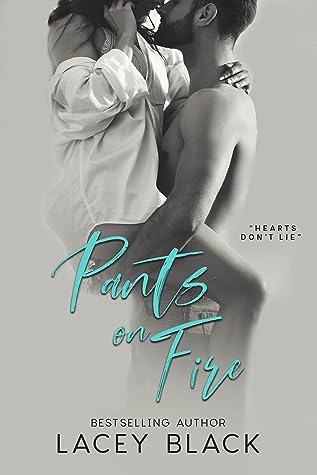 Pants On Fire
(A standalone)

In college, Cricket was dumped in the worst way…by text, while her boyfriend was driving away in her car, while driving towards their new beginning (a new job, a new apartment, etc…)Fast forward ten years and she is headed back to her alma mater asked to give a keynote speech where she will run into her ex. She panics when she sees him and pretends to be in a relationship with his former roommate, Rueben. It isn’t a hardship and the longer they pretend the more Cricket doesn’t want to fake it.

Rueben never had feelings for Cricket when he attended school with her, but it’s over a decade later and things have changed. She is a beautiful woman and she is also single. When she pulls him in to be his fake boyfriend he is flattered, but he also would love for it to be more than fake. They have chemistry, but she also lives across the country so he knows to push her for more isn’t realistic. He’ll enjoy being her fake boyfriend and then go back to being her friend.

Cricket and Rueben have great chemistry and their romance is sweet. I love that some of the story takes place not too terribly far from where I live, that doesn’t happen very often.

Success is what you make of it. That’s my motto and the premise of my speech; the one I’m heading back to Southern Illinois University to give at my college alumni reunion. As the morning co-host of Good Morning, San Francisco, I was asked to be one of the keynote speakers, and while I’m honored to do so, there’s only one problem. The other speaker is Danny Ohara, my former boyfriend. Throw in an issue with my credit card that leaves me stuck at the airport, no rental car in sight, until a familiar face appears like a guardian angel in sexy black glasses.

Here’s my dilemma with my attraction to Rueben Rigsby, my airport savior and old friend from college: I’m not supposed to be attracted to him. At all. He’s my ex’s former roommate. Yet that doesn’t stop my big mouth from lying about the status of our relationship when we come face-to-face with said former roommate. As in, we have one.

I don’t know why I agreed to come back to SIU for the alumni reunion, but I’m damn sure glad I did. When I found the familiar face stranded at the airport, I readily agreed to give her a ride. It’s great to catch up with Cricket Hill, as we make our way back to the place we ultimately met. What I’m not prepared for is this overwhelming attraction I feel for her. I’m not supposed to notice how amazing her butt looks in a pair of black yoga pants. She’s a friend. Period.

But Cricket has other plans. When she lies about our budding relationship to my former roommate and her ex, I have no choice but to go along with it to save face. I have to pretend to be her boyfriend. I mean, it’s one little white lie, right?

1 thought on “Review – Pants On Fire by Lacey Black”