A Secret For A Secret; All In #3
(A standalone within a series)

Helena Hunting is a writing genius because this series only gets better and better!!

Ryan Kingston is sweet, a total gentleman, and so respectful to everyone, but underneath all that buttoned up, milk-drinking handsome man is a dirty, insatiable guy. King is truly the perfect fictional boyfriend and I swooned HARD!

Queenie is the kind of beautiful chaos we all feel like at times. She is currently working for her father because she hasn’t decided what she wants to do with her life. Lots of bad decisions, mistakes, and indecisions have led her back to living with her dad which is also how she ends up back in the sights of King, a man she didn’t think she’d see again after their amazing one night stand.

King is steady, loyal, and a huge rule follower. When he finds out that his sister is actually his mother, you could say that his world is a little shook. For a man who never drinks, he heads to a bar, meets Queenie and well…the one night stand takes off from there. Something he has never done. Weeks later she appears as the managers new assistant who also happens to be his daughter. King, the rule follower, feels even worse, but it doesn’t dampen the feelings he has for Queenie.

As much as they try to follow the no-fraternization policy, it is nearly impossible. Their connection crackles whenever they are near and King finds himself drawn to the chaos as much as Queenie is drawn to his calm. I think that is what I love about this entire series, Helena is so good with each couple supporting and loving their faults, knowing that no one is perfect, but that together they complete each other.

Also for Helena fans, you will love the follow ups with past characters and I could totally see a second generation with all of the children these virile men keep helping with.

My name is Ryan Kingston, and I’m a rule follower. I’ve never been in a fistfight. I always obey the speed limit. I don’t get drunk, and I definitely don’t pick up random women at bars.

Except the night I found out that my whole existence has been a lie.

I got drunk. And picked up a stranger.

Her name was Queenie, and she was everything I’m not: reckless, impulsive, and chaotic. We did shots and traded secrets. And ended up naked at my place.

She left me a thank-you note in the morning and her panties as a parting gift. But no way to contact her.

Six weeks later I’m sitting in the first official team meeting of the season, and there she is. I neglected to mention that I’m the goalie for Seattle’s NHL team.

And Queenie? Turns out she’s the general manager’s daughter. 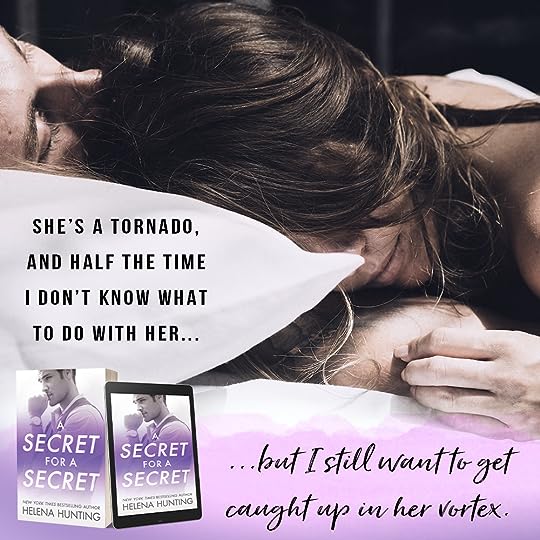