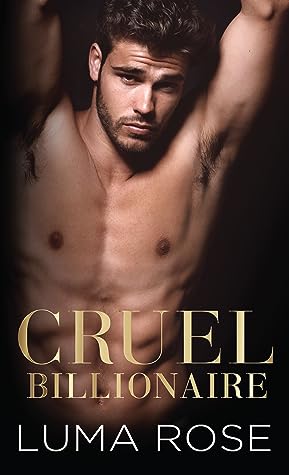 Cruel Billionaire; Rich and Shameless #1
(A standalone within a series)

Garrin Stone is not your typical hero. An entitled a-hole who is known to be cold and cruel, preferring to be alone, even among his friends who are known as the Classholes; made up of Garrin, Ford, Asher, Lincoln, Ryker, and Carter (who is now deceased).

Back in high school the Classholes were tight. Friends who pulled, not only stupid pranks on each other, but pulled them on other students to earn points. One prank in particular entailed sleeping with an unattainable girl which happened to be Isla Flores, earning more points also entailed capturing the act on video. Unfortunately, poor Isla didn’t know she was part of their prank, nor how her life would drastically change once that video was released. They too are bound by secrets and lies forever held in their fathers’ debt waiting for it to be called in, Garrin just never thought it would be called in when Isla returned to town.

A decade has passed and Isla has returned. She didn’t take into account running into the men who ruined her life, nor how they would receive her, especially Garrin Stone. She believed they were friends back in school, but his reception isn’t exactly warm and inviting. However, weeks go by and suddenly Garrin changes his tune and wants to date her. His cold and hot routine seems odd, but considering they were friends years ago she lets it go…afterall she did have a crush on him years ago. What’s the harm?

There are secrets abound in this first book of the Rich and Famous series. The relationship between Garrin and Isla is intense, but there is also mystery and suspense with a backstory that began back in highschool. This was only the tip of the iceberg and more of the mystery will be revealed in the coming stories with Ford, Lincoln, Asher, and Ryker.

Unbeknownst to her, Isla Flores returned to town with more than just her suitcases in hand. She dragged a shitload of baggage from the past into my present.

Her reappearance spurs my father’s twisted mind into overdrive. He devises a plan for me to marry the woman I love to hate. I want to tell him to go to hell, but he knows my secrets. Our secrets.

We never speak of what happened on our prom night, but Isla Flores’ arrival threatens to bring that night to the surface and reopen the cold case file.

Doing my father’s bidding will not only make me more like him, it will destroy Isla in the process.

Sometimes you have to be cruel to be kind.