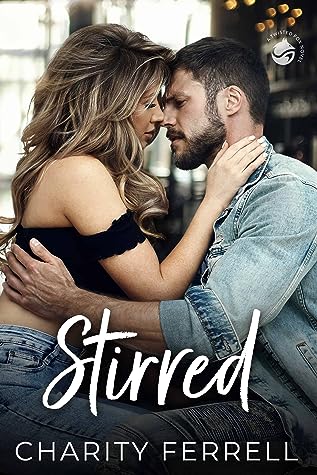 Stirred; Twisted Fox #1
(A standalone within a series)

Charity Ferrell stirs up all the feels in this amazing new book! Right out of the gate with the new Twisted Fox series we get humor, tears, angsty feels and forbidden love. Ferrell never disappoints which is why she’s a one chick author for me.

Stirred introduces us to a new cast of characters, just about twenty miles down the road from Blue Beech, so if you’ve read Charity’s previous books you might recognize some of your favorite characters popping in, but know that Twisted Fox is a new world with lots of people to meet and fall in love with.

In Stirred we meet Jamie, Cohen, and Cohen’s son Noah, they are a package deal and I dare you not to fall in love with the adorableness that is wrapped up in the five year old little boy. Strangely enough, Noah also happens to be Jamie’s nephew and here is where we get into the forbiddenness of Cohen and Jamie’s romance.

Cohen dated Jamie’s sister, Heather, all the way through school, but right after birth, she wanted nothing to do with her son and gave up all rights to Noah. With his son now as his singular focus, Cohan cuts all ties to Heather and her family, which included Jamie. He doesn’t have time to worry about anything else, especially an ex who doesn’t want anything to do with the person who means the world to him.

Jamie hasn’t seen Cohen or Noah for five years, that is until they end up in her ER department. Shocked is an understatement when she first sees them, but wanting to reconnect with her nephew is paramount and the crush she used to have on Cohen hasn’t diminished in the least, but she’ll take knowing Noah above all else.

As much as Cohan wants to continue to keep Jamie out of their lives, he eventually concedes and Noah instantly takes to her. As much as he tries to stay away and give Jamie time with his son, he eventually is drawn to Jamie too, and Cohen can’t help his growing attraction, but they both realize crossing lines could be detrimental if things go bad. It wouldn’t be just their hearts on the line, but Noah’s too and breaking his heart may be a line they aren’t willing to cross.

This is such an amazing start to a new series that will really touch you and pull at all your heartstrings.

I don’t want him.
I can’t do this.
That’s what my ex said after our son was born, leaving me a single dad.

These days, my world consists of two things: Noah and my bar.
Until her—the woman I want —but can never have.
My ex’s sister wasn’t supposed to be stirred into the mix.

Even though I try to push her away, my son falls in love with her.
As much as I want to keep my distance, I can’t break his heart.

Lines become blurred, and fighting our attraction becomes nearly impossible.
Even though we know it’s wrong, desire doesn’t always fade away.
As soon as we cross that line, nothing will be the same and everything will fall apart.
And it does. 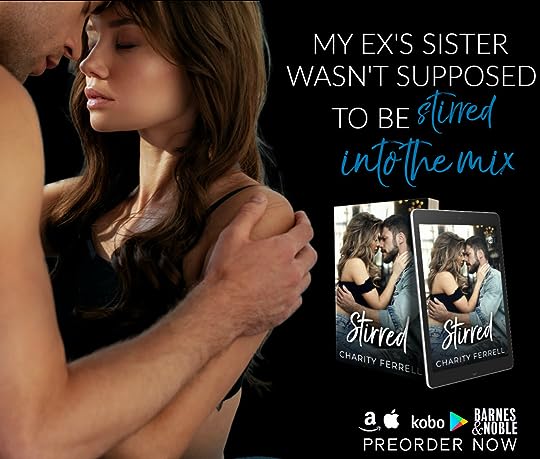