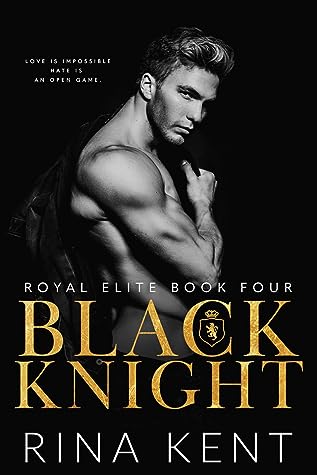 Black Knight; Royal Elite #4
(A standalone within a series)

Black Knight is raw, powerful, and kept me riveted to every page late into the night. Rina Kent wrote a beautifully twisted story with a broken anti-hero and a wrecked heroine. Oh, it’s a gorgeous bumpy ride that touched me personally.

This was my first Rina Kent book, but I can say for a certainty that it will not be my last. I had no trouble jumping right into Black Knight as it can be read as a standalone, but catching up and reading more is something I’m definitely looking forward to.

In Black Knight Kimberly deals with a lot of emotional issues, most of which she deals with alone with no one the wiser. Not only does she have eating disorders, she suffers from mental ones as well, like depression and cutting to name a few. She is in pain and looking for a way to fill the void that lives within her chest. It’s not a recent ache, but one that began basically from birth. She has a loving, but absent father leaving her with a mother that not only ignores her, but also emotionally abuses her. This void in her soul only grows bigger by being bullied at school, especially by those students who were her friends as young children. It’s easy to feel low and believe the bad things about yourself when you don’t have anyone in your corner to help feed you positivity. People who should care about you, be by your side, at least give you some spark of belonging. The darkness is very easy to succumb to when there is no one to shine some light.

While this book comes with a warning about triggers, as Kim feels alone and expresses herself in a very dark way, Rina Kent touched on multiple subjects in a way unlike any I’ve read before. Ways that I have been unable to verbally express in the past and it was therapeutic for me to mentally unpackage some old baggage and share them with a fictional character, but heed Rina’s warnings if this subject is not for you.

Xander used to be Kim’s friend, until they had a giant falling out, now he can barely stand the sight of her. Like a cat with a mouse, he toys with her…acting like he cares, but then not letting it show…dragging her emotions through the wringer. He becomes a master at toying with her, or is he? You see, Xander and Kimberly were best friends for years and there is no one better to really see through the mask she wears for everyone else, but he sees below the facade, but should he care? He too carries his own burdens and his Knight’s armor is dinged and rusty, so what happened and why did he fall from grace?

Xander and Kim’s world will rock you! Seriously the emotional angst is high. There were times that this story was very personal for me, which may be why I had to keep turning the pages, I had to know what happens between these two!! Thank you Rina for writing this emotional, personal book!

Love is impossible. Hate is an open game.

Kimberly
He was once my best friend, now he’s my worst enemy.
Xander Knight is heartbreakingly beautiful.
Ridiculously popular.
Brutally cruel.
He’s a knight but won’t do any saving.

Xander
We started as a dream, now we’re a nightmare.
Kimberly Reed is pathetically fake.
Terribly innocent.
Secretly black.
She can hide but never from me.

Black Knight is part of Royal Elite Series, but could be read on its own. For better understanding of the world, you might want to read the previous books first. This is a high school bully romance, mature new adult, and contains visceral mental health situations that some readers can find triggering. 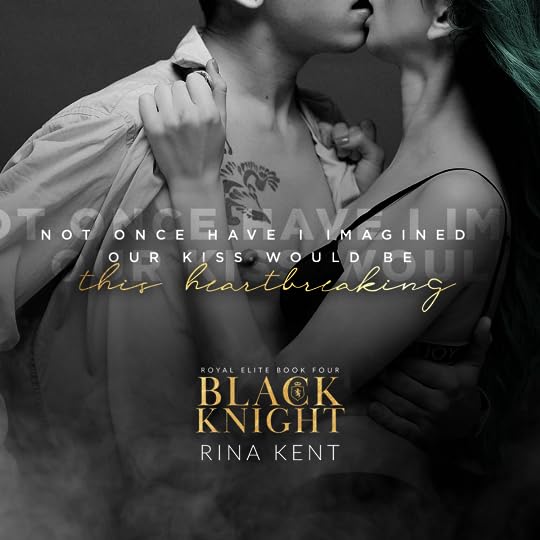 This book is a standalone, but for better understanding of Royal Elite’s world, it’s advised to read the previous books in the series first.