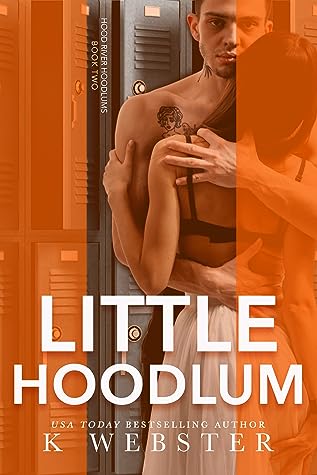 What a journey!! I honestly did not know how Jordy and Rouk were going to get out of their tangled mess and end up together. There was so much passion, emotional turmoil, and everything stacked against them, but in the end…I just had to know!!! K. Webster writes a gorgeous angsty book with suspenseful adventure in Little Hoodlum.

While Jordy Martinez spent the last three years in prison for saving the lives of his best friend, Roan, and his little sister, Roux. He doesn’t regret a moment for making the decision to end the lives of the men who were trying to rape and murder those he considered his family. Now that he’s out and free, he’s not about to let Roux mess up her life by falling in with the wrong crowd of people that he helped save her from years ago.

Roux is angry with Jordy, not for saving her years ago, but for cutting off all communication. He was like a brother to her when she was younger, but now that he’s out and living in her home all the brotherly feelings have vanished and she’s forgiven him for vanishing. Now instead of anger, something else is brewing between them and it’s strong and powerful. She wants Jordy, desires him more than she has wanted anything before in her life and she isn’t sure how to go about that.

While Roux is mixed up with a thug, a baby brother of a heavy criminal, she has also been friends with him for years so completely detaching herself isn’t exactly easy. Her best friend, who is also Hollis’ sister, is also mixed up in this crowd, seems to be losing herself and Roux is beside herself on what to do to save those she loves.

Jordy needs to keep his nose clean while out on probation, but when he finds out that Roux is mixed up with thugs he inserts himself into a life he never wanted to get mixed up in again. However, choosing to save those he loves over going back to prison and he knows he’ll choose to save his family every single time.

Forbidden goes beyond what these two struggle with. Roux is only seventeen, so there is an age equation to contend with, but with the way she was raised she is also mature beyond her years. However, with Jordy’s past and prison record he has zero wiggle room to mess with the law. There is an entire web of Jordy’s past and Roux’s present that both are entangled with that come crashing together. Untangling the web is complicated, but love is worth it, right?

Be prepared for intense chemistry, angsty emotional layers of suspense, and a deep soulful love.

The Hoodlums are all interconnected and while K. Webster does a really good job of bringing readers up to speed with Hollis and Roan, I feel reading this as a standalone is like missing half of the story for Jordy and Roux. In Little Hoodlum, I absolutely loved the moments inside Hollis and Roan’s life. In Hood River Rat, their story was full of rife, so seeing them happy made my heart happy.

There are few people in this world I thought I could count on.
My brother. My two best friends. And him.
Jordy Martinez.

Problem is, Jordy thought protecting me was his sole mission in life.
He gave up everything for me and my brother, including his freedom.

Losing him left me hollow and empty.
But after three long years, I’ve learned to live without him.

Until I get mixed up with a guy who has dangerous connections in Hood River and everything begins to crash down around me just in time for my senior year of high school.

Possessive boyfriend with a penchant for violence.
Best friend turned enemy.
Fights with my big brother.

Everything’s a mess and I’m not sure there’s any fixing it.
I might just need that bully ex-convict who’ll do anything—again—to keep me safe.

All I want is peace, happiness, and love.
And I won’t go down without a fight in order to get it.
I’m a Hoodlum after all.

They call me Little Hoodlum, but I’m not so little anymore…

This is a full-length high school friends-to-lovers, forbidden, and new adult romance with high angst, suspense, and gutting emotion. It’s book two in the Hood River Hoodlum series that will have interlinking storylines. Little Hoodlum shouldn’t be read as a standalone and is the continuation of a four-book planned series that gives each Hoodlum a book. The first book in the series is the only MM story. The others, including this one, are MF. 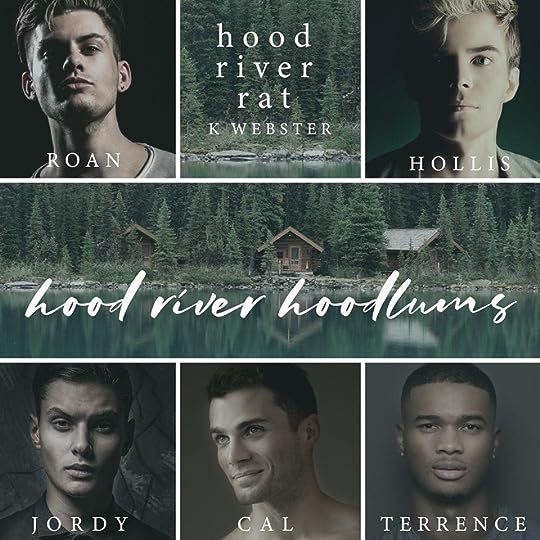 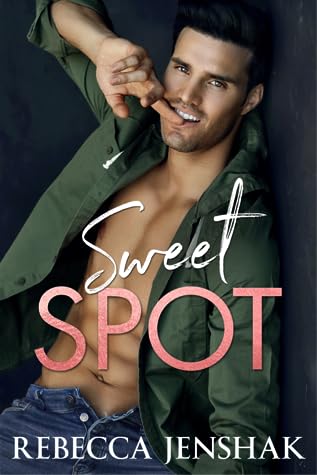 I loved returning to Valley U and this time for an entirely new sport. Rebecca Jenshak has wowed me again and again with her new adult/sport romances and Sweet Spot is another hit to add to her growing list.

This was my very first golf sports romance and while golf is the sport that made this book new to me, the passion and drive behind what makes a sports player seek out that once in a lifetime dream is just one of the reasons I love reading this trope. Mix in a good juicy romance and I’m a total goner.

Fans of Jenshak’s books will love the connections to characters of the past, but Sweet Spot is a complete standalone as this is a new class now attending Valley U.

Lincoln Reeves owns his own sports consulting business that help athletes in perfecting their craft, hence some of the connections you may see pop up. Lincoln himself, is a golfer, and was a pro until he injured his back. Now he runs his own business and it has grown to the point that he travels all the time and has multiple consultants working for him. He just so happens to be helping the boys golf team at Valley U when he comes across Kiera and her golf swing. He hasn’t seen anything quite so inspiring in quite a long time. He doesn’t exactly have time to coach anyone privately anymore, but it doesn’t stop him from offering her some tips while he’s there.

Kiera Brooks puts everything into golf. Every spare moment, all her energy, every thought is taken up by this sport. Her coach doesn’t like her no matter how hard she works so when a hotshot swing coach strides over when she’s practicing to offer her advice she isn’t exactly nice to him. But when she meets him later she rethinks his comments and asks him to coach her, Lincoln declines, but Kiera is nothing if not persistent and eventually she wears him down she knows she’ll get back in tournament play with his help and so their coach/player relationship begins. With persistence, dedication, and so much drive she does everything Lincoln says and improves her game.

Neither Kiera nor Lincoln were looking for a relationship, but they were so organically matched that their chemistry grew and grew. It was only time until the lid popped off and they finally exploded. Even though they both knew a relationship was basically impossible, their schedules were booked, ultimately it’s hard to stop a boulder from rolling down the hill once it’s been pushed and someone is going to get rolled over at the bottom.

Sweet Spot was an easy read, it flowed so naturally, it was easy to get caught up in their daily lives, but then it was over and I was sad to leave Valley U once again. However, with a new class and new sports all waiting in the wings I’m excited to see what Rebecca brings in the future.

A grumpy golf pro coaches a hot-headed college golfer in this fun and sexy sports romance.

Lincoln Reeves may be a pro golfer and revered swing coach, but when I meet him, he is just one more person telling me I’m not good enough.

So, I do what any girl in my position would do. I tell him to get lost and take his arrogant, annoying smirk with him. I never expect to see him again. I certainly don’t expect to run into him that same night after one too many tequila shots.

Turns out that he’s kind of a big deal. Okay, fine, a really big deal. In fact, he might be the one person who can take my game to the next level.

Convincing him to help will be difficult.

Not throwing my club at his handsome face when he makes me work harder than I thought humanly possible will be excruciating.

But not falling for him will be the hardest thing of all.

SWEET SPOT IS A STAND-ALONE SPORTS ROMANCE SET IN THE VALLEY U WORLD.

Add to your Goodreads TBR: https://bit.ly/SweetSpotGR