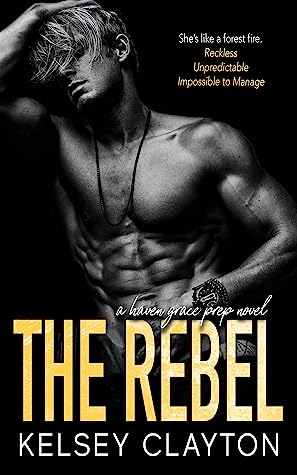 The Rebel; A Haven Grace Prep #3
(An interconnected standalone within a series)

An explosive, emotional read! This is a forbidden story between an injured NFL player turned resigned high school teacher and a rebellious student who finds herself repeating her senior year of high school. When Tessa finds herself parked in the very class of her one night stand from weeks ago, it’s safe to say that neither Tessa nor Asher thought that their lives would change quite like they did after their intense evening.

Asher Hawthorne never thought his football career would be over at the age of twenty-eight, but he also never thought that he’d be teaching a bunch of rich, entitled students either, so never say never. To top off his fall from grace his one night stand, whom he met in an over twenty-one club, is now sitting in his high school class on the first day of school. Thankfully she’s eighteen, but she’s still his student and no matter how much he can’t seem to forget her, he has a job to do and Tessa isn’t on the syllabus.

Tessa Callahan is a spitfire. She’s bold, outspoken and plays by her own rules, but deep inside she’s broken. She’s been beaten down again and again and uses her brash personality to hide her scars. Tessa is a master at playing her own game and has used her twin sister, her past boyfriends or substance abuse to hide behind her real emotions. As those protective shields have slowly been peeled away it’s left Tessa vulnerable to emotions she doesn’t want to face, but there is one person who doesn’t let her hide, who likes the real Tessa, the question is will Tessa permit him inside?

Asher and Tessa’s story goes deeper than just a forbidden romance. Tessa has endured things that have matured her beyond her years, so the age difference becomes more of a running joke between them. There are lots of wonderful moments of levity strung throughout the story which offset the highly emotional moments that will pull at your heart.

I couldn’t stop turning the pages of this book once I began. The Rebel is  interconnected with Clayton’s previous Haven Grace books, but she works the storyline in that you could read this as a standalone if needed. There are so many directions she can take us in the upcoming books and I’m excited to see where this series will continue.

I don’t play by the rules.
Never have, never will.

The second our eyes met from across the club,
I could feel a shift in the air—an overwhelming pull drawing me in.
One mind-blowing night is all it was, or so I thought.

Repeating my senior year may not have been the plan,
But finding out my one-night stand is my new teacher—
That’s something I never saw coming.

His gaze bores into me with the same intensity.
That body, those hands, I remember every touch.
I should stay away, but I don’t want to.

This time, all bets are off.
I’ll let him think he’s in control,
Until I bring him to his knees.

Passion and fire,
Forbidden and wrong.
Like I said, I don’t play by the rules.

**This is Tessa Callahan’s story!** 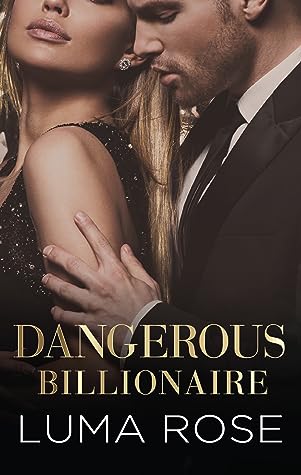 Dangerous Billionaire; Rich and Shameless #2
(An interconnected standalone within a series)

Dangerous Billionaire is packed with adrenaline, mystery, and intrigue. It’s a well worth book to add to your summer reading. It’s an interconnected storyline, but can be read as a standalone.

A politician with a dark secret and a longing to release the pain that swirls inside of him. Ford Masterson appears to have it all; money, looks, a golden path to opportunity, but inside he’s a black pit of darkness just waiting to be unleashed. Ford may be the mayor of Denver and he has things to do that don’t involve his crooked father, unfortunately his father has other ideas.

Naomi is working undercover for the FBI and her latest case puts her in Masterson’s office. Not only is she working to bring down Senator Masterson, but in doing so she will have vindicated her father’s death that she knows deep down he had a hand in orchestrating. When she took this assignment she never thought about what stood in her way, that was until she met Ford Masterson.

Ford and Naomi soon discover that they have a lot in common, their dislike for the Senator being one of them, but neither of them reveal all of their cards. Ford doesn’t know that Naomi is working for the FBI and Naomi doesn’t know for sure that Ford wouldn’t choose family above her. With time running out who will get hurt in the end?

I’ve finally escaped from under my father’s political shadow—I’m no longer the political prince—I’m mayor now. It might not be a Senator but it’s the first step of my well-orchestrated plan to one day dethrone my father.

True to form, my dad comes demanding his due. Asking something from me I can’t give him unless I want to hand him more leverage to use against me.

Still, the pieces are coming together until Naomi Beneton shows up in my office. At first, she’s my savior—the best assistant a guy could ask for. But then I start to appreciate her quick wit and clingy dresses more than her administrative skills and things become complicated.

I realize too late that Naomi isn’t who she says she is. She holds the power to destroy everything, including the wall I’ve built around my heart. It would be easy to give into my desire for her, but she has no idea how much of a danger I am to her.