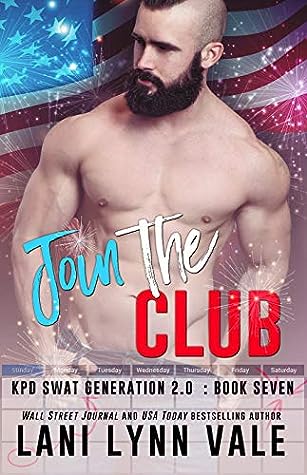 Join the Club; SWAT Generation 2.0 #7
(A standalone within a series)

I love this continuation of the Pena-Davidsdottir story. I knew several books ago when it was hinted that both brothers had a thing for the sisters and that there was a child in the mix between them that my inner drama-llama would love it and Vale did not disappoint!!

We got a glimpse of Bourne and Delanie in the last book (Joke’s On You) and because the Pena brothers and the Davidsdottir sisters are identical twins both stories do intersect at points. I would recommend reading the first book before this one, as I do feel that they blend well together more than any other book in this 2.0 generation. Yes, you could read Join the Club as a standalone, but I feel you would enjoy it more after having read Booth and Dillon’s book.

I love that both siblings have been in love with the opposite twin forever, but due to an evil, heinous mixup, that did result in a beautiful little boy, neither couple has really moved on. Bourne swears he will never encroach on Booth’s baby mama, Delanie. Even though Bourne’s been in Asa’s life since the very beginning, at his brother’s insistence, he gave up entering the military to be there for Delanie and Asa while Booth was deployed. Then Bourne gave up using his education degree when Booth returned home so they could be on the SWAT force together and certainly not last, he’s given up the one woman who makes his blood pump faster than anything, all in the name of his brother. Bourne feels like his life has been on hold forever, but he loves his family and he wouldn’t change a thing, well, maybe one thing and Delanie is the one thing he finally decides to take for himself.

Delanie has been in love with Bourne for forever. Yes, she has a baby with Booth but she was never in love with him. When Bourne finally makes a move, she is more than happy to jump on board, but eventually things get complicated and her worst fears may finally come true. She never factored in her domineering father, her growing business, and the complications of being with a brooding SWAT twin.

Will life with the Pena boys ever be easy?

There are a few lessons one has to learn for themselves. Then there are the lessons that most people don’t have to learn because it’s just not done.

For instance, most people know instinctively that they shouldn’t crave the mother of their brother’s child.

Bourne does everything he can to fight the attraction he feels for Delanie, but in the end, his refusal to go there almost ends up costing him his life.

Delanie Davidsdottir just wanted to forget. One night, she wanted to feel like a normal human being.

That one night changes her life and gives her a son that becomes her heart and soul. From that point forward, she does her level best to keep her head on straight and not make any more mistakes.

And falling for her child’s father’s twin brother—say that three times fast— would be a mistake. Not only is he Trouble with a capital T, he’s also a SWAT officer that puts his life on the line every single day.

She can’t take another loss like the one she suffered once before.

Then again, Delanie never encountered a man like Bourne Pena before, either. 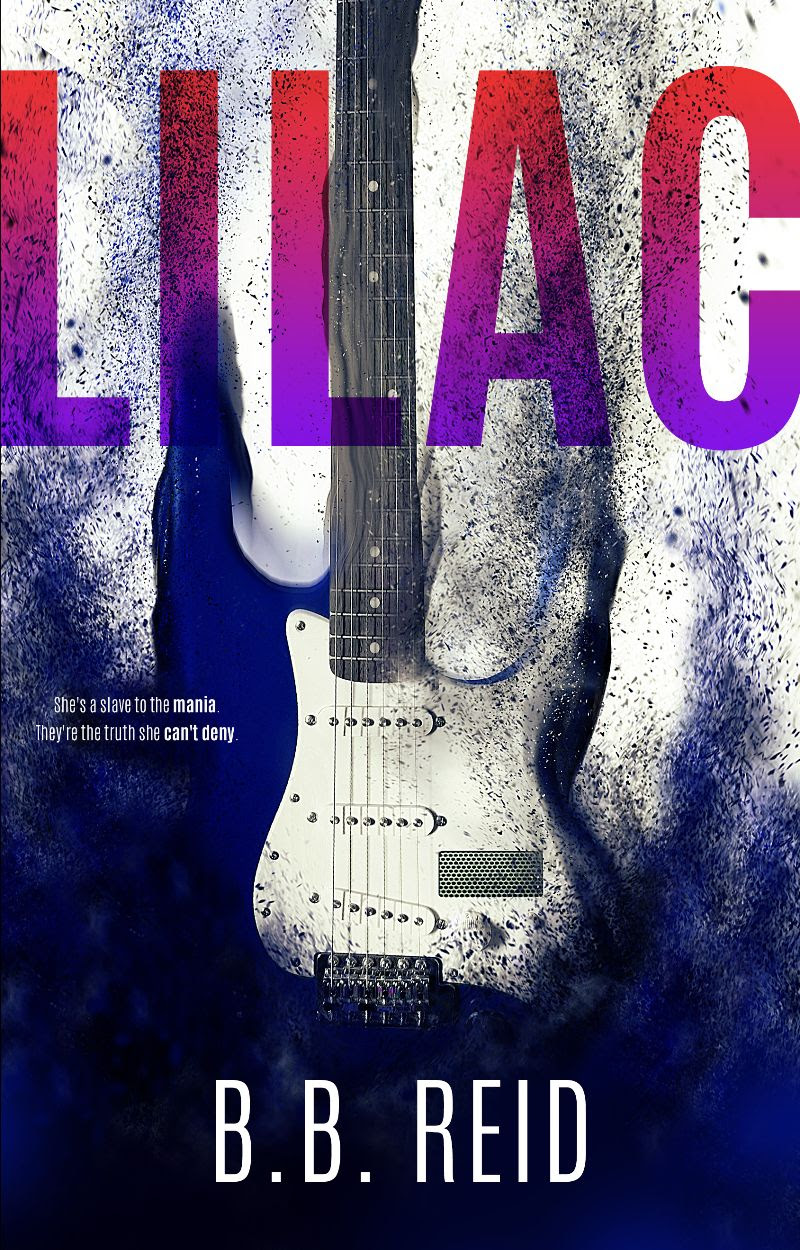 I, Braxton Fawn, am the luckiest girl alive.
Or so the world keeps telling me.
Every so often, gods walk the earth. This time they came as musicians. When Bound loses its lead guitarist, yours truly is chosen to fill his shoes. From dive bars to the big stage, my instant claim to fame is nothing short of a fairytale. The only problem?
My new bandmates.
Jaded, gorgeous, and ridiculously talented—they’re determined to turn my dream into a nightmare. It’s no secret I wasn’t their first choice. I wasn’t even their last. The label wants a new image, Bound wants me gone, but I’ve got my own agenda.
To succeed I have to survive a world tour, public scrutiny, and idols turned enemies. But the biggest threat of all isn’t a meticulous frontman, a narcissistic bassist, and a drummer with too many secrets.
It’s me.
Somehow, I must resist the temptation of Houston Morrow, Loren James, and Jericho Noble.
It seemed easy enough when I boarded their tour bus, but it only took one city for the lines we’d drawn to blur.
Only ninety-nine more to go.

***
Lilac is a rockstar, reverse-harem romance and complete standalone. Pre-order for a special price or read FREE via Kindle Unlimited upon release.

B.B. Reid is a bestselling author of new adult romance. She grew up the only daughter and middle child in a small town in North Carolina. After graduating with a Bachelors in Finance, she started her career at an investment research firm while continuing to serve in the National Guard. She currently resides in Charlotte with her moody cat and enjoys collecting Chuck Taylors and binge-eating chocolate. 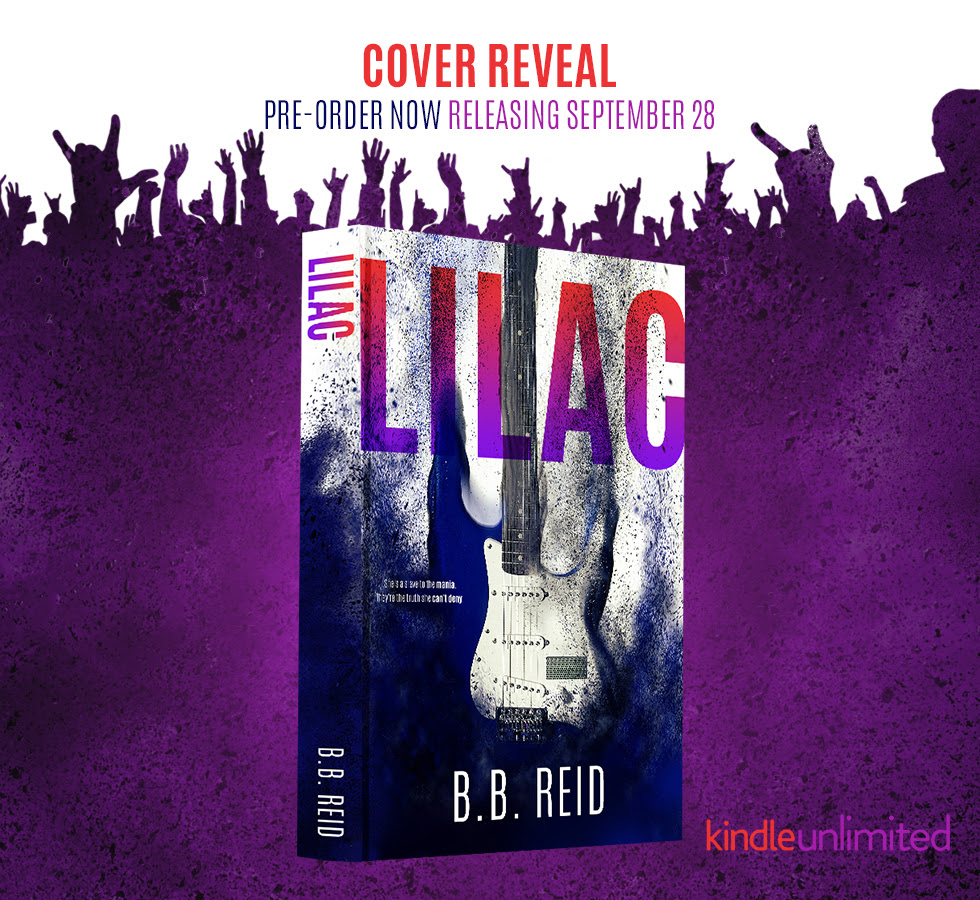 When the Time is Right, an all-new single dad contemporary romance standalone from USA Today bestselling author Aly Martinez and M. Mabie is coming July 30th, and we have the irresistible cover!

Hudson Bradley is the cockiest, most stubborn, hard-headed man I’ve ever known. And for fifteen years, he’s been my brother’s best friend.

But lately, what I’m feeling for him isn’t friendship at all.

Why is my heart racing every time his blue eyes lock on mine?
Why does every word he rumbles in my ear make my body come alive?
And worst of all, why did I bet him that I could find a woman he and his son would both love?

If I hadn’t given up on love altogether, Hudson would have been perfect for me. After all, he was there the day my world fell apart. He’s spent the last six years piecing me back together.

There are a million reasons why we could never work, but after a single kiss, I can’t remember any of them.

Now that the time is right, I have to make him mine—before I lose him forever.

Add WHEN THE TIME IS RIGHT to Goodreads: https://bit.ly/3gYGYXu

Never one to take herself too seriously, she enjoys cheap wine, mystery leggings, and olives. It should be known, however, that she hates pizza and ice cream, almost as much as writing her bio in the third person.

She passes what little free time she has reading anything and everything she can get her hands on, preferably with a super-sized tumbler of wine by her side.

Mabie lives in Illinois with her husband. She writes everything from steamy romantic comedies to angst-filled, pull your hair out drama. She enjoys it all. With her unconventional love stories, she tries to embody “real-life romance.”

She cares about politics, but will not discuss them in public. She uses the same fork at every meal, watches Wayne’s World while cleaning, and lets her dog sleep on her head. She has always been a writer. In fact, she was born with a pen in her hand, which almost never happens. Almost.

Two boys.
One tragedy.
Grief bonds us.
The mystery of this murder will break us.

My best friend was brutally ripped from this world, but her brother and boyfriend are still here.

One of them wants to use me.
The other wants to forget me.

Both of them make me feel alive.

Two boys.
One tragedy.
Grief bonds us.
Love will tear us apart.

The authors are giving away a $25 Amazon Gift Card as well as paperbacks on their Facebook pages. Go to CoraLee’s and Carrie’s FB pages to enter:

Coralee June is an international bestselling romance writer who enjoys engaging projects and developing real, raw, and relatable characters. She is an English major from Texas State University and has had an intense interest in literature since her youth. She currently resides with her husband and two daughters in Dallas, Texas, where she enjoys long walks through the ice-cream aisle at her local grocery store.

I have always loved to read. In kindergarten, I was the weird kid sitting in the reading nook by myself instead of trying to get more snacks. I’m excited to be putting my own voice on the page and watching a story I helped create come to life. I still love to read, but I also really like snacks.

I grew up in Chicago but recently moved back to the Dallas area where I live with my husband and son.

I have my Bachelor of Science in Biology. I spent a year researching chimpanzees and gorillas while I was in Chicago and then I spent another two months on a chimpanzee sanctuary trying to convince headstrong chimps to cooperate. Pro tip – grapes are a pretty hot bargaining tool. They work wonders with my toddler too.