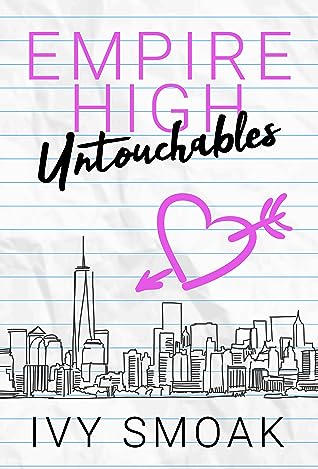 Empire High Untouchables #1
(#1 in a series)

A twisted, tangled love triangle that kept me turning pages well into the night. #TeamMatt or #TeamFelix you will find yourself, like I did, continually going back and forth, because staying in one camp is nearly impossible.

Brooklyn Sanders recently moved in with her uncle after she lost her mother and since she never knew her father, her uncle is the only family she has left. Beginning in a new school is never easy. Beginning in a new school after losing your mother, your home, your whole life, and then starting at one of the wealthiest schools in the state where you’re only able to attend because your uncle is the janitor – well – that only compounds the suck that Brooklyn feels on a daily basis.

Her only friend is her neighbor, Kennedy. That is until she makes an unlikely ally in gym class, Felix, a cute boy who’s friendship turns into something more. He’s popular in his own way, but unlike most everyone else at Empire High he doesn’t come from old money, so he too feels like an outcast, which connects him to Brooklyn even when she knows deep down they really aren’t alike at all. But how do you give up on a relationship when you only have two people in your corner to begin with? Losing his connection would mean losing half of her social life.

Then we have the world of the Untouchables; James and Rob Hunter and Mason and Matt Caldwell. They make up the Gods of Empire High. Brooklyn can’t help but stare at the god-like boys who grace the halls of her school even when she knows she shouldn’t. It attracts the attention of the meanest girl there, Isabella Pruitt and her evil minions. As much as Brooklyn tries to keep her distance and staring to herself, she just can’t seem to help herself and Matt Caldwell in particular is the one she is most obsessed with.

Matt lets it be known that he took notice of her. Over and over again he toys with Brooklyn and her feelings. Like a cat and mouse game her emotions get frayed, but she also can’t seem to stay away. His pull is so great even when Brooklyn knows it’s a losing game. How does a moth stay away from the flame? It doesn’t it always gets burned.

Lost in a sea of loneliness, with no one really to trust. In a new school, a new life, she’s weighed down by burden’s that no girl her age should have to carry. Ivy Smoak whipped up a dynamic tangled story that will keep you engrossed all the way until the end. And oh, what an ending!!

The Untouchables. That’s what everyone calls the Hunter and Caldwell brothers. At least, it’s my best friend’s nickname for them. And since she’s the only one that talks to me at my new school, I’ll take her word for it.

No matter the reason for their nickname, it’s an ironic one. Because I’ve only been going to this school for a week and I already want to touch. 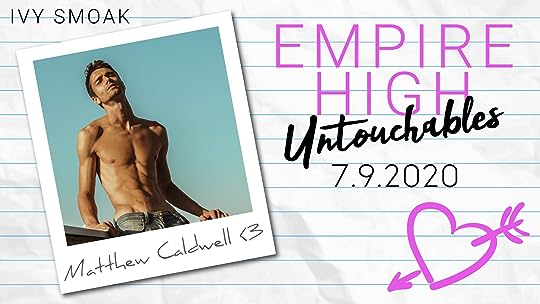