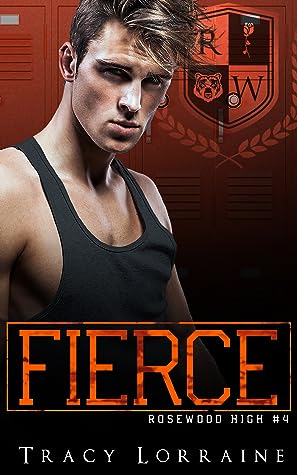 Fierce; Rosewood High #4
(An interconnected standalone within a series)

Two very different people, two interconnecting stories. One looking for redemption, the other looking for retribution. Fierce is Lorraine’s most emotional Rosewood story yet. Chelsea and Shane will run you through the emotional wringer before the very end, guaranteed.

Forgiveness is a powerful weapon in our emotional arsenal. It has the strength to heal, the power to mend wounds, or it also has the ability to create guilt within our soul for the things we’ve done and feel we can never be forgiven for.

Chelsea Fierce is not only fierce in name, but also in returning to the scene of her crimes. To the very school where she treated so many horribly, drugged fellow students, and let others take the fall for her crimes. She’s not all bad, she did see the error of her ways before someone truly got hurt and sought counseling and wants to make amends for her wicked ways. Honestly, she is more mature than many adults I know at an older age. Everyone should have a second chance to redeem themselves and Chelsea’s story will touch your heart.

Shane Dunn hasn’t exactly had an easy road at Rosewood High. While being part of the football team and having a father who was in the NFL, Shane would seem like a popular guy, and he is for the most part, but he didn’t crave the limelight. He’s actually shy and prefers the shadows, which is how he ended up taking the fall for Chelsea’s crimes. Living with the villain rap, when he’s actually a good guy messed with his head. Add in the crush he had on Chelsea and being unable to confront her when she took off, Shane has had eight weeks of pent up frustration just waiting to explode when Chelsea reappears. Shane is ready to collect his pound of flesh from the girl who messed up his life and he isn’t going to let her run away again.

As much as these two seem like an unlikely duo, they also scream a perfect match every time they meet up. You almost wonder how you didn’t see it before because they are so explosive together. They are raw and unforgiving, but also so real with one another they don’t realize how emotional it all is and how deep everything goes because of all bubbling and sizzling emotions brewing between them.

Chelsea allows Shane to take what he wants. She knows the damage she’s done to his life, but she also  wants him on a personal level even though he hates her. Each time though she tells herself it’s the last because the confusion is messing with her head, but she can’t seem to stop herself when he’s around.

Even with these two battling it out, there is more to the story than just them alone. Family and friends all play a role making Fierce powerful, moving, and one of Lorraine’s best books to date.

Everyone thinks they know me… but they’re wrong.

Fearless on the outside— a lie.

I’m a fraud, hiding behind a mask of perfection. My reality very different.

The captain. The leader. The Queen Bee.

None of it real— all just an illusion.

Perception is everything and I use it to get what I want, when I want, refusing to let anyone stand in my way.

Until he shows me that he’s not the man I expected. He’s not just the quiet one… the innocent one.

But the one to finally tear away the mask and look beneath the surface. The only one who sees me, gets me, challenges me.

He’s already changed my life in a way I never expected.
My secret could make us or break us, but I know one thing for sure… I’ll protect it fiercely.

That’s the real me. Chelsea Fierce.

The girl behind the mask with everything to lose.