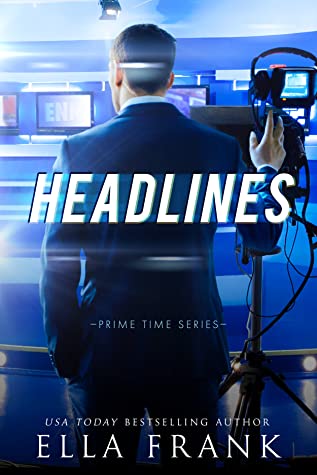 We have finally come to the last book in this amazing trilogy. Sean and Xander have survived a stalker attack, a radically changing relationship from friends to lovers, but now we have their biggest hurdle; surviving family scrutiny.

You’d think family would be the least of their problems as Xander and Sean’s younger brother, Bailey, dated years ago and were now best friends, but unfortunately their new couple status throws Bailey into a tailspin. The guilt and turmoil thrown into their new relationship is a weight that may just rip them apart.

Bailey has a hard time coming to terms with his brother’s new found status, especially with his old flame. Both Sean and Xander weigh the pros and cons of what is more important, family and friends vs. their new relationship and what will stand the test of time.

As much as you want to shout at everyone to keep their noses out of Sean’s and Xander’s business, on the flip side, given that Sean has never once stepped foot in the other camp, per say, I understand why everyone in their lives are weary that perhaps this is just a passing fancy. Something that both of them are experiencing given the high intensity emotions that they were both under with the stalker and Sean getting shot, etc…

With that being said, both men are just that, men. They are old enough to make their own mistakes and for that their family should let them if that is what they are making. Everyone should be more supportive, but there are lots of individual reasons as to why they are not, but I won’t give those away since you need to read this wonderful book and  experience it on your own.

Xander
If I had to describe Sean Bailey, it would be as the sexy, caring, wonderful man I’ve gone and fallen in love with. I never could’ve imagined a world where he was my everything. But with each passing day, the connection between us grows stronger, and the idea of a world without him is something I can’t imagine.

But Sean’s love doesn’t come without complications. As the older brother of my lifelong best friend, this new love has caused relationships to break down and communication to become stilted, and the one question that remains is: am I willing to give up the love and friendship of one for the chance of love and forever with another?

Sean
I didn’t mean to fall in love with Alexander Thorne, my brother’s ex and the number one prime-time news anchor in the country. I mean, no one could’ve seen that coming—least of all me. But that’s exactly what happened over these past couple of months: I fell in love.

That’d be complicated enough, I suppose, but Xander? Well, he fell in love with me too, and while it’s caused some major upset in the dynamics around here, I have to believe that a love this real can only lead to somewhere amazing.

This thing between us started out as a job, a friend helping out a friend. But after playing the role of Xander’s boyfriend, I find myself wanting the job full-time, because neither of us are playing anymore.

Headlines is the final book of the Prime Time Series and should only be read after book one, Inside Affair, and book two, Breaking News.