The Golden Boys; Kings of Cypress Prep #1
(#1 within a series)

by: Rachel Jonas and Nikki Thorne

I was riveted and on the edge of my seat through the entire book. The Golden Boys is a deeply dark bully romance and is not for the faint of heart, but it is also wickedly good.

West Golden is haunted by his father’s sins, tormented and twisted inside, but bestowed with the face of an angel. He sets out to ruin Blue Riley, the new girl attending their elite prep school, but she isn’t like the rest of the rich elite, she’s there on scholarship. West has his reasons for singling her out (justified for the information he has at the time), none of which he makes known to either her or his brothers, but he is dead set to make her school year the worst she’s ever known and his deeds are wicked and malicious.

Blue knows she can’t make waves so she comes into the school year with her head down just wanting to make it to graduation. She’s surprised when one of the hottest guys in school singles her out, but it isn’t long before she realizes it isn’t for good reasons. West makes it known that he’s actually placed a target on her back and he and his minions are out for blood. For the life of her she can’t figure out why he hates her so much, aside from the fact that she comes from the wrong side of town, but she’s faced worse in her life and she isn’t about to lay down and let the King walk all over her. Blue is no wallflower and she doesn’t take his bullying lying down.

The Golden Boys isn’t light hearted, it’s dark and pushes boundaries. That being said, Blue and West sense that darkness in each other, it is stated to one another multiple times throughout the story, so know that even though limitations are pushed to the edge, neither would do it to anyone but the other. Their inner darkness calls out to the each other, but they also both wonder if it will go too far because neither one of them know when to stop.

This is book one in this new series and it does end on a whopper…like wow!! I’m really excited for the next installment because these two have a killer chemistry.

West Golden—so easy to hate, yet so hard to resist.

Don’t let that pretty face of his fool you. He isn’t the boy next door, or the kind you trust with your heart. He’s the devil in designer jeans, with all the charm of a bona fide psycho.

He swears I did something to cross him before I even stepped foot inside Cypress Prep, but it’s a lie. No one knows better than me that I’m all out of chances. One more misstep and I can kiss my future goodbye, which means I can’t possibly be guilty of whatever he thinks I’ve done.

West marks me with a target anyway, and as this town’s football star, no one dares to go against him. His money, status, and the loyalty of his equally entitled brothers makes him seem untouchable. Only, I know better than that.

This false god isn’t infallible like he wants the world to believe. Whenever I stare into those devilish green eyes, I see it plain as day. The chink in his armor. His one and only weakness.

The King of Cypress Prep has finally met his match and taking him down just became an inside job. 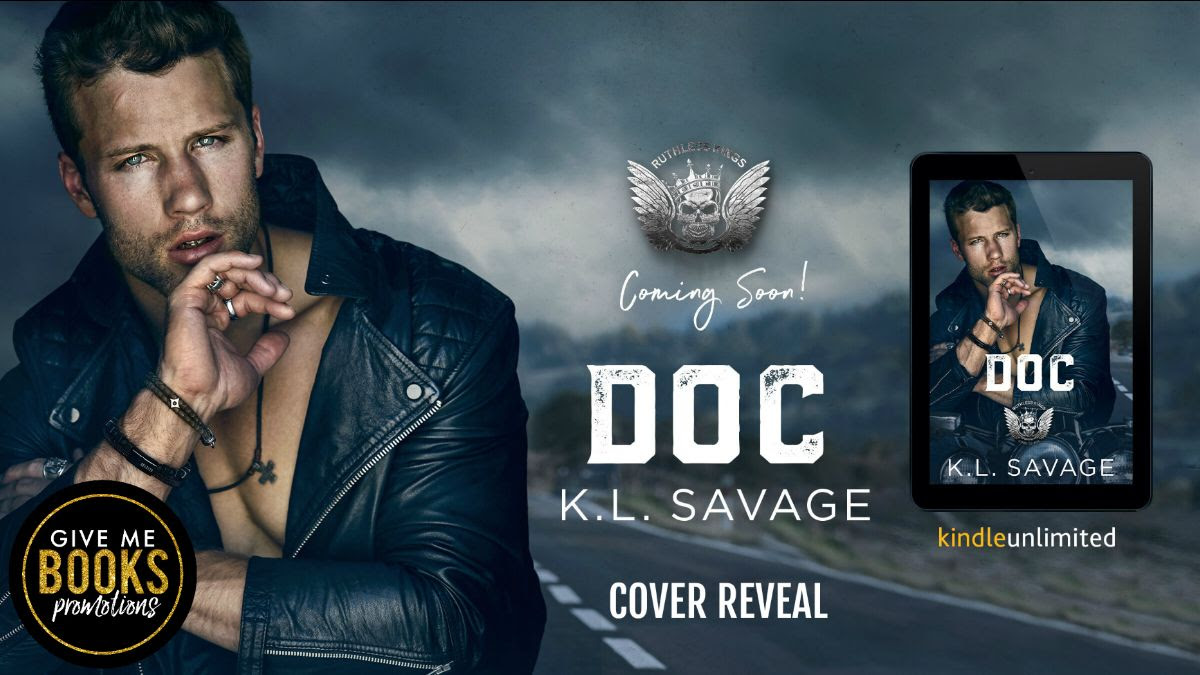 She holds a special place in my heart.
The darkest part of it.
A part I never show anyone.
From the moment we met, I wanted to show her all my scars, the need I hide inside.
Joanna.
The woman who wears long sleeve shirts on a hundred-degree day.
She’s been away at college and when she comes home, I plan on making her mine.
One phone call.
A broken voice.
Time stands still.
And everything changes.
My plans goes up in smoke when I find her.
Drip.
Drip.
Drip.
Rivers run red. My heart stops.
My chance with her hangs in the hands of fate.
I’ve turned a blind eye to the help she needs.
What kind of doctor does that make me?
No more. I’ll be everything for her.
Doctor. Friend. Lover. Husband.
But I’ve learned, everything means nothing if she doesn’t start caring about herself.
Especially when there is more to her now than there ever was.
I’ll carve scars into her enemy and break my oath as a doctor to bring her justice.

K.L. Savage decided they were tired of looking for the kind of books they wanted to read. They had an itch that needed to be scratched, and as every girl knows, nothing scratches better than an alpha.

They write about gritty, alpha males, sometimes their dark sides, and the women they love.
If you have the same itch, their alpha males should fix that.