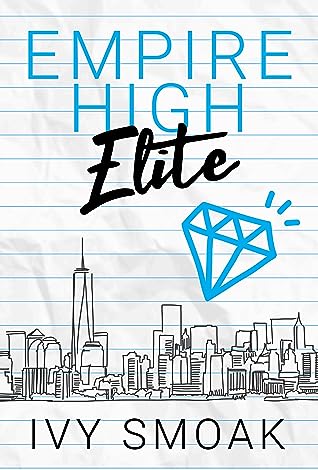 Gripping from page one! I couldn’t put it down and read it in one sitting!

Empire High Elite picks up right where Empire High Untouchables left off. Brooklyn is wrapped in grief and whisked away by her biological father to the very last place she would ever want to step foot in, the home of the girl who has been bullying her all semester.

Ivy Smoak brings us into the heart of the monster’s home and we get a first hand look at how Isabella Pruitt was raised and how she lives. How will Brooklyn survive living under the roof of the devil?

Brooklyn is wrapped in grief through the entire book. Not only has she lost her mother, which is what brought her to living with uncle in the first place, but now she’s lost the only other family member she’s ever known and is forced to live with a man who says he’s her biological father. Thrown right in to live with the wolves, Brooklyn feels lost and alone clinging to threads of anyone who will give her hope.

While her emotions are still torn between Felix and Matt she also finds comfort in her new bodyguard, Miller, as he’s the only one by her side twenty-four seven. Brooklyn is more confused than ever about all the men in her life. She has a huge heart and continues to let people in, but unfortunately the world she now living in takes huge advantage of her kindness. Her sweetness draws the vipers to her and it might be her downfall.

The Elite ends on a whopper of a cliffhanger that I had no idea was coming!! I’m filled with so much anticipation on how Ivy Smoak is going to continue this series. 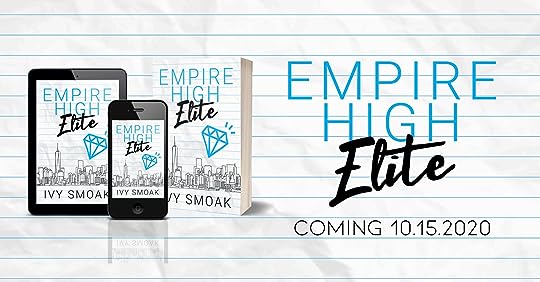 Welcome to the world of the elite.

My mom fell in love with a monster. I know he’s dangerous. And I know my mom never wanted him in my life. I don’t want him in mine either. But I’m being forced to live with him.

I’m stuck in his haunting apartment in a world where I don’t belong. A world full of beautiful people with ugly souls. A world filled with secrets.

And the one person that I thought I could rely on was Matt. But he says my new family is a disease. Does that make me toxic too? Is that why Matt wants to keep me his dirty little secret?

I should have known that all the secrets would come crashing down soon. I just never expected more to break than Matthew freaking Caldwell breaking my heart.