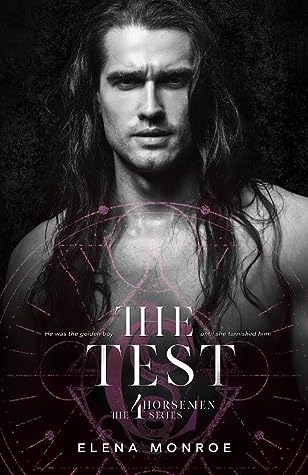 We pick up The Test with Victory; conquest of everything around him, winning at everything whether it is a game, his career, killing, ruling over people, etc… Victory wasn’t named Victory to lose. That is until Justice enters his life, a worthy opponent and one that will change the way he strategizes his warplay within the Clave forever.

Justice is also used to winning. She is just wrapped up in a different package. She doesn’t conform to society or rules, she makes her own and that is how she wins until she meets Vic. She bends, twists, and controls every outcome in her life to win until Vic gives her a war she isn’t sure she will survive.

Vic doesn’t realize how much he craves someone like Justice, someone to push him outside of his ridgid life, outside of his controlled rules, outside of the life he hates, (this is something he won’t admit to anyone-hardly even himself because it is the only life he’s known). Justice pushes Vic to become a better version of himself and on the flip side Vic pushes Justice to finally be the woman she hasn’t been since her parents died. She controls her emotions to the point that she hasn’t allowed anyone into her life, afraid that she will lose people close to her, it doesn’t make her cold, just more closed off.

These two push each other into uncomfortable emotions, but ones they have both been avoiding forever and finally willing to embrace, but only if they do it side by side. But the scary part is looking at yourself in a new light when that person who finally gave you the mirror isn’t there helping you hold it up.

Both Justice and Vic love facing off in their battles (because hating your enemy is hot and they completely sizzle off the pages), but neither are prepared for the war that will leave their hearts bloody and broken.

With all the questions I was left with in The Initiation many were answered in The Test, but I’m starting to get the feel that each book will answer a little more, which is the tease of Elena Monroe’s writing. Since this series is my first adventure with her I’m enjoying the ride especially now that I’m invested in the characters and the entire storyline. These stories are intertwined in ways that are hard to explain without giving too much away, so forgive any vagueness I may have in my review, but overall my suggestion is to begin from The Initiation and enjoy the ride like I am.

I woke up to my roommate and best friend missing. In her place was a note on my bedside table that read: You can only find me with your eyes closed.
No one thinks a note like that is meant for them.
I knew it was meant for me, a clue, a way to seek Justice.
Whoever left me that note was hoping I didn’t let my parent’s legacy die when they did. They wanted to see what kind of warfare I was capable of.
Justice before starting a war with the man who wrote the rule book…

I woke up everyday to the same nonsensical bullshit that was my life.
They say only bad things only happen after dark but I was the exception to every rule. I was bad and I happened whenever I wanted.
I wanted someone to challenge me, put me in my place, force me to be better than war strategies and hold the audacity to traipse across enemy lines.
A pink haired receptionist wasn’t my first choice for shaking my resolve.
I can still smell her but I wanted to know if she’d taste like Victory.
Death before dishonor meant not losing to her… 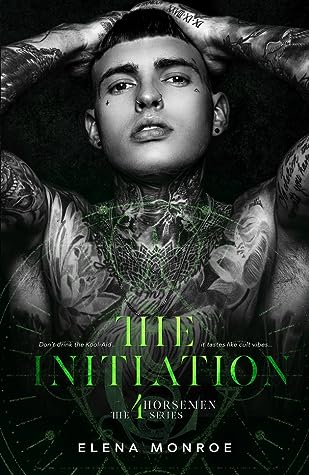 The Initiation; The 4 Horsemen #1

𝐀𝐁𝐈𝐆𝐀𝐈𝐋
LA wasn’t home… just home for now.
Transplanted here to model I learned Hollywood isn’t where dreams survive the harsh reality of millions all sharing that same dream.
Executive assistant is who I am now.
Slave.
Hollywood’s darling took a liking to me. One not easily ignored when they give you a taste of the high life.
I was supposed to give up hope and give in to LA’s bad reputation but I had rules.
Well, just one: read the rules before you break them.
Unwilling to abandon all my morals, the filter came off my life to see the world I was one foot in was invitation only…

𝐆𝐑𝐈𝐌𝐌
I’m not sure I was ever really Jason.
Whoever he was, was a distant memory now.
Grimm is who I am now.
Death.
I abandoned my birth name, companionship, happiness that wasn’t shaped like Xanax all because I was expected to be the kind of elite that pulls the strings.
Pull the strings but follow the rules.
No distractions.
No serious relationships.
Keep what we do secret.
Born into a rite I didn’t ask for, a society of puppeteers.
An invitation I marked not attending…

Review:
With the nickname of Grimm, it is not hard to see that he is the horseman representing death. He is the epitome of a bad boy, but he is hurting and very much alone. Grimm is the most removed from the group, but he does it himself. He numbs his life to the point that he walks around in a constant fog and alienates everyone. He has no doubts what his role is in life, but he hates it with such a passion that he doesn’t allow any joy, any satisfaction, or really any living into his life, until Abigail speaks to the monster living inside him.

Abigail lives with her own monsters, but she puts it behind a shell of control and organization. Something that originally made her work well with Vic as his secretary (he’s a control freak to the max). However, when she screws up a delivery and Vic decides to fire her, that means instant death within the Clave. Grimm is the one to carry out those termination orders, he instead defies Vic and moves her to his desk (never once having had a secretary before – because why does death need a secretary) their bond begins and both of them are both continually baffled by it as they are also drawn to one another by their powerful chemistry.

Grimm and Abigail are both trying to wrap their heads around the strong force that is continually pulling them together. Grimm has led a life that has pushed everyone away, but he finds himself pulling Abigail to him over and over and it messes with his mind and everything he deems to  know about himself. Abigail also isn’t looking for love. She knows Grimm is a dangerous man and her boss on top of it, but she can’t seem to keep her attraction under control, especially when his wounded soul is reaching out to her. The biggest question is will the Clave let her live when they find out she should have been terminated long before?

While I found I still have a lot of unanswered questions at the end of this book, I’m also dying to read the next book because of those unanswered questions. The Clave has still many missing pieces, but I’m hoping more answers come to light over the next few books. I also have have questions surrounding the horsemen and their relationship when they were younger, but like I said earlier, I’m hoping for more answers in the forthcoming books.

This is a Dark Romance and comes with content warnings that should be heeded if you have any triggers for the following; anxiety, addiction, mentions of animal cruelty and attempted sexual assault. 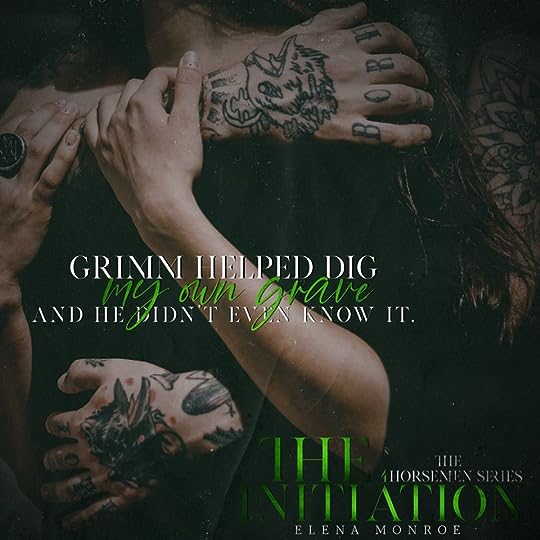