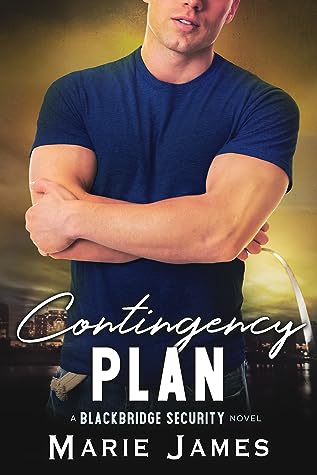 Contingency Plan; Blackbridge Security #3
(A standalone within a series)

The sexy men of Blackbridge Security have returned, but this time instead of chasing danger Flynn Coleman, former FBI agent, has been sent to sent to chase a young starlet around NYC.

Flynn is used to undercover operations, investigation, and danger around every corner. What he’s not thrilled about on this new mission is babysitting a twenty year old and basically keeping her locked in her mansion. This is not putting his skills to use, not to mention the strong pull he feels towards her, which he refuses to act upon. He’s been there and lost his career over a woman and he never plans on having that happen again.

Remington Blair has only had people in her life that use her for her fame, her money, or her status. She’s never had anyone, not even her parents, spend time with her just because they want to. When Flynn arrives as her new bodyguard and he shows her a side that she’s never experienced, she decides that the chase is finally worth running for.

These are two people who both have huge trust issues in their past, but who also love the cat and mouse game…it pretty much makes them perfect for each other, if they can learn to trust one another. Remi brings out Flynns growly possessive side, which is super sexy and on the flip side for the first time in Remi’s life she learns how to care for someone else, which is also huge step in taking care of herself.

While Contingency Plan doesn’t have as many suspenseful moments as the predecessor novels it is still a wonderful story with a slow burn that will warm your insides as their story unfolds. Also, like the past Blackbridge novels, it is full of great humor and lots of great looking men to drool over.

As a former FBI agent, Flynn Coleman was made for his work with Blackbridge Security.

He’s highly trained, has a skill set meant for analysis and investigation, and meant to do important things.

Yet, he’s chasing a twenty-year-old starlet’s daughter around New York City because the spoiled brat never learned how to behave.

Remington Blair doesn’t need a babysitter, but her parents insist.

Keeping Flynn Coleman on his toes will be the most fun she’s had in a while.

Besides, just hearing him call her name with that accent is enough to keep her running.