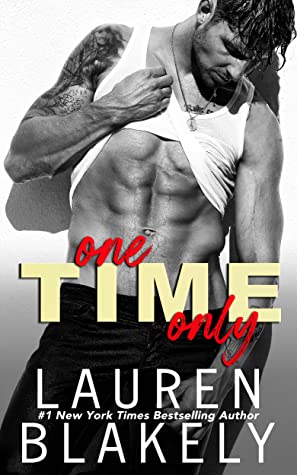 One Time Only;
(An interconnected standalone)

Hot, witty, and so darn hot!! At the end of the day it still comes down to keeping a friendship intact between two people, but who doesn’t love hotness between two friends? Blakely delivers on all fronts and One Time Only is fun and smexy!!

One Time Only is a story that I’ve been dying to read since I meet Stone Zenith One Night Only. There is a reason he sells millions of records and it isn’t just his amazing voice. He’s charismatic, charming, melts panties or boxers off anyone who gets too close, and he’s just an all around nice guy.

Notice how I said panties and boxers…yeah Stone’s an omnivore when it comes to the bedroom.  He doesn’t discriminate, or more like, he enjoys all flavors when it comes to having a good time. However, the one person he can’t pin down is his stoic, straight laced bodyguard, Jackson Pearce. It’s the straight in that sentence that bothers Stone. He believes that Jackson bats for the straight team, what he doesn’t know is that Jackson is so good at his job that he’s been keeping his lusty feelings all wrapped up and stoically hidden underneath all of his bulging muscles.

Jackson loves his job and also needs his job. At the end of the day he loves being a bodyguard, but he also needs the paycheck to pay his bills. He literally can’t afford to mess things up by fooling around with his boss so keeping his feelings under wraps is the best idea not only for his sanity, but for his career. He’d love nothing better than to lick Stone from head to toe, but guarding his body is the best he can do because sleeping with the boss is never a good idea.

However, one night when Stone and Jackson share one hot kiss…well…find out if these two hot men push each other for more.

Ever hear the story about the bodyguard who falls for the rock star?
Yeah, it never ends well.
Each day I remind myself that it’s my job to protect Stone. And nowhere in the job description does it say I should lust after the charismatic, charming rock star.
But every night I spend with him the attraction grows more intense, electric, undeniable.
Until one night in a limo when we combust.
One time only will have to be enough.
Because the mistakes from the past are chasing me.
And If I give in again, I might lose everything.
Good thing I’m strong, determined, and dedicated to resisting him.
But after a close call at his concert, all bets are off.
And in his hotel room, we strike a brand new deal.
One that can’t end well for me, but I do it anyway. Because sometimes you grab hold of the desire. And other times, the desire takes hold of you. 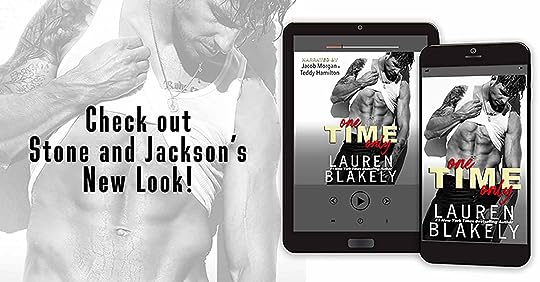 2 thoughts on “Review – One Time Only by Lauren Blakely”