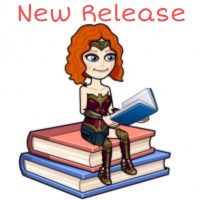 Are you ready to swim with the sharks?

What do you do when the devil has you in his sights?

You show him that you can play his game.

Austin Lowes is new to town. She’s running from a mom who hates her to her dad who cares nothing about her. Only a few months and she will be free, or at least, that’s what she hopes … until she meets him.

Just a little game, he says, I dare you.

Will Austin survive him, or will she lose herself and the game?

Secrets are revealed and justice will be served, but at what cost?

Who survives and who doesn’t?

It was supposed to be a game.

We bought her in ’cause I wanted to play with her.

But plans change and she got caught in the cross fire.

Then I did something far worse. I fell in love with her, but she doesn’t know I still have secrets.

Ones that could rip us all apart.

Raised to hunt and kill.

We take what we want without asking.

We’ve never needed permission before, so I’m not about to start now.

You think you know everything, but we’re about to do what we do best and prove you wrong- I Promise You!

The game was over. The dares were getting old, and the secrets were piling up faster than the bodies.

But someone had other plans. They wanted to play a new game.

Becky Holt was the love of his life until he found out what she was hiding. Now he wants to seek his revenge in the most daring way.

Deke Biggs has always been a shark. He’s not afraid to kill, and he’s about to become her worst nightmare.

But there’s a new player, and she plans on taking everything, no matter what the cost.

Try to beat him- If You Dare!

Who will win and who will lose?

Due to mature content and themes this series is recommended for readers aged eighteen and over. The Dare Series Collection has over 400K words and includes exclusive bonus content.