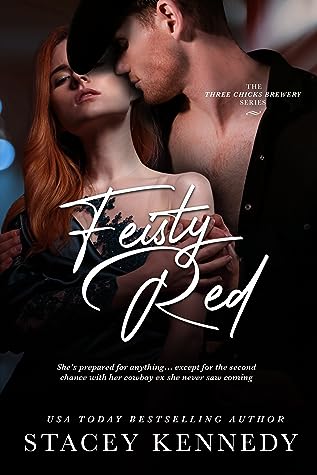 Feisty Red; Three Chicks Brewery #2
(A standalone within a series)

A second chance romance with the sweetest little boy who totally stole my heart.

I was torn when I first met Sullivan. Here was a man who left the small town he grew up in, didn’t have the guts to say goodbye to his long time girlfriend, or check in with his friends for the last seven years while he was living his dream in the major leagues. At least that was the impression I was given, but once I began learning about Sullivan’s demons and the reason he left, the young man he was is much more forgivable.

Sullivan has returned to River Rock to make amends and Clara, the woman he loved so long ago, is at the top of that list. He never imagined she’d have a son, a son that looked so much like him. Sullivan has a lot to make up for and Clara is hesitant to jump back in to the Sullivan bubble. Mason, her son, is all she cares about and making sure he’s safe is her top priority. When Sullivan leaves, because she knows he will, will crush her son, but keeping Sullivan away from his son is no longer an option.

Clara won’t fall for the man again, she can’t afford to break when he leaves. She has a business, a son, and a future that she has to stay strong for and she won’t allow Sullivan to make her weak all over again.

Mason is the sweetest little boy. Children are so adaptive and are so easy to forgive and love one others in their lives. I LOVE them in every story I read and he is no exception. You are going to love this little boy and the joy he brings, not only to his parents, but to your hearts as he helps bring them closer together. 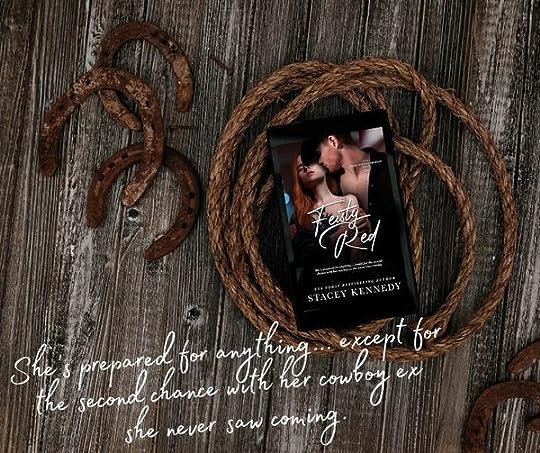 From USA Today bestselling author Stacey Kennedy comes a second-chance romance featuring a cowboy hero who needs some serious redeeming, a serious heroine who needs some cowboy lovin’, and a mischievous little boy who needs his parents to find their happily-ever-after.

She’s prepared for anything… except for the second chance with her cowboy ex she never saw coming.

Clara Carter is the brains behind Three Chicks Brewery. The oldest and most responsible of the Carter sisters, she doesn’t have time for anything but taking care of her son and making sure her family’s top beer, Foxy Diva, gets into bars across North America. Which means getting the brew in front of Colorado’s biggest beer distributor. Unfortunately, that becomes tricky when the man in charge of distribution is none other than Sullivan Kenne, the cowboy who ran out on her seven years ago.

Sullivan’s life has been one wrong move after another. First, he tried to prove himself to his bastard father by signing a contract to play professional baseball, a choice Sullivan still regrets. Then he bailed on Clara, the only woman he’s ever loved. Seeing her again makes Sullivan determined to right his wrongs. Unfortunately, he wasn’t counting on one of those wrongs being a six-year-old son he never knew about.

Reuniting with Clara and meeting his son is a shocking–and amazing–experience. But as much as Sullivan tries to return to his roots and be the stand-up cowboy of Clara’s dreams, the reality is, she’s having trouble trusting him. Luckily, Sullivan knows the way to Clara’s heart, and he’ll prove to her that a second chance with a cowboy is worth the risk.