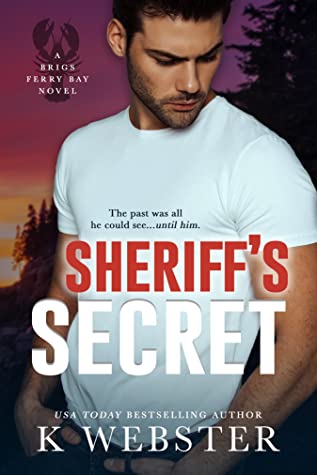 Sheriff’s Secret; Brigs Ferry Bay #1
(A standalone within a series)

K. Webster has quickly become one of my favorite authors. The depth and emotion she writes into her characters never fails to touch me and the extra spicy bits are written with panty melting passion, the combination is magic!

Sheriff’s Secret is sweet, funny, and steamy with a drop of mystery and suspense added in. It’s the perfect contemporary romance to begin a new series.

Jaxson is the sheriff of the small town of Brigs Ferry. He is a tormented soul with a huge heart worried about pleasing everyone else in his life and his image in the town more than about his own happiness. He’s watched how his father treats people who don’t conform and at a time in his life, when he was younger, Jaxson looked up to his role model-his father- he wanted to please him, and being different didn’t fit. Jax gave up the one thing, the one person who made him happy-his boyfriend. Years later and Jax still feels a gaping hole in his chest at the loneliness of that decision, but he’s the sheriff now and the town looks up to him, he could never jump into a relationship with a man and lose their respect. He’s decided being alone is the sacrifice he’s made to keep the town safe.

When Dante, a NY city slicker moves to town, most of the small town people aren’t fond of the changes taking place, especially knowing that Dante is building a B&B which will bring even more outsiders into their community. What kind of supervillion is this man anyway? When Jax meets Dante for the first time and he suddenly is feeling things that he hasn’t felt for anyone else since his high school love, Jax knows Dante must be some sort of devil incarnate. Only an evil villain would pull his attention the way Dante has and look so good doing it. Jax tries everything to stay away, well except to actually physically stay away, because something draws him to the city slicker and he just can’t help himself.

Dante is openly gay and his type is certainly not a grouchy, closeted sheriff. He has enough on his plate with opening his new B&B and raising his younger brother. Dante isn’t looking for a relationship, a hookup perhaps, but certainly nothing more. So, how is it Jax pulls him in over and over, his vulnerability and loneliness speaks to Dante when he knows he should keep him at arms length, but how is that possible when Jax is continually allowing him inside his closet.

Agreeing to a secret relationship, Jax gets a taste of what he’s been missing and Dante gets his “weekend hookup”. It is certainly something they jumped into with eyes wide open, but like most things as it evolves they both became blind to the ever evolving changes around them and the evil that lurks in Brigs Ferry might just destroy them both.

Both men have so many sides that as they open up to one another they will crawl into your heart and make it impossible to forget about this town. They are both so caring about their friends and family, I wish I lived in Brigs Ferry just to know them personally.

I loved this story on a personal level, as I’ve known men who have lived a closeted life. It’s a sad reality on the ripple effect of everyone around them and knowing what the person struggled with during and viewing the consequences after they came out as well, especially when they were married and had children. Webster bled all of these lonely thoughts into Jax as he personally struggled with these ideas. Did he want to live a lie? Did he want to live alone? No matter how much he wanted to push his circle into a square hole he struggled to make it fit and Webster expresses those emotions on paper beautifully and at the perfect moments with laughter. 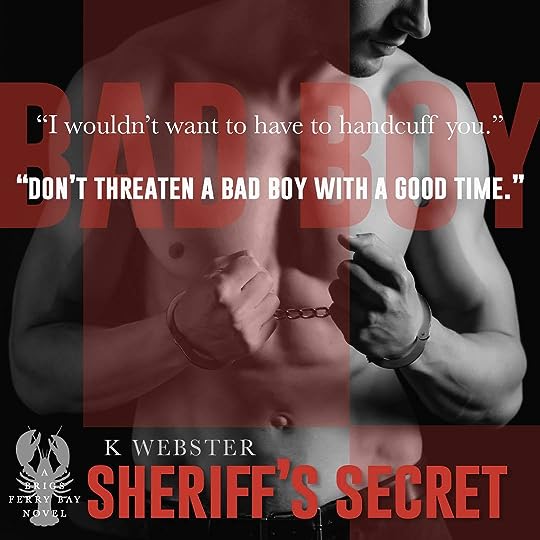 When you’re the sheriff of Brigs Ferry Bay, certain things are expected of you.
Marry a local girl, settle down, have a few kids. You know, the small-town dream.
But I’ve got a secret I’m terrified will get out.

I’m gay.
Not bi. Not curious. Not confused.
Just gay.
So, settling for that dream won’t be happening.

If this secret gets out, the people I serve and protect, especially my father, won’t be accepting.

I’m not brave like my high school sweetheart, Kian.
The day he came out was the day I had to let him go, and with it, love.

I’ve done a great job of pretending I’m perfectly fine being single. Until a villainous and annoyingly charming new B&B owner, Dante Kincaid, rolls into town. The spark between us is electric and undeniable. He wants to give me a taste of what he has to offer, and better yet, he vows to be discreet. I’m too selfish to refuse.

But my secret is still a heavy burden, leaving me handcuffed to expectations and unable to fully grasp what I want—him. History has a way of repeating itself, but this time around, with Dante, it’ll hurt a lot worse. 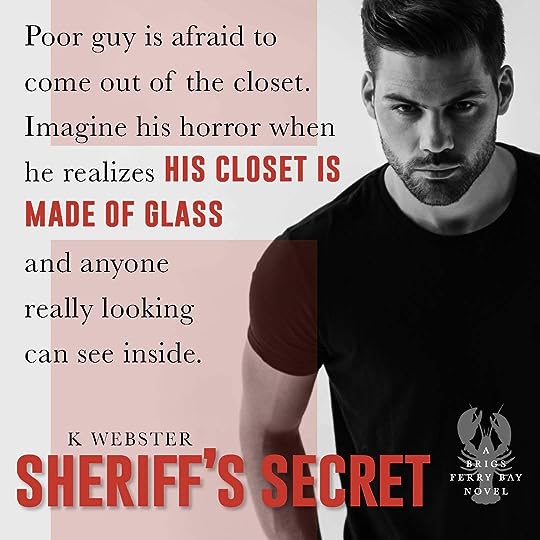