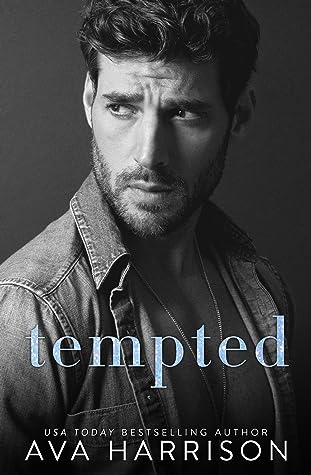 I wanted to enjoy this book more than I did, but the temptation to stop altogether was there. However, I have an addiction to reading and always finishing what I started, so I was hoping the story hooked me the further the book progressed. Unfortunately, that moment never did arrive.

Temptation comes in many forms and while Bailey is a recovering drug addict her need to not get evicted from her apartment outweighs the temptation of working in a nightclub where she’s surrounded by temptation every night, but the biggest temptation of all is the owner of the club.

Drew knows all about Bailey’s past, but he gives her a second chance at life having been there himself. He has a strict no drug policy in his club, but as hard has he tries to keep it out, he also knows nothing is 100 percent. However, right now his biggest concern is to keep an eye on his newest employee, which isn’t a hardship, what will be is keeping his hands to himself, as she becomes his biggest temptation.

I had trouble finding the connection between Drew and Bailey, even after setting the story down thinking it was just holiday stress, but after picking it back up I still couldn’t connect with their chemistry. I secretly kept hoping Bailey would form something more with her friend Carter, even though he has his own deep issues with addiction and had friendzoned Bailey as well.

What I did enjoy about the story is that it didn’t gloss over addiction. Addiction is hard and doesn’t go away overnight. It takes hard work and constant upkeep. Showing that Bailey, even after two years, is working on her recovery is a good thing because addiction isn’t something that magically goes away after the drugs leave your system. It is a lifelong process of help, readjusting and having the support you need in your life.

Unemployed. Check.
Zero prospects. Check.
An eviction notice in hand. Check.
Life in shambles? Check. Check. Check.
Desperate to avoid living on my sister’s couch, I took a job in the one place I shouldn’t.
That’s where I first saw him.
Drew Lawson.
Elusive bad boy.
Owner of the hottest club in the city.
And apparently my new boss.
Temptation comes in many forms.
For me, it’s the way he looks at me.
The way he feels.
He’s my addiction.
My secret.
I know I should keep my distance.
I could lose everything–even myself.
But I can’t.
And neither can he.