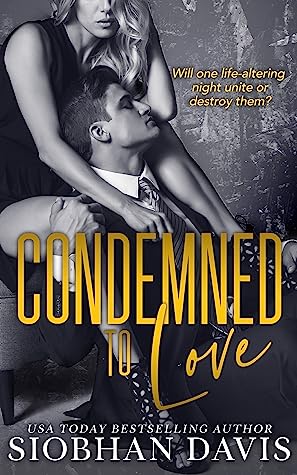 Condemned to Love
(A standalone) 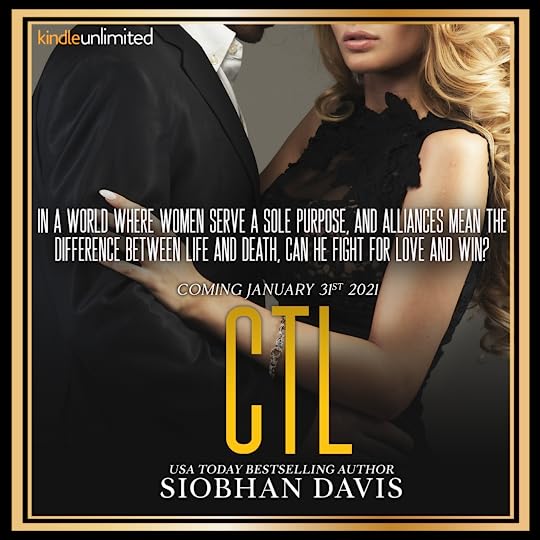 Absolutely stunning! Full of emotions that had me reeling and my heart pounding through the entire story.

This new world that Siobhan created is exciting and on a totally different level than her past works. It’s gruesome and thrilling all at the same time while her characters are falling in love under the most dire of circumstances.

The big question – can love truly exist in a dark brutal world?

Bennett Mazzone is a practical man who currently runs the New York Mafia. In the world he lives in men don’t necessarily respect women, but see them as either leverage to use against him or eye candy to drape off of his arm. Women are of no use beyond those means and it’s the main reason why he knows love is not in his future and the very reason he doesn’t pursue Sierra Lawson even when destiny seems to throw her in his path at the most unlikely of times.

Sierra Lawson has had a crush on Ben for years and when he rescues her from a dangerous situation she assumes it’s fate, but when he tosses her aside the very next morning like yesterday’s garbage she realizes fate is fickle. Perhaps her crush was just a one night stand and now that she’s had a chance to have him she can finally move on, but unfortunately fate has a dark sense of humor.

Condemned to Love had me feeling every single emotion.  There were points where I wanted to look away (silly I know because I was reading, but the movie playing in my mind as I was engrossed in the story was so detailed I seriously wanted to look away). There were moments I was heartbroken, times I was laughing and moments I was crying and everything else in between.

This is one of the few mafia books that by the end I understood the inner workings and where people stood and what their jobs was within the mafia organization. Honestly, that’s a rarity for me. Is it important to comprehend the organization from the top down to get engrossed in the story? Not really because that information is truly secondary to the meat and heart of the story, but I did appreciate the through knowledge and it made me love the whole book that much more.

Overall, fall in love with a new world and new characters that will touch you and make you grip your chair along the way. 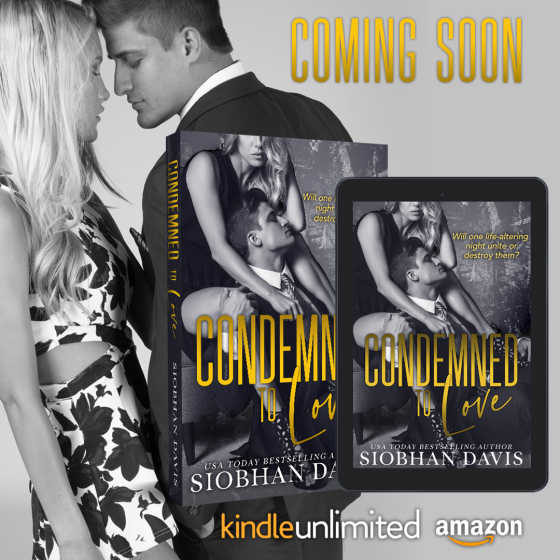 Her teen crush is now a ruthless killer and powerful mafia heir.
Will one life-altering night unite or destroy them?

Bennett Mazzone grew up ignorant of the truth: he is the illegitimate son of the most powerful mafia boss in New York. Until it suited his father to drag him into a world where power, wealth, violence, and cruelty are the only currency.

Celebrating her twenty-first birthday in Sin City should be fun for Sierra Lawson, but events take a deadly turn when she ends up in a private club, surrounded by dangerous men who always get what they want.

And they want her.

Ben can’t believe his ex’s little sister is all grown up, stunningly beautiful, and close to being devoured by some of the most ruthless men he has ever known. The Vegas trip is about strengthening ties, but he won’t allow his associates to ruin her perfection. Although it comes at a high price, saving Sierra is his only choice.

The memory of Ben’s hands on her body is seared into Sierra’s flesh for eternity. She doesn’t regret that night. Not even when she discovers the guy she was crushing on as a teenager is a cold, calculating killer with dark impulses and lethal enemies who want him dead.

Understanding the risks, she walks away from the only man she will ever love, stowing her secrets securely in her heart. Until the truth becomes leverage and Sierra is drawn into a bloody war—a pawn in a vicious game she doesn’t want to play.

As the web of deceit is finally revealed, Ben will stop at nothing to protect Sierra. Even if loving her makes him weak. In a world where women serve a sole purpose, and alliances mean the difference between life and death, can he fight for love and win?

Vote for CONDEMNED TO LOVE on Goodreads: http://bit.ly/37UxnhZ

Be notified FIRST when Condemned to Love is live: http://eepurl.com/dl4l5v 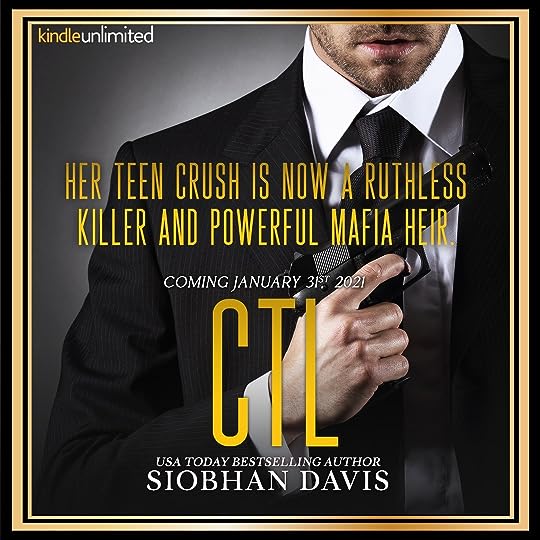 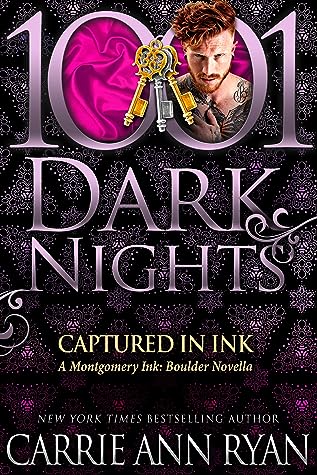 Captured in Ink; Montgomery Ink, Boulder #4.5
(A standalone novella within a series)

The best outcome in triads lately, at least for me, come down to the right mix of steamy and practicality. I love when the throuple takes their time to talk about what they are jumping into and the ramifications of it before people start getting hurt. Don’t get me wrong, I love lusty times as much as the next person, but I also appreciate the careful consideration and respect that goes into the thought process of this kind of relationship just like a couple would. The depth of the characters and meaning behind the story goes a long way towards wrapping around my heart when the author takes the time, plus, the steamy intimate moments are that much better!! So thank you Carrie Ann, Captured in Ink is the best of both worlds.

Ronin and Julia are already married when Ronin’s old flame comes back into his life. Once part of a triad before he was married Ronin knows they aren’t exactly easy and Julia is now the center of his world he doesn’t want to do anything that will screw that up. However, adding a third to their marriage is something they have been discussing and having Kincaid walk back into Ronin’s life opens more possibility to making that possibility a reality. First things first, Ronin and Kincaid have to work through their past heartache before they jump into anything that could ruin what Ronin and Julia have in their stable marriage. What could this mean for the triad if they travel down this path? Happiness or destruction?

Julia and Ronin know their relationship is solid. They’ve been through hell and back, but their love has stayed true through it all. When Ronin’s ex, Kincaid, comes back to town, however, the two realize what they might be missing.

Kincaid didn’t mean to leave Ronin behind all those years ago. When tragedy struck not once, but twice, bringing with it the heat of horror, he couldn’t face the past he’d left behind. Now, he’s back and doesn’t know how he fits in with the seemingly perfect couple—especially not when their families will apparently stop at nothing to keep them apart.

**Every 1001 Dark Nights novella is a standalone story. For new readers, it’s an introduction to an author’s world. And for fans, it’s a bonus book in the author’s series. We hope you’ll enjoy each one as much as we do.** 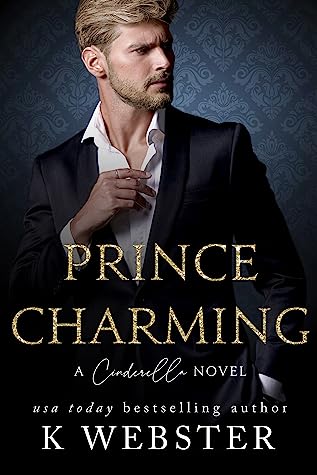 Prince Charming; A Cinderella Novel #2
(#2 within a series) 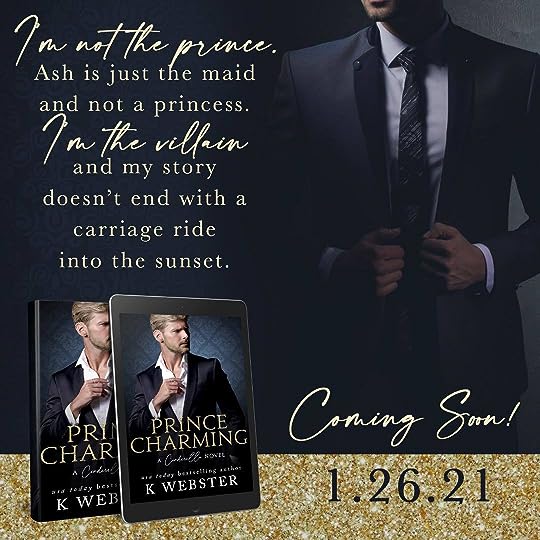 So, So, So GOOD! Filled with all the cheeky banter and naughty filth that makes this Cinderella series worth reading over and over again.

Winston Constantine makes no apologies for the man that he is, whether it’s in business or between the sheets; he’s hard, he’s ruthless, he likes his Cinderelliott filthy. Lucky for him Ash Elliott enjoys being his dirty girl. Equally matched in spirit and in bed she could be the perfect match for him, too bad she’s just a maid and nothing more.

Ash Elliot knows not to expect a marriage proposal from Winston, but deep down she does hope for more. Falling more for him everyday even knowing that it will end with her heart in devastation when Winston finally cuts her loose. She is fully aware that their relationship is one that has an end date, but until that date she doesn’t want to live in fear, that’s not her style. Ash is bold and fearless, some of the traits Winston likes best about her and she will use that twisted charm to keep him happy and perhaps change his mind.

Prince Charming is so amazingly written, the story is gripping with great moments of levity mixed with lust. One of my favorite moments is when Ash introduces Winston to candy after she gifts him with a handmade coupon book. How many of us have either made one of these or been given one in our lifetimes…probably a huge majority, but Winston Constantine…the concept is not only foreign, but of course the ripple effects of the coupons in this book are priceless. Each of these moments, these seemingly small moments were astoundingly amazing!

K. Webster has fast become one of my favorite authors and this series is one of my top reads not to miss. 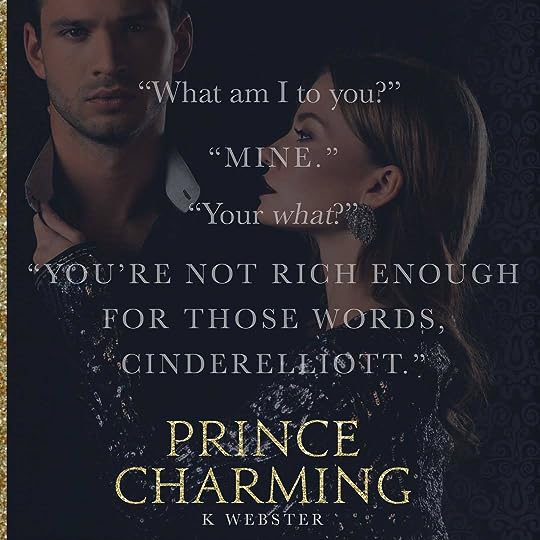 Winston Constantine is no prince charming…
I crave him so badly I think I might be losing my mind. He’s right in front of me, but he’s just as remote as my dreams of getting away from my stepbrothers. I keep playing his twisted games, and I want to stay just as distant as he is. But I can’t. I never could. I’ve fallen for him. Hopelessly. Irrevocably.

But Winston isn’t a lover, he’s a business venture.

A way for me to pay for college.

He’s never pretended to be anything other than that.

I can’t blame him for making me fall in love.

There can be no happily ever after between a maid and a prince, no matter what the fairy tales say. 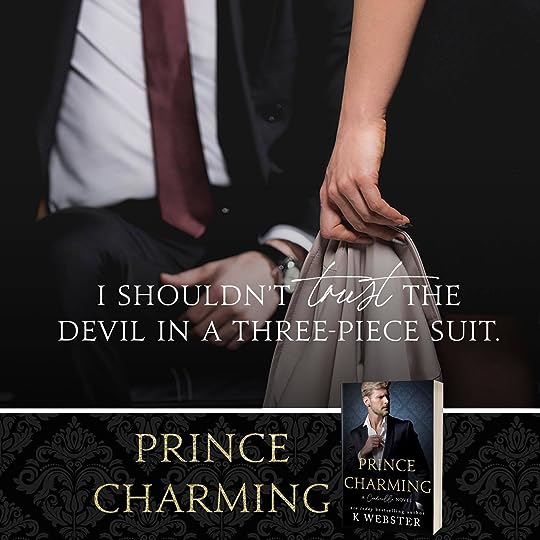 𝐑𝐞𝐛𝐞𝐥 𝐑𝐨𝐨𝐦𝐦𝐚𝐭𝐞 is LIVE! If you love brothers-best-friend romances this is definitely the one for you!

“Once again Colette and Runow created a masterpiece. Their characters were incredibly relatable, the plot was engaging, and the writing was on point. I highly recommend Rebel Roommate. You don’t want to miss this! ” – Goodreads Reviewer

Growing up, I had one rule: stay away from my brother’s best friend.

It was easy to follow. I spent my years avoiding the boys on the baseball team, studying hard, and saving every dime I could. When I was accepted to transfer into UC Berkeley, I need a place to live, and my brother had a free room off-campus.

Win-win, right? Except, that best friend I was determined to stay away from is now my new roommate.

The boy who was once the bane of my existence with his constant teasing is now a drop-dead gorgeous athlete. He’s the life of the party, but I can’t have fun. According to Wes, no guys are allowed to talk to me.

Well, two can play at this game. If I can’t date, then neither can he.

It starts off as innocent fun. Some half-naked yoga, or a little flirting; until an interrupted moment of self-gratification turns things dangerous … for my body and my heart.

Living with my brother and his best friend has me breaking all the rules. I just have to decide if the consequences are worth the reward.