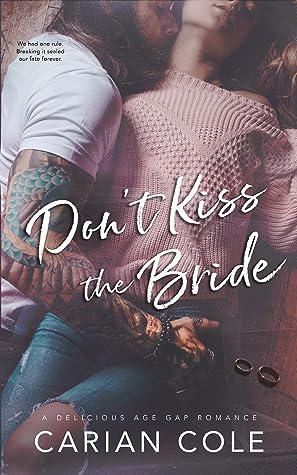 Don’t Kiss the Bride
(A standalone)

Carian Cole guts me everytime! But this book contained moments of joy and laughter that was mixed in with Carian’s deep emotional writing which made it a wonderful hit.

This was a story of broken souls that recognized and reached out to another broken soul. Jude and Skyler recognized something in one another regardless of age, demographic, or hardship. Their story is slow burning, but one that grows from friendship, helping one another and eventually a deep love connection.

I think what tugged at my emotions (or really made me angry) the most was when people jumped into to give their two cents on Jude and Skyler’s relationship. It always did more harm than good in each instance, given way to societal norms or their own views vs. listening to Jude or Skyler first. How often has someone tried to do this to your own relationship without having inside knowledge, and yet, once the doubts are placed the cracks begin to form and you begin to question everything. It’s crazy how often people let outside forces affect their inside decisions.

I digress…Jude is a man followed by demons of his past and when he first meets Skyler he feels by helping her he will right some of his past wrongs. Sure Skyler is an attractive girl, but that isn’t quite in his conscious thoughts, he sees her more of – what happened to when his sister disappeared and what if someone like him had been kind and hopefully helped her kind of scenario. Once he does convince Skyler to take his help, their relationship does develop into friends first and then something more later.

In the beginning, Skyler also didn’t see Jude as anything but a safe harbor. She was in a horrible situation, but he offered a clean, safe place to stay. While she hated handouts, she also knew she’d most likely perish living where she currently did. His offer of friendship evolved as they spent more time together and she never guessed that her feelings for him would grow into something more.

Over time they mend each other by supporting what’s missing in their lives and filling in the cracks of their hearts. While they both profess they aren’t relationship people, they both unconsciously crave one another when the other is absent.

I also have to say I’ve personally known several people with Skyler’s problems, either singularly or mixed together, so this book hit me on a personal level. The weight of carrying any demons from a scarred childhood don’t leave very easily and the fact that Jude is patient and so tender with Skyler while he carries his own demons on his back made this story very touching. 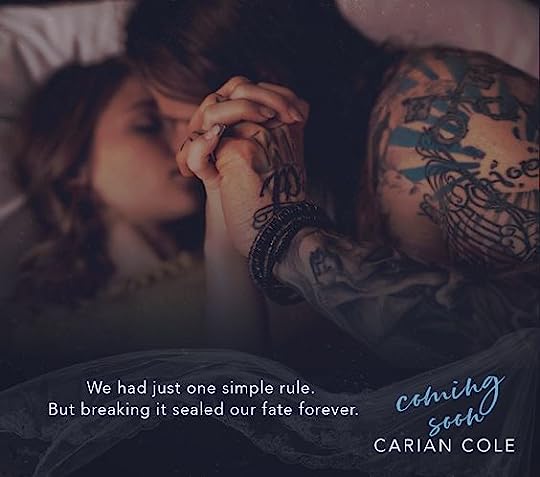 I guess you could say I was a damsel in distress, and he was my knight in shining armor.

Jude “Lucky” Lucketti wasn’t just a sexy, brooding construction worker. He was my own personal hero who seemed to be in all the right places at the right times. Like when my car broke down and I needed a ride home, and when I face planted on the sidewalk right in front of him and had to be taken to the emergency room.

Those weren’t exactly my best moments, but they were his.

We became friends, and it didn’t matter that he was sixteen years older than me. We had a lot in common—like our love of old rock music and vintage fast cars, and our aversion to relationships.

When he approached me with a crazy idea to help me out, I couldn’t say no.

The arrangement was supposed to be temporary. A marriage on paper and nothing else.

It should’ve been easy, but it wasn’t.

Because here I am, eighteen years-old, still in high school, and married to a man I was never supposed to fall in love with.

We had just one rule—no kissing the bride.

But we broke that rule, and it sealed our fate forever. 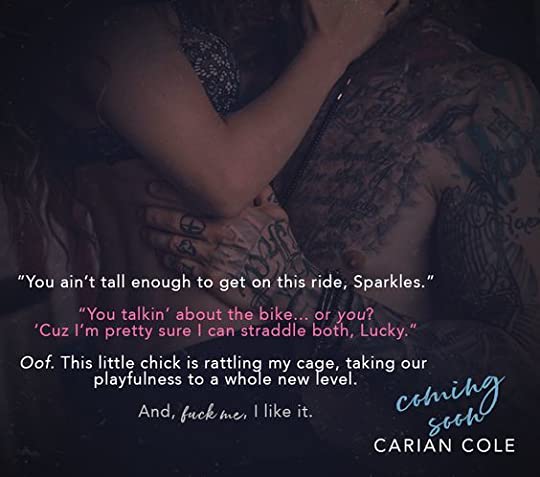