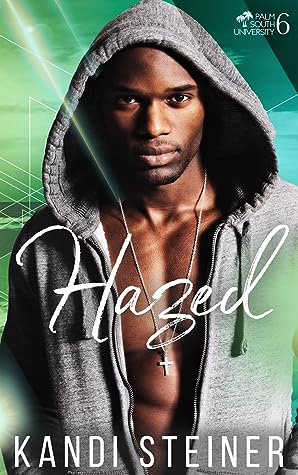 The nostalgia that rushes through me when I pick up a PSU book, I love the memories that innindate me during and after I read this series.

I always feel like I’m visiting old friends when I pick up a PSU book and I can hardly wait to catch up with each character as I dive back in. In Hazed we join the gang as they return back to school for spring semester, while a few others have recently graduated and are just beginning their lives out in the real world.

While Jess, Ashlei and Erin are recent graduates of PSU and figuring out how to adult in the afterlife of college, things may not exactly be as easy as what they expected, but no one said adulting was easy.

Adam, Bear, Skyler and Cassie are heading into their last semester or their last year of school. Trying to enjoy every last moment while time is flying by can be difficult when making your final decisions as to what happens next, but this gang is making every moment count.

There is only one more book after Hazed and it makes me weepy to think that the PSU kids are growing up and becoming full grown adults. Kandi really nails so many college experiences with each book in this entire series, hence the overwhelming nostalgia I experience everytime I read one of these books. They do need to be read in order, so please start from the beginning and enjoy the full experience. 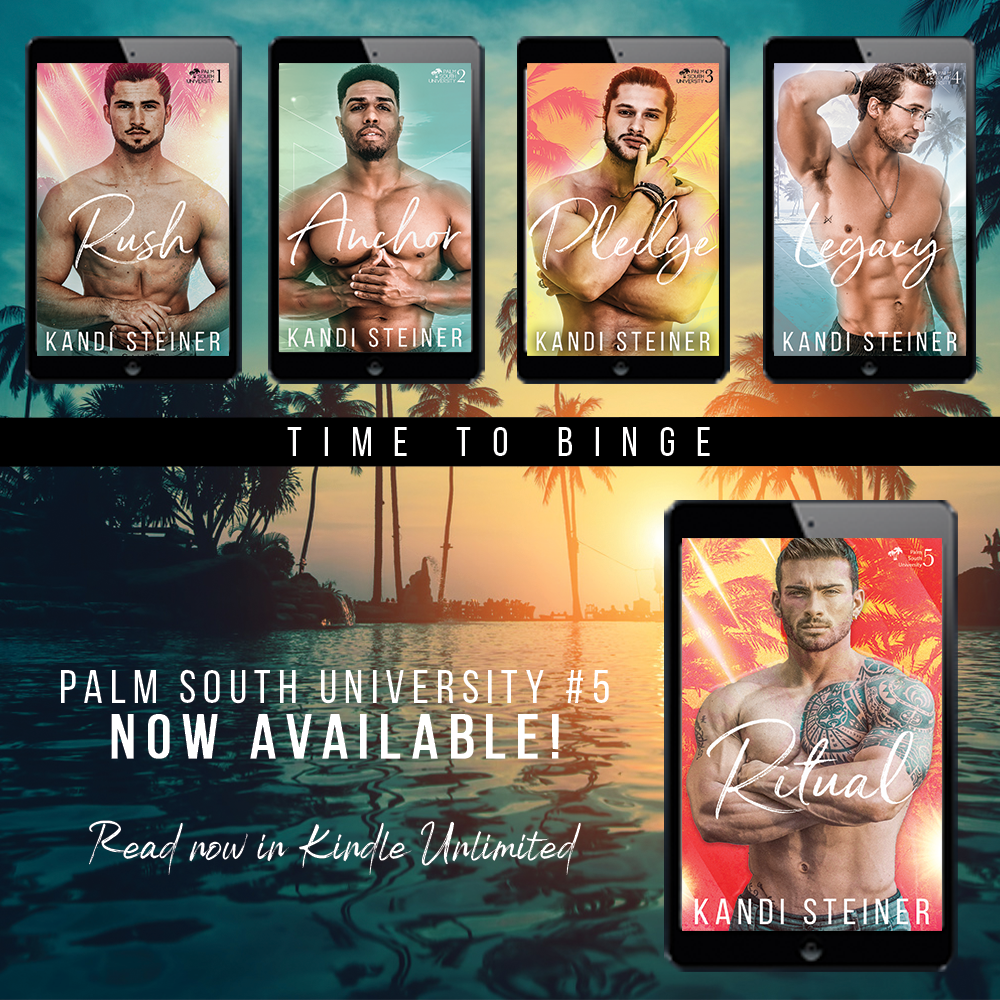 Palm South University is a new adult/college romance series. It’s PACKED with angst, steam, and drama. If you’re looking for your next addiction, THIS IS IT.

Written like your favorite drama television show, the Palm South University series has been called “a mix of Greek meets Gossip Girl with a dash of Friends.” Follow seven college students as they maneuver unrequited love, teacher/student romance, the tangles of “no strings” relationships, love triangles and more. Each “season” has six “episodes,” and just like when your favorite show hits Netflix, you can read just one episode at a time or binge the entire thing. With the perfect mix of angst, emotional romance, and romantic comedy, the Palm South University series is your next guilty addiction. 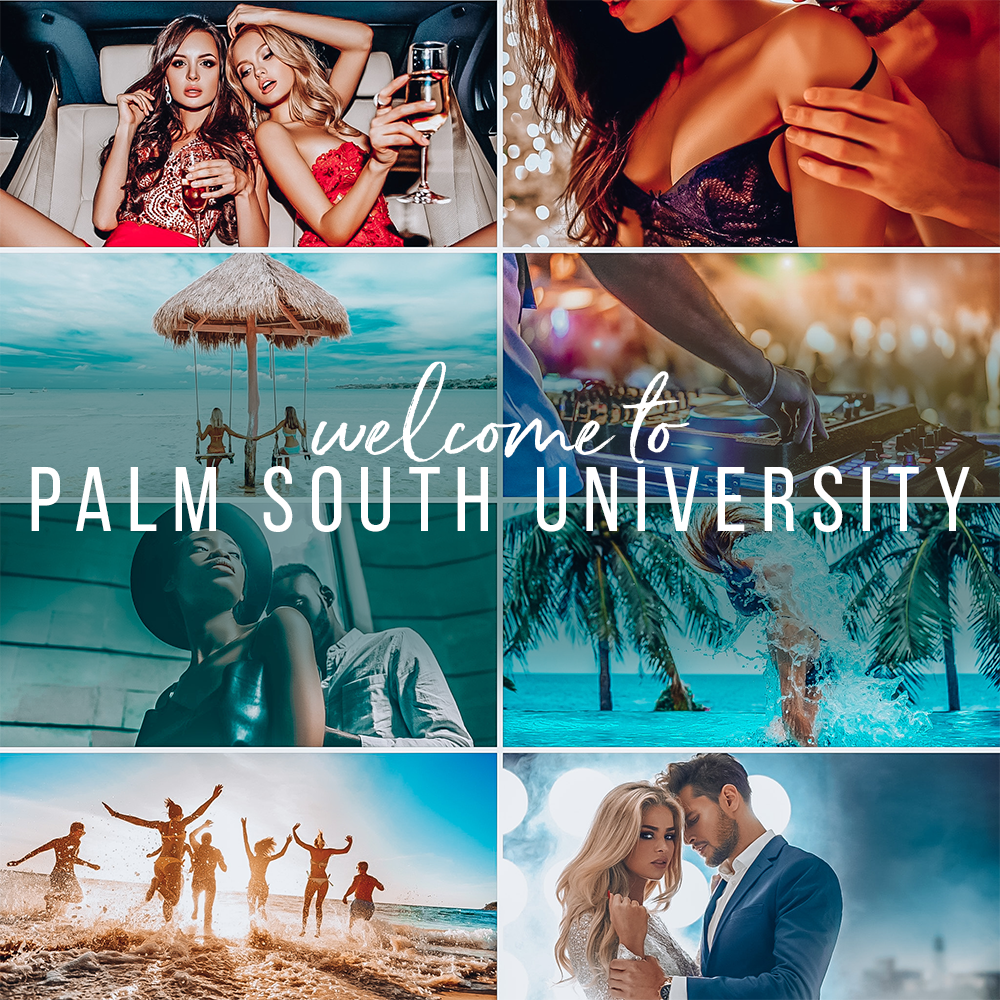 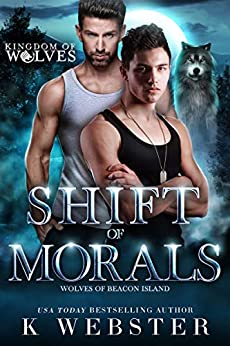 Shift of Morals; Kingdom of Wolves #5
(A standalone within a series)

Can we just twist all of my favorites into one book? Yes, it’s possible!!

I love, love, love K. Webster books! While I hadn’t read any of her paranormal books, yet, I’m soooo glad I jumped into Shift of Morals as the pool to make that plunge.

Cyrus is the Alpha of a ragtag pack in Brigs Ferry Bay, Maine. When he left his family years ago, he thought he might live alone forever, but one by one other lone wolf shifters found him and he eventually found himself the Alpha of a new pack. What surprised Cyrus more than his patchwork pack is finding a mortally wounded boy in the woods, Cyrus took Remy home and after a decade of raising and caring for him, Cyrus’ feelings surrounding Remy become a tornado of mixed emotions and he doesn’t know how to act anymore. On top of that there are murders happening all around the woods, close to where they live and dealing with an angry Remy should be the least of his worries instead of worrying about his safety when all Remy wants to do is escape from the world he’s grown up in.

I don’t want to give away too much, since there are some great plot twists, but I have to say anyone who is familiar with the Brigs Ferry Bay series, you’ll run into some of those past characters. I was jumping with glee to not only revisit those characters, but also to see how the paranormal world interacted with the mortal world. Webster didn’t disappoint.

Lastly, now that I’ve swum in the pool of K. Webster’s paranormal world, I’m excited to return again, she always delivers top notch! I loved Shift of Morals with all of the twists and angst, it was amazing! 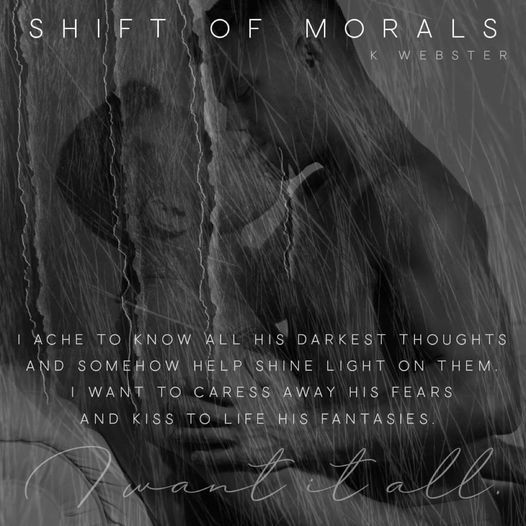 I found him when he was a boy.
Bloody. Mangled. Near death.
If I’d been a merciful alpha, I would’ve snapped his neck and ended him right then.

Except, I didn’t.
Something in his big brown eyes tugged at my heart strings.
I kept him. Healed him. Raised him to be fierce, loyal, and brave.

Now that he’s an adult, everything’s changing.
He’s no longer the soft, scared beta I once thought he was.
No, there’s an uncontrollable anger inside him.
A rage-filled hate I don’t understand.

As a dangerous pack begins tormenting us and destroying our home, I feel him pulling from me as he seeks justice.
He thirsts for revenge, even if it means leaving our pack and going solo.
But, as his alpha, I won’t let him go without a fight.

Each time he pushes, I pull him right back to me.
I’ll keep him locked in my arms or pinned beneath me forever if that’s what it takes to keep him.
A shift of morals has begun.
One I don’t understand, but certainly don’t resist.

I’m the most powerful wolf on Beacon Island. I don’t have weaknesses.
Until now.
This wild, reckless young man changed everything when he stole my heart.

This book is a steamy standalone MM age-gap shifter romance. No other books need to be read before or after this one as it is a complete story.

***This is the fifth book to release in the Kingdom of Wolves collection but is a COMPLETE STANDALONE. It’s meant to be read on its own and is a full story with a happily ever after.** 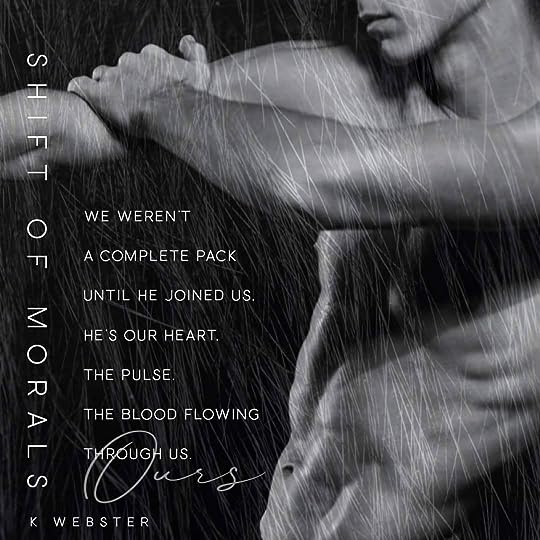 My name is Carter Trayland, And I really screwed up.

I should’ve ended things before they began. Instead, I wound up in a twisted love triangle, One that I never wanted to be a part of.

The wrong choice sent my life on a whirlwind. A woman I forced myself to love is dead. My best friend was nearly blamed for her murder. And the one I’ve always wanted, now wants revenge.

Her favorite person is gone, and she thinks it’s my fault. I’m not about to correct her either. Not when the reality is so much worse.

She can’t find out the truth of what happened. Knowing would ruin her in ways I can’t fathom. If blaming me is her way of coping, I’ll gladly carry that burden.

Because Tyeler Morgan is the one girl I’d protect at all costs.

Wreck My Plans is a standalone and part of the North Haven University series. It deals with sensitive topics that my be triggering to some readers.

“What the fuck is she doing here?” I turn toward the door to see Carter, Jace, and Jace’s girlfriend standing there. The guys look just as shocked to see me as I am to see them, but the girl next to Jace is most likely picturing ways to murder me in her mind. “You two know each other?” Amelia asks. She grunts. “Not exactly, but I know enough of her to know she’s a fucking bitch.” “Woah,” Kennedy steps in. “Easy, Paige.” “Yeah, babe. Let’s calm down a little,” Jace tries, but she’s not having it. She rips her arm out of his hold. “No! Fuck no! She tried to put you away for life, Jace. For life!” The reminder of my best friend’s murder trial is a slap in the face, and my testimony was based off my belief that he actually did it. If I had seen the tape showing the other angle before I got on the stand, I never would have agreed to testify. The one thing I can see, though, is that Jace seems to value his life a little more than he used to, because he doesn’t try to calm his girlfriend down again. Paige glares at me as she steps forward and into my face. “I don’t know what the fuck you’re doing here, but let me make one thing clear: if you try fucking with my friends, my family, we’re going to have serious issues.” There is absolutely nothing that I find intimidating about this girl. To be honest, it looks like I could have the right guy punt her across a football field. But I can respect her loyalty to her friends and the courage to jump into the lion’s den to defend them. I used to have that. She turns around and walks back toward Jace. “Come on. We’re leaving.” “No. Allow me.” I interrupt and my eyes find Carter’s. “Suddenly, this is the last place I want to be.” Neither Kennedy or Amelia try to stop me as I slip out the door—not that I expected them to. They’ve been friends with them longer. Of course, Carter manages to take everything from me. He took Davi. Now he already has Kennedy and Amelia. There’s no way those two will have anything to do with me once I start doing things to get back at Carter, and nothing will stand in the way of my plans. Nothing. As if he has an actual death wish, the door opens and Carter comes running out, calling my name. I consider not stopping. I’m sure nothing good can come from talking to him, but my anger is enough to get me to freeze. “Don’t leave,” he tells me. “I’m sorry for what Paige said.” I balk. “For what Paige said? That’s what you’re sorry for?” Running his fingers through his hair, he sighs. “Not the only thing, but it’s something I’m sorry for. Can we just go somewhere and talk?” A bark of humorless laughter echoes out of me. “No. I don’t want to go anywhere with you. I don’t even want to fucking look at you.” My fists clench, and I can feel my nails digging into my skin as he stays quiet. “You just have the perfect life, don’t you? You’ve got your team and your friends and your family. And where’s mine? Oh. That’s right. Six feet under, right where you fucking left her.”

About Kelsey Kelsey Clayton is an internationally selling author of Contemporary Romance novels. She lives in a small town in Delaware with her husband, two kids, and dog. ​ She is an avid reader of fall hard romance. She believes that books are the best escape you can find, and that if you feel a range of emotions while reading her stories – she succeeded. She loves writing and is only getting started on this life long journey. ​ Kelsey likes to keep things in her life simple. Her ideal night is one with sweatpants, a fluffy blanket, cheese fries, and wine. She holds her friends and family close to her heart and would do just about anything to make them happy.