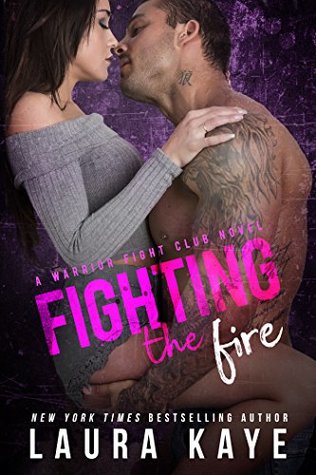 Fighting the Fire; Warrior Fight Club #3
(A standalone within a series)

Laura had me at ‘Deadpool’ references. I’ve missed her books and her writing something fierce and I’m so happy to have her books back gracing my ereader once again. Fighting the Fire is funny, steamy, and full of heart, everything I love about reading Laura Kaye’s writing.

Sean and Dani are heroes. Not only war veterans, but Dani is an ER nurse and Sean is a firefighter. They have been frienemies for the past few years, but several months ago they crossed a line and added benefits to that status. It was only one night, but that tension is still strung tight and all of their friends still notice something is cooking between them. If only they could settle whatever that is, because their frienemy status is messing with both of their heads.

When Sean has an accident Dani is there to help him out, stepping up for reasons she can’t really explain, but during his recuperation, she learns more about the man behind the snark and sarcasm. It turns out she likes him more than she should, but that is a huge problem, she promised never to fall for anyone again. Sean has a dangerous job so no matter how much she likes him, she can’t fall for him, she won’t lose anyone ever again.

The Marvel references, the heros, the great cast of characters, and most importantly the love these two find for each other in the depth of their loneliness is why I love Laura Kaye. I missed her amazing books while Laura was recouping, but I couldn’t be more pleased with how Fighting the Fire turned out and I’m so happy to see the WFC club back and stronger than ever! 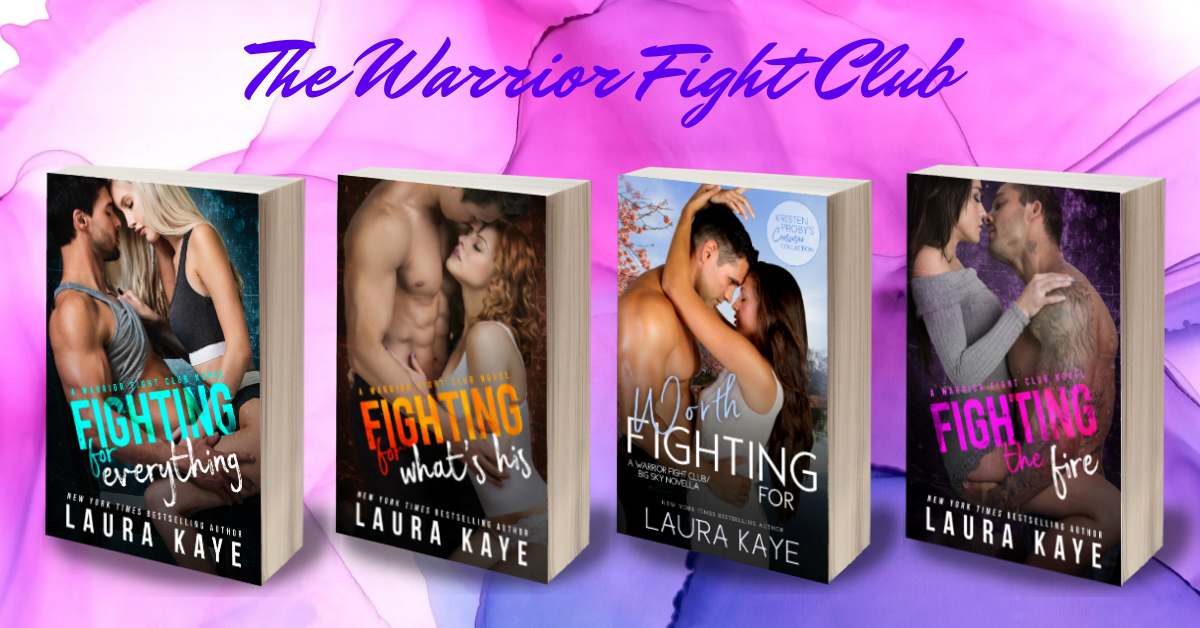 One night is never enough…

For firefighter Sean Riddick, Warrior Fight Club keeps the demons of his past at bay, even though it means seeing Daniela England. Her ball-busting sarcasm drives him nuts, and he knows he’s damaged goods anyway, but he can’t help but remember how good they were together that one time. Now he wants to take her to the mats no matter how much they go toe to toe.

ER nurse Daniela England has lost so much that she’s vowed never to need anyone again. Fight club helps her beat back her survivor’s guilt, but it means dealing with Riddick. The hot-but-infuriating firefighter is everything she wants to avoid, which is why their one-night stand was a mistake. Now she needs to keep her distance so it doesn’t happen again.

But when Dani witnesses Sean’s motorcycle accident, she steps up to help him recover. One on one, they get beneath all the snark and find a connection neither expected. As Sean heals, the sparks between them burst into red-hot passion—and ignite old wounds. Now there are fires all around—and they have to decide which they’ll fight and which they’ll let consume them.

2 thoughts on “Review – Fighting the Fire by Laura Kaye”