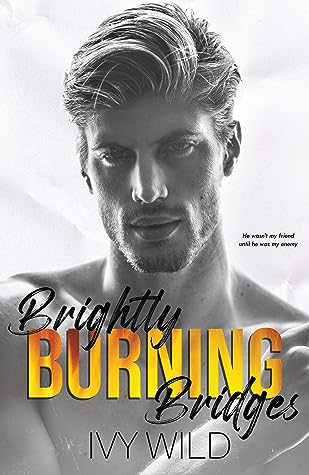 Brightly Burning Bridges; Kings of Capital #3
(A standalone within a series)

Silas Jenkins, he’s sassy, grumpy, and basically hates everyone. Actually hate requires some form of caring which Silas does not care about anything or anyone, except his mother. We find out early on that his mother is sick and dying and to the outside world money may look like it affords everything, but even money can’t buy the one thing Silas really wants; his mother’s life. The mask Silas wears outside of visiting his mother is indifference and the only other person to see underneath that mask is a girl that didn’t grow up around all the wealth and influence, Skyler Jackson.

Skyler is the polar opposite of Silas, her mom works for one of the rich families, making them the help. Where Silas is the King of school, all she wants to do is fade into the background, but the two of them form a secret bond after she is basically blackmailed into doing his homework. Their friendship (if you call it that) doesn’t end well, as secrets between emotional teens never do, but ten years pass and Skyler finds herself trapped in Silas’ web once again and this time she may not be able to escape.

I was completely drawn into how this story was crafted. It moves back and forth between the present and the past, giving snapshots on how Skyler and Silas not only befriended one another, but how they reconnected ten years later. The timelines moved perfectly and kept the pages turning, while keeping their personalities in sync to who they were and who they grew up to be not only alone, but also together.

Silas is such a lost soul, swimming in a cavern of self doubt when it comes to feelings or intimacy which is why he’s turned that emotion off. Simultaneously he’s man of no doubt when it comes to something he wants. He pushes and correls until he gets the desired outcome. The rare exception to both of these things in his life has been Skyler and he’s never known what to do about it, she is a rare light around him and this is what love truly does for someone, especially someone like Silas.

Skyler, a girl who prefers to hide, but she is also a girl filled with passion. She only shows the world her shadow, but around Silas she releases that fire. Silas wants her fire, he thirsts for it. Skyler has to make a decision if she wants to burn for him or walk away when he returns to her life. Together they are combustible and she isn’t sure she’s ready to burn more bridges.

I really loved how everything fell into place and how the entire story was constructed. Excellent plot and beautiful moments. I would read Ivy Wild again in a heartbeat!

He wasn’t my friend until he became my enemy.
His center is freezing cold,
and his edges burn me when I get too close.
He is everything I want and nothing I am.
They say not to burn bridges,
but he burned ours to the ground.

She is the girl who wants to be seen,
but hates being noticed.
She was my friend, my tease, my confidant.
She is pure light against all my darkness.
The reason you burn down bridges,
is to build them up stronger. 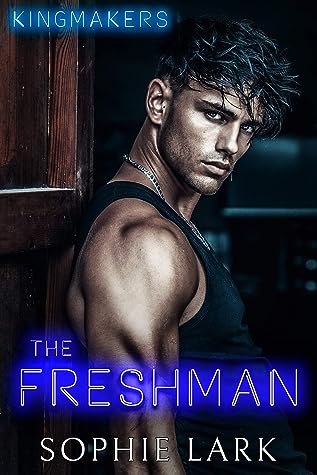 The Freshman; Kingmakers #1
(#1 within a series)

This was my first Sophie Lark book and what a better time to jump into her world than with a new series. Every student attending the Kingmakers Academy are the children of past characters, which I personally had no knowledge of, but Sophie did a great job of blending the past into the present story so I was never lost while I was reading. The three main characters in The Freshman center around Leo Gallo, Anna Wilk, and Dean Yenin.

We enter a world where the mafia from all over the world send their children to one central location to learn everything they can (like college) before returning home to either take over their families enterprise or help run it in some capacity. I loved the classes that the students attended such as; money laundering, sniper class, mafia history, combat training, etc…these children were learning every aspect of how to run their organization from the ground up and what made them successful. This is a very clever concept.

On top of just learning there is a contest every year, similar to Harry Potter, but deadly and certainly without magic, where each class has to work together to compete and eventually be the last class standing. With so many “top dogs” on campus how students handle the games is an adventure every year, but for the incoming freshmen it’s a new experience all together and they have never won. With this new class can they pull it off?

While students are attending classes, playing the wicked games, we also have a love triangle going on between Leo, Anna, and Dean. This part of the story is a little slow to play out at first, but I think it’s because there is so much of the meaty storyline to pack in. This is the first book in the series which means there is a lot to set up. History, background, secondary characters, etc…everything that may seem to drag the story will be pertinent, but it just takes a bit to finally get there. Once Leo, Anna, and Dean finally get the ball rolling the plot really takes off and it doesn’t stop until the very end.

As for Leo, Anna, and Dean their whole love triangle will constantly pull at those angsty love strings. GAH! I was flipping all over the place and I really did not see the end coming. They say every villain is the hero in his own story so this was the perfect beginning.

Mafia families from around the world send their children to Kingmakers Academy to learn the skills of criminal enterprise.

Under the rules of Sanctuary, students are forbidden to fight or kill. But rivalries are high, tensions inflamed, and forbidden love arises in the most unlikely places…