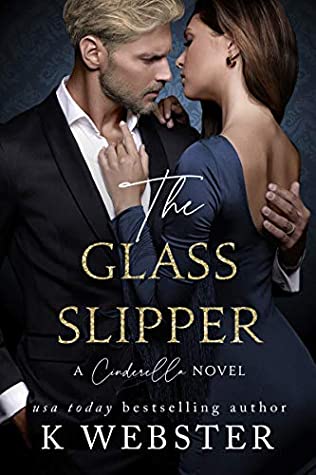 The Glass Slipper; A Cinderella Novel #3
(#3 within a series)

What an amazing end to this fantastically written series!

Winston Constantine is no Prince Charming. He’s an elitist billionaire with a bedroom kink that should be kept in the bedroom, but when their kinks become public Winston has fires to put out and he remembers where his head needs to be, not on Ash, but on the Constantine name. Team Constantine all the way!!

Winston Constantine couldn’t be more perfect in his dark, brooding, moody, and kinky behavior. He’s not your vanilla Prince Charming and he never claims to be, but in Ash Elliot he found the perfect partner, he just claims over and over that he doesn’t need a partner. He fights everything he feels for Ash, claiming she’s just a toy, he doesn’t need her, but could it true when the prospect of really losing her crushes the heart he also claims not to have. Oh, these antiheros are glorious when they fall and Winston is beautiful!!

Ash is no wallflower. Winston helped her step out of the shadows and she never wants to go back. When their private life becomes public she should be horrified, especially when Win sets her aside like yesterday’s underwear. She also knows that she won’t give him up without a fight. Ash may be twisted in what she likes, and she likes Winston and how they are together, she won’t apologize for that. She will fight for what they have no matter how much Win wants to dismiss everything they have.

I love that Ash never once backs down from what she desires, which number one is Winston considering he comes with his dark personality, but that also means he comes with his depraved bedroom side, yum! Number two I also love that she has a great relationship with the other Constantine family members outside of Winston. Perry is the best and I’d love to read his own story. His lighthearted ways and his special friendship to Ash is so cute, he’s the perfect levity to the story that offset any darkness.

I’m going to miss the dirty talking anti-prince and his maid, but the entire Constantine world is still continuing with other authors. There is always hope that we’ll see more of Win and Ash within the Midnight Dynasty Collection, and a girl can always dream. 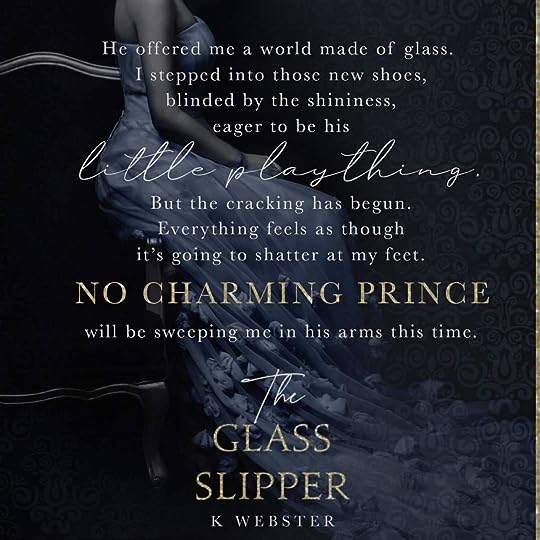 Betraying the most powerful man in New York wasn’t something I ever envisioned when I first started playing games with Winston Constantine. But he’s engaged in far more dangerous games than ours, and his enemies are out for blood.
Winston has my heart, the Morellis have incriminating photos, and I’m left with nothing except three stepbrothers who want to hurt me and a future in doubt. I knew Winston wouldn’t be my prince charming, but that didn’t stop me from falling for him.
After all, the slippers fit, and I let myself believe I’d be dancing with Winston forever.
Until too much truth comes to light.
Until I realize instead of ruling the board, I was just a pawn.
In the end, I have only one question. When his game with me is over, will I be able to pretend as if the glass slipper wasn’t a perfect fit? 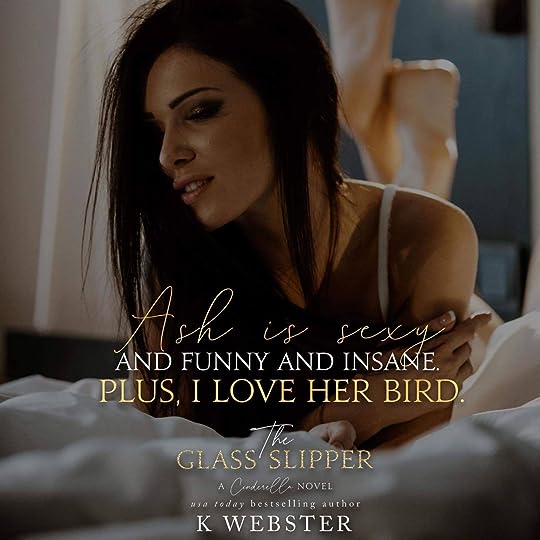 Books in the Cinderella Series and must be read in order! 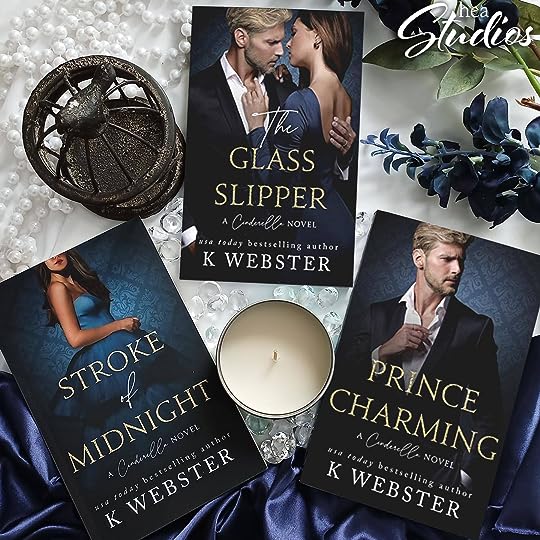 2 thoughts on “Review – The Glass Slipper by K. Webster”