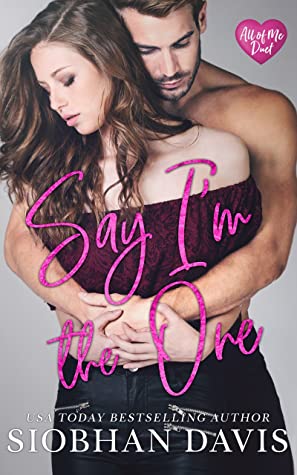 Super angsty, which team do I side with and could Siobhan just rip out my heart a little more….ahhhh!! What a first half of a duet!! Wow, I could not put this book down and I need the second half now!

Vivian and Reeve have been childhood best friends who eventually become more in their teenage years. Their love is strong, since their foundation of friendship lead the way, but when Reeve lands the roles of all roles and becomes the next Hollywood heartthrob it pokes holes in their love and begins to tear apart the very foundation of everything they had. What’s worse is it leaks poison into the very fabric of Viv’s self esteem, her trust in others, and everything she believes about herself going forward.

When things eventually get to be too much Viv leaves L.A. and transfers her university credits to Ireland. Away from the social media scorn, the world that seems to have turned on her, and the boy who promised to always be by her side, Viv heads towards a fresh start needing time to heal, which is exactly what her soul needs in every possible way.

In the Emerald Isle, Viv never dreamed of meeting great new friends and especially meeting a man who could ever fill the place in her heart like Reeve did, but along comes Dillon and as much as she tried to fight it, Dillon’s presence was like a wrecking ball kicking out the bad memories of Reeve and replacing them with new ones.

So different from the man she left behind Dillon is reckless where Reeve was meticulous. Dillion is passionate where Reeve was gentle. Two sides to every argument she can come up with and yet Viv tries her best never to compare the two. Focusing just on spending time with Dillon and becoming a stronger version of herself, she knows her time is limited. She tries very hard to not fall in love, but when the time comes to leave, she just might leave a piece of her heart overseas.

While reading I found I identified with Viv a lot while she struggled in her relationships. Losing herself to begin with was something I did in my younger years. Having nothing left when your relationship is over is brutal, especially when hindsight is slapping you in the face. While Viv found so much strength later on, I know what it’s like when you are devastated at that moment.

While I know this book isn’t finished and the story is just in the middle because, ooooooohhhhh what a cliffhanger!!!!! I’m dying for it to continue because Viv is caught in this love triangle and it isn’t over yet! GAH!!!

From the USA Today bestselling author of Inseparable and When Forever Changes comes another emotional, angsty, new adult romance that will rip your heart apart before mending it again.

I’m head over heels in love with my best friend. Although, I can’t pinpoint exactly when Reeve Lancaster became my entire world.

Was it when we were little kids, practically brought up together, after Reeve’s mom died during childbirth and his dad subsequently fell apart? Or when I doodled his name in my school journal at age ten? Maybe it was when we became boyfriend and girlfriend at fourteen or when we shed our virginity at sixteen, pledging our forever?

I was there as his star ascended—like I’d always known it would—and there wasn’t a prouder person on the planet. As the only child of Hollywood’s golden couple, I’ve lived my life in the spotlight enough to know it wasn’t what I wanted for my future. But I sacrificed my own desires, because Reeve’s happiness meant everything to me.

Until he crushed my heart into itty-bitty pieces, forcing me to fly halfway around the world just to escape the gut-wrenching pain.

The opportunity to study at Trinity College Dublin came at the perfect moment, and I jumped at the chance without hesitation. If I’d known fate was meddling in my life, perhaps I would have chosen differently, but my future was cemented the instant I laid eyes on him.

Dillon O’Donoghue was Reeve’s polar opposite in every way, and perhaps, that’s why I felt drawn to him. He was the dark to my light. The thorn in my side, irritating me with his cold disdain, wild recklessness, and a burning rage hidden deep inside him that spoke to a silent part within me. Yet Dillon showed me what it was like to truly live, opening my eyes to endless possibilities.

What happened next was inevitable, and I only have myself to blame. He warned me, and I knew my reprieve was temporary, because there is only so far I can run.

Especially when fate hasn’t finished messing with me yet.