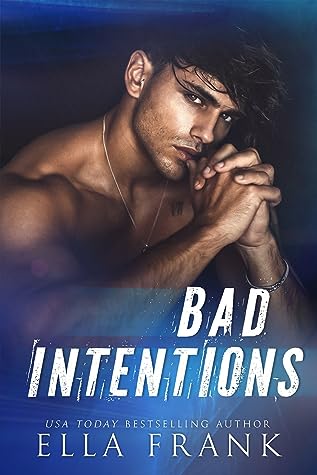 Review:
So amazingly good, I was smiling through the entire book. I read it from cover to cover and didn’t put it down until I was finished.

Gabe is confident, charming, snarky with just a hint of sassy that made him so darn likeable I couldn’t imagine anyone in his life not liking him or even saying no to whatever he asked for. What makes him even more likeable is that he’s not arrogant or bossy, he’s energetic and carefree while also being pulled together and organized. I want him on my side and totally as my friend any day of the week because Gabe’s energy is completely infectious and I’m totally in love with him.

Marcus is almost the complete opposite of Gabe in that he’s controlling, a complete workaholic, wears a perpetual scowl and knows that his only long term relationship has ever been with his work. While he’s drawn to Gabe and his confident, charming attitude, deep down Marcus knows in the long term, it would never work between them. The age gap alone would worry him, but it extends further than that as he actually gets to know the vibrant man. The closer he gets, the more he wants, and Marcus knows he has to cut ties before he gets too deep.

I was not prepared for how thoroughly I enjoyed this book on a different level than Ella’s other books. Yes, it’s interconnected to Ella’s other books, with some of the same characters popping in, but the last book I read had a whole suspenseful edge to it. While I should really know better than to judge a new book and hold it to those same guidelines, Bad Intentions is just amazingly different in a totally awesome way. It’s witty, and steamy, and full of such charm and passion, I loved reading every page of this book and I’m going to be really sad when the duet comes to an end.

Everytime Marcus was grumpy or grouchy, Gabe basically turned that frown upside down (not literally since I’m not sure Marcus knew how to smile, but in the sense that Gabe was charmed by Marcus’ personality). These two were each others’ yin and yang. I was charmed by Marcus’ grouchy because Gabe was…well, he just made everything delightful. I desperately need a Gabe in my life. ❤ Basically, everyone could use a Gabe in their life and the world would be a better place.

When I showed up at my roommate’s work party, the last thing I expected was to find a man straight out of my dreams. But when the crowd parted and the fates aligned, there he was, waiting for me. Marcus St. James, president of ENN WorldWide News.

Sexy and powerful, with a stare that could freeze you in place, Marcus was the perfect reward for securing a job at Mitchell & Madison, the best law firm in Chicago. To play with the big fish, however, one must become a big fish, and that’s where my little white lie began.

The only problem? It wasn’t my name, and now I wanted more—much more.

But how can anything good come out of something that started with such bad intentions?